Texas Deathtrap Roller Coaster Company Will Investigate Itself, For Freedom 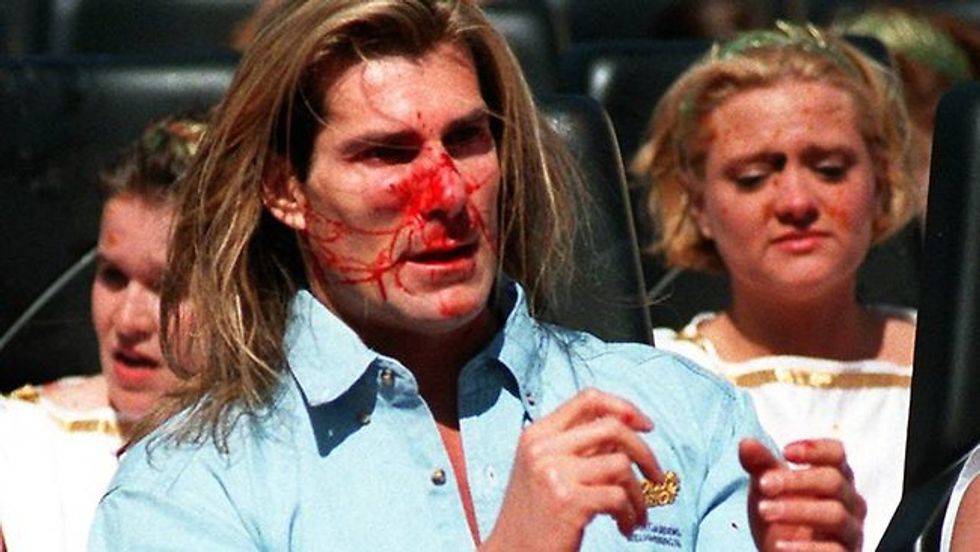 "With No Safety Oversight, Six Flags Will Investigate Roller Coaster Death Itself," says a U.S. News headline that we totally could have written. Does it surprise you to learn that this death trap of an unregulated roller coaster is in Texas? No, of course it doesn't. Does it surprise you that there are absolutely zero elected or appointed officials charged with coordinating the legislative, bureaucratic, or legal ramifications of such a death? No, it is Texas, so this too is unsurprising.

Rosy Esparza of Dallas died Friday night when she fell from the Texas Giant, which is billed as the world's steepest wooden roller coaster.

Six Flags initially said in a statement that it was "working with authorities" to figure out what happened. But it later had to admit that it was running the investigation itself because there are no authorities to work with.

Additionally worth noting: Rosy Esparza's body was more regulated than the machinery of the roller coaster that killed her, due to Rick Perry's recent penchant for "protecting women's health" (so long, of course, that he is not protecting it from unsafe carnival rides and unsupervised fertilizer plants; those things are different because they have to do with FREEDOM).

That's the case even though the Amusement Safety Organization, based in Montecito, Calif., had previously recorded four "significant injuries" on the ride this year, after having recorded seven last year. Nearly all were for whiplash-like neck injuries, it said.

The Texas Giant, a 14-story-high, 4,900-feet-long roller coaster that is among the premier attractions at the park in Arlington, Texas, remains closed until Six Flags concludes its investigation, a park spokeswoman said. The park gave no timetable for reporting any information.

It's cool, they can just take their time, do the investigation of themselves, and when they are ready, just go ahead and tell the public what they decided. If they feel like it anyway -- no pressure. Wouldn't want to hurt small business. Or freedom. After all, this is Texas.