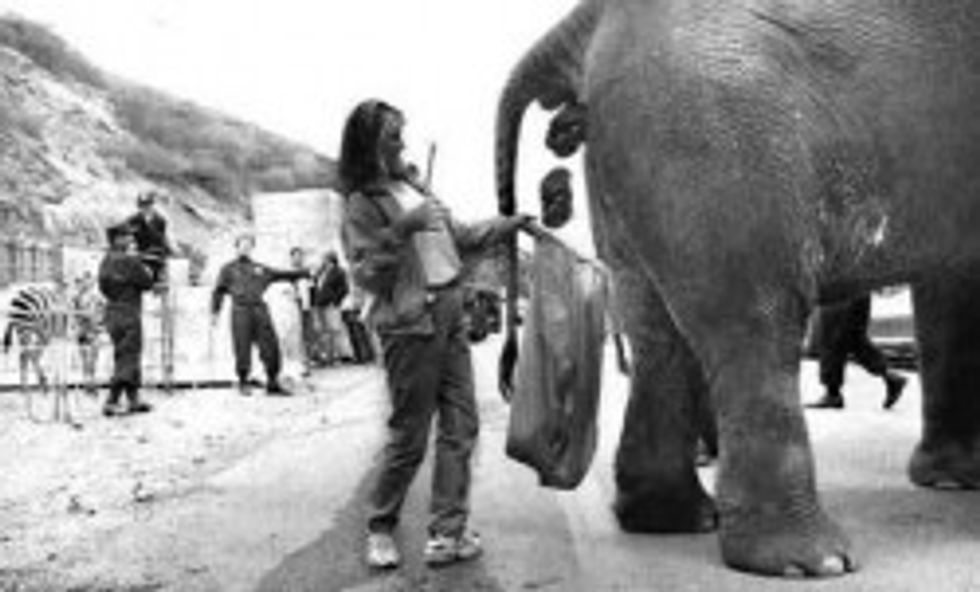 Hooray! The Texas GOP has published its2012 platform! It's a bonanza for list-makers, from Think Progress to Comedy Central, because it's just THAT FULL of crazy. It’s a veritable Boffo’s Joke Emporium Grab-Bag of lunacy: we’ve got pledges to repeal the 1965 Voter [sic] Rights Act, to stop the womenfolk from doing ungodly things with their sinful ladyparts, and to keep the UN from tainting the water supply with homosexual Kenyan-born Day-After Pills.

But the awesomest part of the platform is to be found in the section on Edumacation. No, it’s not the ringing endorsement of corporal punishment, nor is it the predictable support for promoting freedom by forcing children to pledge allegiance to both the US and Texas flags. Heck, it’s not even the subtle shift from an open "Cdesign proponentsist" agenda to a pseudo-neutral call for students to be able to answer “God Did It” on a biology test “without fear of retribution or discrimination,” or even the plan to base all US History lessons on the art of John McNaughton.

Nope, the real zinger of the 2012 GOP platform is what appears to be a declaration of war on rational thought itself:

We oppose the teaching of Higher Order Thinking Skills (HOTS) (values clarification), critical thinking skills and similar programs that are simply a relabeling of Outcome-Based Education (OBE) (mastery learning) which focus on behavior modification and have the purpose of challenging the student’s fixed beliefs and undermining parental authority.

Now, despite the ample circumstantial evidence found throughout Texas politics, this plank does not really represent an all-out assault on logic. Rather, it’s an enthusiastic reacharound to the paranoid anti-secularism wing of the Christian Right, which has a long history of paranoid freakouts over the thought that children might be encouraged to question anything said by a parent, pastor, or other legitimate authority figure (a category which does not include foreign-born Preznits, of course). So the paranoid anti-secularism wing of the Religious Right doesn’t oppose ALL “critical thinking”; in fact, it’s very much in favor of critical thinking as long as such thinking leads to the correct conclusions.

Take, for example, Your Correspondent’s experiences in grad school, around 1985, during the early, heady days of the Moral Majority’s first surge in popularity. Your Correspondent spent some time observing a small Christian school using the “Accelerated Christian Education” (ACE) curriculum (those are the nice folks whose recent biology texts suggest that the Loch Ness Monster disproves evolution). As we noted in the comments on that Nessie story, a fifth-grade Language Arts lesson on "Fact and Opinion" explained the critical thinking task something like this:

A fact is an observable reality, something that can be quantified or measured, or God's Inerrant Truth as revealed through the Bible.

* The table is made of wood.

* Washington DC is the capital of the USA.

* Jesus died to take away all our sins.

* God created the world and all life in seven 24-hour days, less than 10 thousand years ago.

An opinion is a matter of taste, a view or judgement about which people might reasonably disagree, or a "scientific" claim that contradicts Biblical truth.

* Blue is prettier than yellow.

* My mom bakes the best chocolate chip cookies in town.

* Mr. Jones is a better candidate for Mayor than Mr. Smith.

Giganto Disclaimer: We wish we had made a photocopy of the exact text, because it was a doozy and we have not been able to find it online -- this is a reconstructed paraphrase of the gist of the lesson, not a direct quote. Anyone citing this as the actual content of the ACE text would be a dirty liar.

So, yes, think critically, kids, but don’t think so critically that you ask any inconvenient questions, like “wouldn’t two of every animal species on Earth produce so much shit that the Ark would be full to the top within a matter of days?” (Beyond the obvious Biblical nonsense, there’s also some empirical evidence that the particular methods in ACE’s curriculum leaves students less well prepared for college entrance exams than conventional high schools.)

Let us be clear about this: Texas is only against the wrong kind of critical thinking -- the dirty librul kind, which isn’t even really thinking at all, but indoctrination, you see. As college-degree owner Rick Santorum knows, too much education will only turn you into a commie and an atheist. Texas Republicans promise they'll nip that thinky-learny shit right in the bud.