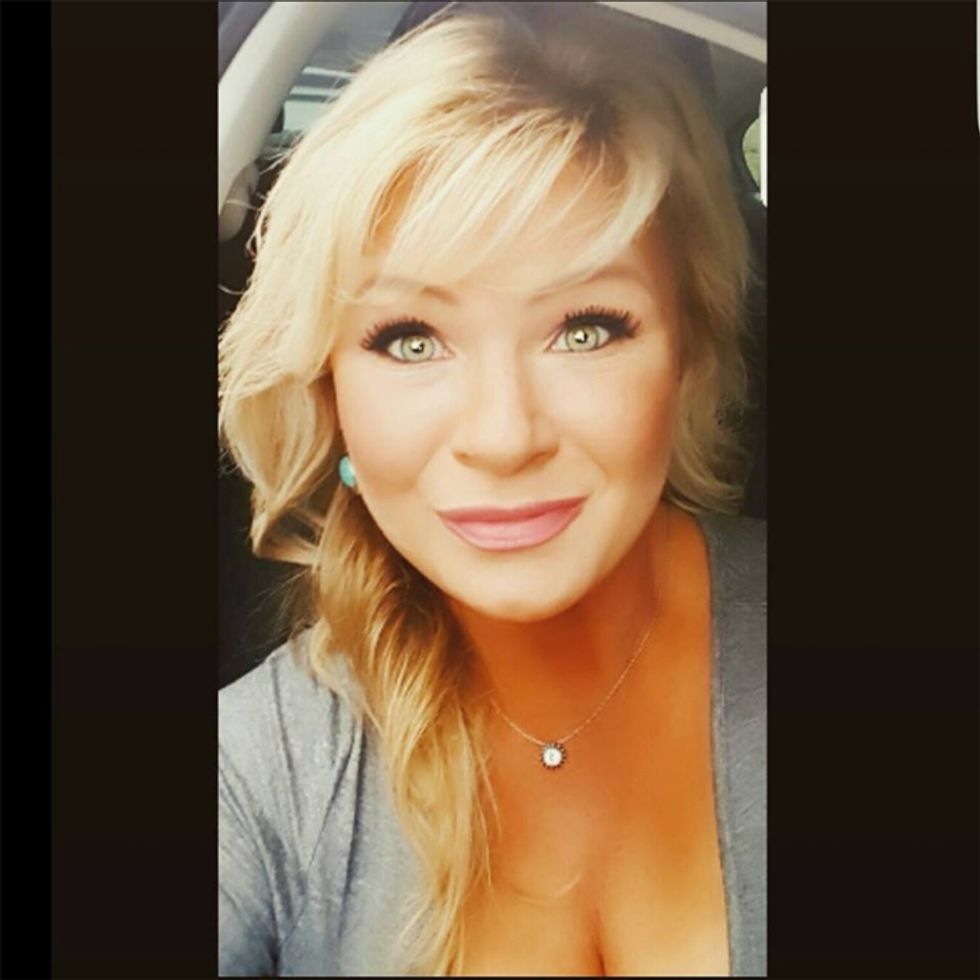 With those eyes, she could have run for the legislature

In another case that's a complete outlier, because almost all Responsible Gun Owners are law-abiding until they aren't anymore, a Texas mom shot and killed her two daughters Saturday:

Christy Sheats, 42, shot and killed her two young daughters, Taylor, 22, and Madison Sheats, 17, on what neighbors said was their father’s birthday, according to local reports. A family spat started inside the married couple’s Houston-area home and spiraled into gun violence that spilled out onto their street.

“It was a family argument that turned into a shooting,” Fort Bend County Sheriff Troy Nehls told the Houston Chronicle. “But we’re still trying to put the pieces together.”

Husband and father Jason Sheats was uninjured but was taken to a hospital because he was emotionally overcome by the shooting.

The National Rifle Association has not yet explained how more guns in the home could have improved the situation, unless perhaps the daughters and husband had also been carrying during the family get-together.

Neighbors told Houston TV station KTRK that the couple had been separated, but had recently gotten back together. The shooting occurred on Jason's birthday, as these things often do. We're still waiting on NRA executive vice president Wayne LaPierre to warn of the dangers of birthday celebrations.

Sheriff Nehls said records showed deputies had been sent to the home multiple times in the past, "But as to why we were called here, I don't know," Nehls said.

Ms. Sheats posted occasional pro-gun messages to her Facebook, such as this inspiring meme from January 9, to which she added the message "That's right! #merica." The hashtag doesn't appear to be ironic.

According to Jezebel, Sheats also posted this message to Facebook along with a video from 911Strong, in March of this year, although the post seems to have been removed since then:

It would be horribly tragic if my ability to protect myself or my family were to be taken away, but that’s exactly what Democrats are determined to do by banning semi-automatic handguns.

It would appear that despite her uninterrupted access to firearms, she was nevertheless singularly bad at protecting her family. According to a witness, both daughters tried to flee the house, along with Jason, who was able to reach a neighbor's house to call police.

One of the daughters, Taylor, was already wounded, and collapsed on the street, the witness said. The witness, a neighbor, said he saw Christy Sheats come outside with a gun and then go back inside and reload. She came back outside and shot Madison in the back, the neighbor told the news station.

So thank goodness for the unalienable right to protect ourselves from an oppressive government. Had her daughters been Blue-Helmeted UN Invaders, Sheats would have definitely stopped them cold.

The Supreme Court has declined to hear appeals to laws banning the sale or possession of assault-style rifles in Connecticut and New York. Guess that issue's settled, then.

We should note that despite the claim in Sheats's Facebook post, Democrats have not attempted to ban semiautomatic handguns, although in some states they have passed bans on semiautomatic assault-style rifles and on high-capacity magazines. The Supreme Court refused to hear an appeal against such limitations in New Jersey and New York just last week.

Another sheriff's office spokeswoman, Caitilin Espinosa, told People that deputies had previously been to the family's home to deal with Ms. Sheats's "mental crisis," although she didn't provide additional details. So chalk this one up to "mental illness" and go buy more guns. Especially if there's someone in your family who's mentally ill. The only responsible solution is to carry at home, 24-7. Once we get enough guns into everyone's hands, we should expect the number of shootings to eventually go down, along with the population.

Responsible Open-Carry Advocate Shot Up Her Family. We Guess They Must Have Been Bad

There seems to be something of a trendlet with folks loudly talking up their sacred Second Amendment rights and then shooting up their families. like the nice Texas open carry advocate who shot her husband and adult stepdaughter in 2014 (she was recently sentenced to life in prison) and the patriotic North Carolina dad who murdered his two little boys last August after beating up his wife. Remember, though, these are extreme outliers, and not at all representative of the safely armed populace.