Texas Gun Fanatics Only Did A Few Crimes, What's The Big Deal? 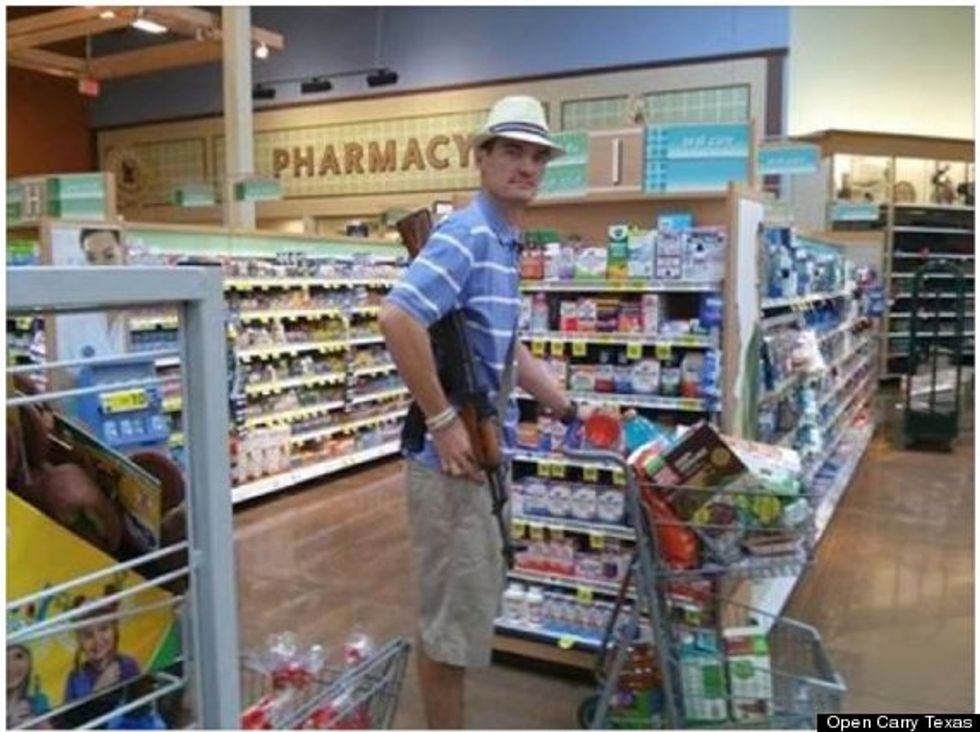 We are simple, trusting folk, so when people tell us they want to liberalize gun laws out of fealty to the Constitution and a love of personal freedom, we totally buy it. So thoroughly guileless are we that we don't even question their motives when a number of them have criminal records that put them afoul of the laws they're trying to repeal, as is the case in Texas. So what, a petty criminal can't love freedom too?

Look, just because a guy can't get a concealed carry permit due to "convictions for deadly conduct, criminal mischief and drunken driving," that doesn't mean he's out there campaigning against permit laws solely for his own benefit. And so what if a different guy was "one of three teenagers caught with two 15-inch subwoofer speakers and 44 CDs stolen from a pickup on Southgate Drive," and more recently was arrested for "interfering with police," making him ineligible to carry concealed?* Does that mean he can't fight for our rights, even if we never asked him to and don't want the rights he's fighting for? No, it doesn't.

Sure, a cynic might look at a term like "constitutional carry" and figure it's just a more palatable, PR-friendly way of saying "repeal all gun licensing requirements and restrictions." And maybe it is! But it might be something else, too. Something having to do with philosophy, maybe? Some real Socrates shit, like. You know, meatpsychics.

Also, let's bear in mind that apart from that lady that killed her whole family, the Bundy Ranch couple who shot up Vegas, that Oklahoma guy who shot the chief of police, and many other recent cases, there's no evidence that gun rights extremists are especially prone to violence.

Here's the bottom line: It's easy to assume people are only out for themselves. And nine times out of ten, they are. But that tenth time, that beautiful, innocent, shining time when the usual bullshit smokescreen isn't bullshit, or a smokescreen -- let's treasure that.

Okay, that's enough treasuring. Get back to work.