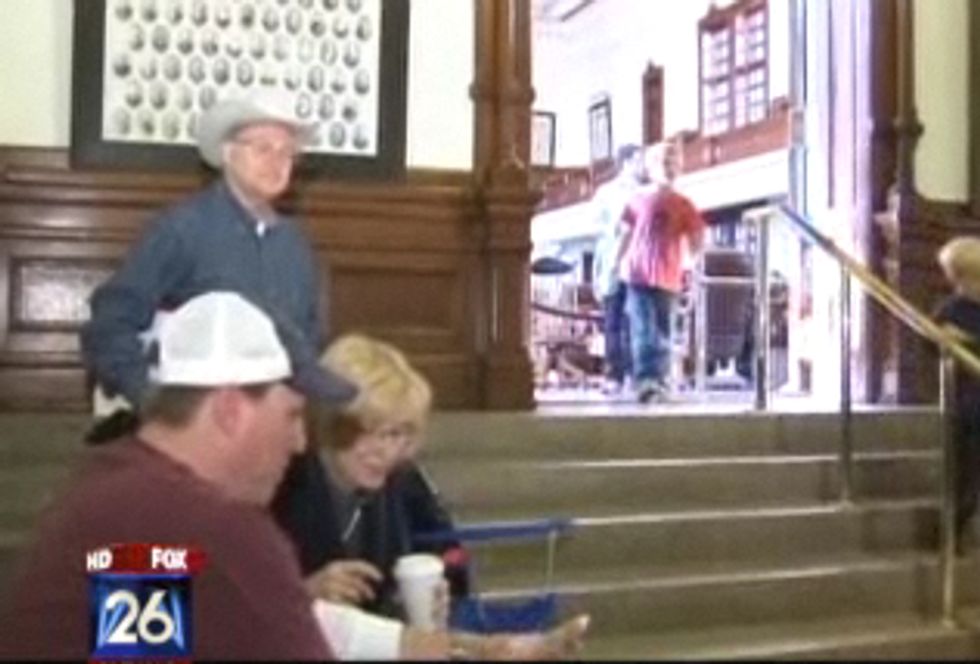 State Rep. andterror-baby aficionado Debbie Riddle of Texas camped out in a folding chair in front of the legislative clerk's office yesterday to make sure she was the first (OF MANY! USA! USA! USA!) to introduce a version of Arizona's racial-profiling immigration law into her grand state's legislature. This is an interesting new tactic for state lawmakers. Sure, everyone knows it's cool to be afraid of the brown people and all the times they are planning on murdering your precious white brat children, but it's hard to tell who is the coolest. Yes, there are those who each come up with the new idea that breaks the previous world record of hate, but those guys are immigration nerds. The real cool people are those who are the first to make this hate happen, and the best way to do that is to sit outside all night in a folding chair like you're waiting to buy concert tickets. CONCERT TICKETS FOR THE ULTIMATE HATE CONCERT!

This is some really jawsome scary-Mexican B-roll footage, Fox affiliate. Somebody is going to get called up to the Fox major leagues. Also, haha, when this lady is talking to the reporter she doesn't notice two scary old brown people walk down the stairs RIGHT BEHIND her, here in the people's legislative building.

Meanwhile, other Texas lawmakers say they want to stop giving children and Medicaid recipients health care, because the federal health care reforms are too stressful for them or something. It must be hard to be a Republican legislator in Texas. Everything is a dick-measuring contest. [Houston Press/Texas Tribune]