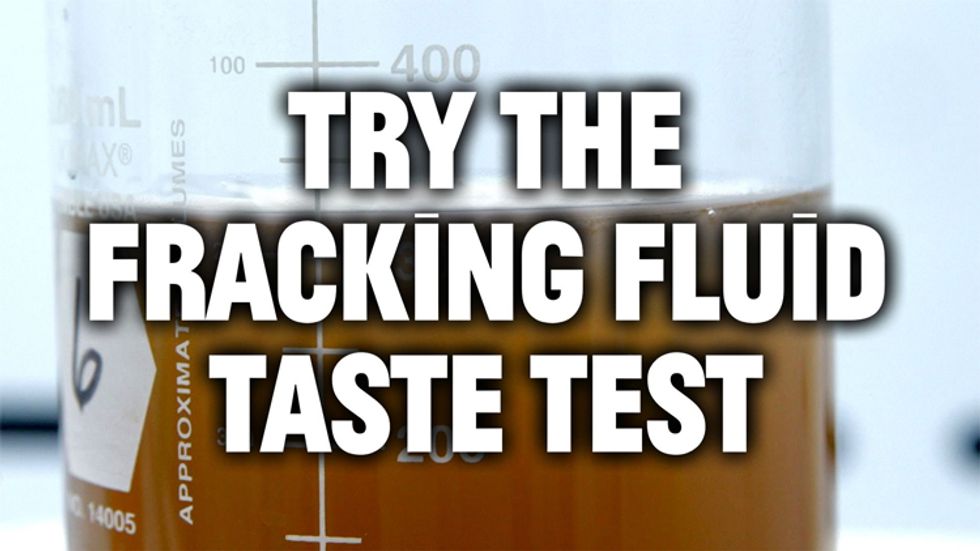 This story supported by a grant from the Patty Dumpling Endowed Chair for Oil Spills, Fracking, and Astroturfing.

As we all know, there's nothing more sacred to small-government conservatives than the idea of local control. It's why Common Core is evil, and so is anything else that's done at a national level. States rights! Let people vote for themselves whether the gheys in their cities or states can get married or blacks can vote! If you take the principle far enough you get the sovereign citizens, those great patriots who love the American ideal of freedom so much that they pretend they don't have to recognize the United States at all. It's all about local sovereignty, except when it isn't of course. And in Texas, they love the idea of local control so much that people think it's just sensible to think about secession, and last year the state's oil and gas regulator -- weirdly enough, the office is called the "Railroad Commissioner" -- promised to hurry up and extract all the oil and gas from the state just to be ready for the End Times.

Needless to say, Texas also considers the value of local control considerably exaggerated when a municipality decides to pass a law that prohibits fracking in their fair community, as the good people of Denton, Texas, did last Tuesday. Current Railroad Commission Chair Christi Craddick explained that of course she is going to keep issuing drilling and fracking permits in Denton, because the city has no authority over what gets pumped into or out of the ground it sits on. Besides, Craddick explains, the voters obviously knew nothing about what a wonderful thing fracking truly is, and that's the only possible reason they could have voted to ban it:

“We missed as far as an education process in explaining what fracking is, explaining what was going on. And I think this is the result of that, in a lot of respects, and a lot of misinformation about fracking,” Craddick said.

“It’s my job to give permits, not Denton’s… We’re going to continue permitting up there because that’s my job,” she said.

Silly uppity locals, messing in things you know nothing about! If you'd just received better communication, you wouldn't worry about your water catching fire or about all those little earthquakes (doesn't take much to rip you into pieces). Also, you have no authoriteh, and the Railroad Commissioner need not pay attention to your "laws." Hey, maybe that's where her office gets its name -- it's a verb, not a noun.

The fracking ban is already the target of oil industry lawsuits, and the state legislature is also considering intervention. Because local sovereignty is a fine idea when you're bravely opposing an out of control federal government and keeping the UN from invading Texas, but not when you're getting in the way of Exxon/Mobil or Chevron. Besides, hasn't Chevron suffered enough at the polls this year?

Maybe Denton should consider seceding. Or grazing some cattle illegally.