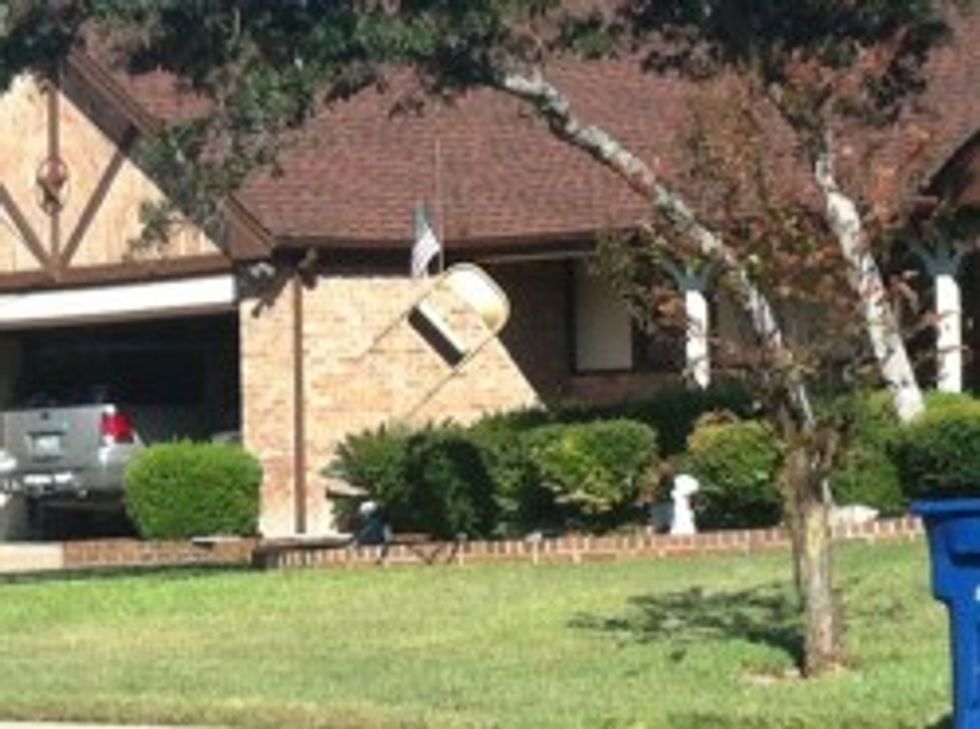 If lynches were wishes, the president would be white.

A nice patriotic fella down in Austin, Texas, has taken to protesting our Kenyan usurper president in the most calm and rational way possible: lynching an empty chair. Via Katherine Haenschen:

I called the homeowner to ask about his display, citing my concerns as a fellow Austinite. He replied, and I quote, "I don't really give a damn whether it disturbs you or not. You can take [your concerns] and go straight to hell and take Obama with you. I don't give a shit. If you don't like it, don't come down my street."

Ironically, the homeowner in question, Bud Johnson, won "Yard of the Month" in August 2010 from his Homeowners Association. I guess his display was a little different that month?

Correct, lady. It was August 2010, at the head of Teatard Mania, so he hung a man made of teabags with a "watermelon flavor" sign around the neck and, in case you didn't get it, a small sign underneath that said "The Slow Drip of Liberty" and then next to it, "For Whites." SUBTLETY.

The best part is that now Bud Johnson has added an American flag to his lynching exhibit, as you can see. It really does drive home the point that in America, we reserve the right and the privilege to lynch any figurative thing we goddamn please and to stick any symbol up that figurative thing's figurative ass until it gets the point that it should die slow, motherfucker.

This is America, though, most specifically Texas. And this man has the absolute freedom of speech to threaten the President's life until the Secret Service comes knocking and tells him they'd like to have a chat. And he is protecting that right to the fullest.

As of the time of this post's publication, the chair was still hanging in effigy in Northwest Austin. Neighbors report that the homeowner had a "guard" on his lawn yesterday protecting his installation.

Praise be. And I'm sure he's also hanging out on Free Republic, yipping like a poodle in heat about how he's pissed off his libtard neighbors by exercising his god-given constitutional right to be a complete and total shit by completely ruining any chance of rational discourse.