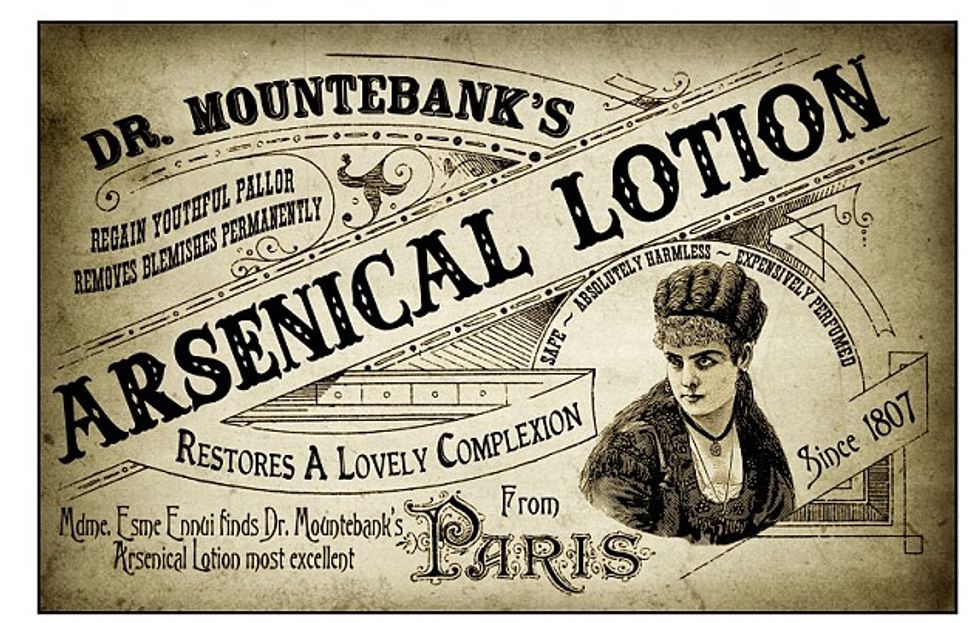 Hey! Have you finished watching the fourth season of "Orange Is The New Black" yet? Feeling pretty gross about the prison system? Well, have we ever got a story for you!

US District Judge Keith Ellison (a different Keith Ellison, obviously, who is white and a judge and lives in Texas) has ruled that the state of Texas must provide prison inmates with clean drinking water. You know, instead of water laced with arsenic, a thing that kills people. He has given the state 15 days to comply.

The ruling came after an emergency motion was filed by a group of inmates who are part of a class action suit against the state over their refusal to provide air-conditioning in prisons. Due to the extreme heat in Texas, 20 inmates have died from "heat-related" illnesses since 1998, 10 of them in 2011 alone. The inmates claim this constitutes cruel and unusual punishment and is thus a violation of their constitutional rights. Judge Ellison has yet to hear that case, but -- not being a Victorian Era lady serial killer -- quickly found that giving inmates arsenic water definitely "violates contemporary standards of decency."

Being that it is extremely hot in Texas prisons, and there is no air-conditioning, inmates must drink a lot of water in order to stay hydrated and not die. Many of the prisoners at Wallace Pack Unit, a minimum-security facility housing about 1400 primarily elderly and sick inmates, cannot afford to buy bottled water from the commissary and thus must drink the prison's well water. Unfortunately, there are also high levels of arsenic in that well water. About two to four-and-a-half times the amount permitted by the EPA, in fact.

"The prisoners in the Wallace Pack Unit are forced both to endure extremely high temperatures and to drink water with impermissibly high levels of arsenic," Ellison wrote in the ruling. "Without proper mitigation measures in place, such prolonged exposure to high temperatures poses a substantial risk to the health of all the inmates, young and old."

In what should come as no surprise, Texas is appealing the ruling, saying that the well water isn't like, lethal or anything, and should thus be totally fine for prisoners to drink until they get a more advanced filtration system in 2017.

Jason Clark, a spokesman for the Texas Department of Criminal Justice suggested that this was not Texas's fault for giving prison inmates arsenic water, but instead the federal government's fault for raising the standards on how much arsenic it is safe to drink. "The water at the Pack Unit is safe to drink according to the Texas Commission on Environmental Quality and the Texas Department of State Health Services," he said. "The federal government's standards regarding arsenic have changed significantly over the last 10 years."

Yeah, and they probably just did that to bust Texas's balls! Surely there wouldn't be any health-related reasons why people should not drink a lot of arsenic! Like the fact that even if it doesn't kill you immediately it can still cause cancer later on! That's just silly!

TO RECAP: A Texas prison was giving inmates water with arsenic in it, a judge told them to stop, and now they are being like "No, we'd really like to continue doing this!" And that is a real thing that is happening right now in the US of America. Enjoy your day!