Texas Republican Knows Teachers Need To Do A Little Killing Sometimes, For The Kids 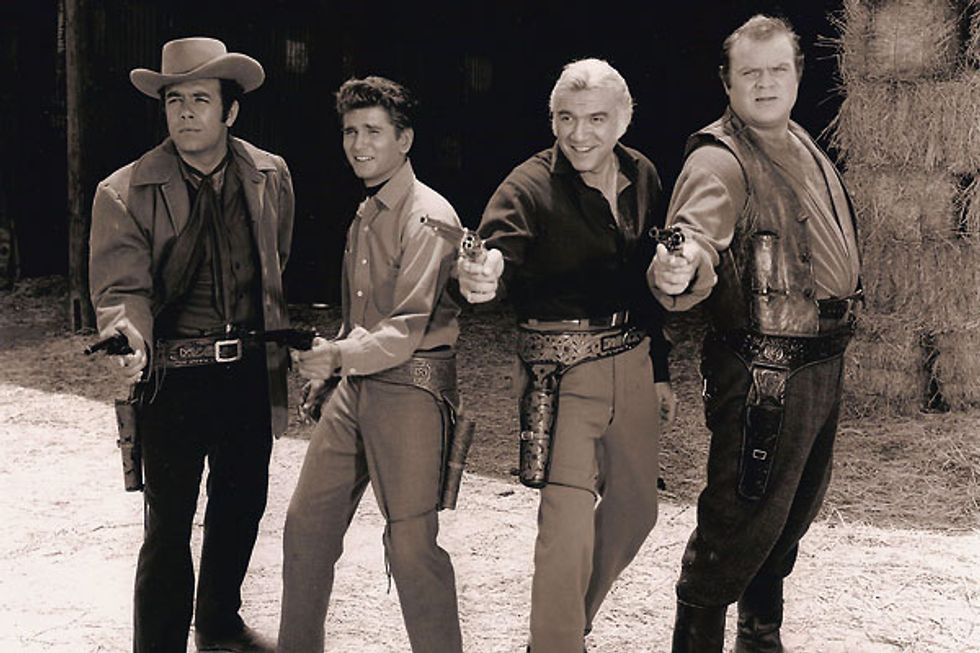 Texas state Rep. Dan Flynn (R-No duh) has introduced the illiterately named Teacher's [sic] Protection Act, though no word yet on who that single teacher is exactly. The bill would authorize teachers -- who, unless you forgot, are already authorized to carry loaded guns in Texas classrooms -- to use “force or deadly force on school property, on a school bus, or at a school-sponsored event in defense of the educator’s person or in defense of students of the school that employs the educator.”

Basically, if you feel like you or one of your students is threatened, you have the right to be judge, jury, and executioner, and all for the low low price of a bachelor's degree!

No for real: Texas law only requires that a prospective teacher have a bachelor's degree in the field they wish to teach, whether or not they have any formal teaching education. Who knew it was so easy to score a license to kill?

You may remember Texas as a teacher's paradise, and with good reason. The state is one of the few in the nation that gives teachers the choice to teach that the Bible is the 100% inerrant word of God, or that the Bible just helped to write the Constitution. So freedom! Thus it makes sense that Texas would only fuel inject the amount of Freedom™ Texas teachers have by letting them get away with stone cold murder.

This isn't the first time Flynn's wanted to squirt even more Freedom™ over the Second Amendment. He previously pushed to let people bring guns on college campuses, successfully cut the required training hours for a concealed handgun license by as much as two-thirds, and removed that pesky provision in the law that required people to take a class and prove they could actually still use a handgun before they renewed their concealed handgun license. That burdensome "learning" requirement was instead replaced with a pamphlet on gun safety that they would have to sign, and that's all. Gun training in Texas operates on the same principle as the Apple Terms and Conditions. Responsible gun ownership in action!

Perhaps in one of the more Kochian passages of Flynn's bill, teachers could also use deadly force “in defense of property of the school that employs the educator.” So if you catch somebody breaking open a school vending machine just to get the candy like a freaking Degrassi villain, get ready to lock and load. Objects are officially worth more than people, yeehaw! Futhermore, "civil immunity would be granted to those who use deadly force, meaning they would not be liable for the injury or death of student [sic]."

Now hold up just a minute there, pardner. Who said anything about shooting students? Despite much national headlining to the contrary, the bill does not give teachers the right to murder their students. That would just be cartoonishly evil. Congressbumpkin Flynn added in a helpful addendum to the bill specifying "use of force, but not deadly force, against a (student) is justified," which is crystal clear and can't be misinterpreted at all, just like those Stand Your Ground laws. And with every Texas teacher being so famously unprejudiced, your Wonkette is sure that this little provision will be applied fairly to all students, whether they be white or just mostly white.

So congratulations to you, Texas teachers! Dan Flynn's got your back, though I wouldn't trust him around your kids or your vending machines.