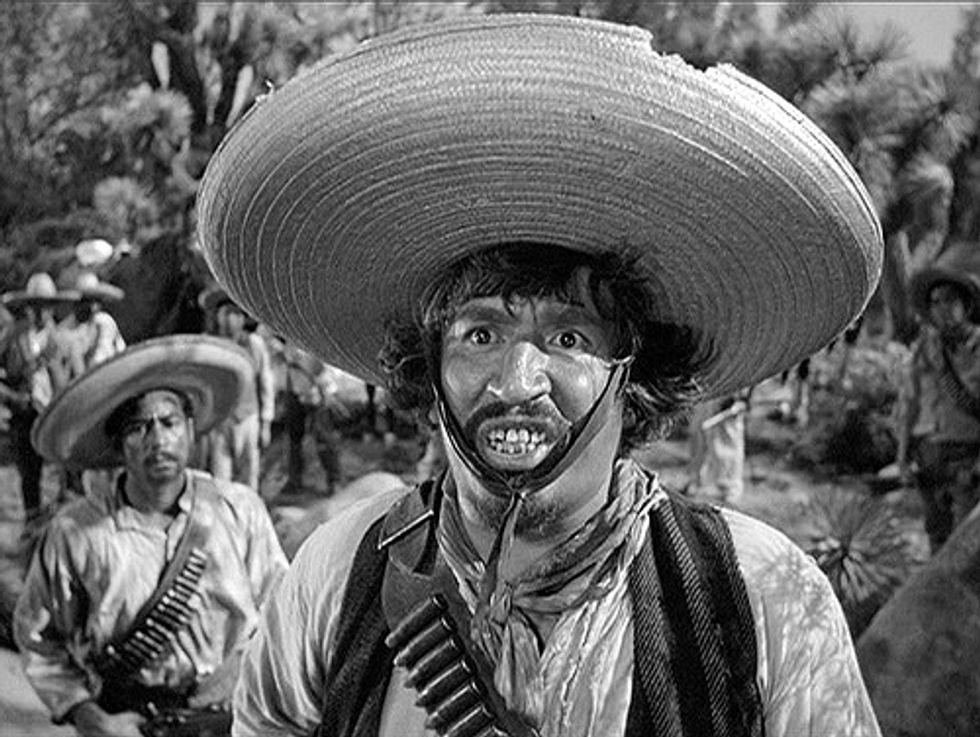 The PC police are at large in Texas, just cold ruining life again for decent godfearing men who are merely talking about protecting their property and their nation. Latest member of this oppressed victim class: U.S. Senate candidate Chris Mapp, whosefree speech rights are imperiled just because he called illegal border-crossers "wetbacks" and said that ranchers should be allowed to shoot them on sight. Criminy, it's not like he called all Mexicans wetbacks and called for them to be shot, just the illegal ones. Have some perspective, people.

Mapp, who actually has even less chance than Steve Stockman of defeating Sen. John Cornyn in the March 4 primary, made the remarks in a meeting with the editorial board of the Dallas Morning News, apparently under the impression that nobody in the office would find his sentiments remarkable. Instead, the newspaper discriminated against Mapp's free speech rights by endorsing Cornyn in the primary, which seems unneighborly, and then they went and said that he and the other candidates were somehow not credible:

South Texas businessman Chris Mapp, 53, told this editorial board that ranchers should be allowed to shoot on sight anyone illegally crossing the border on to their land, referred to such people as “wetbacks,” and called the president a “socialist son of a bitch.” Ken Cope, 60, a retired aerospace executive, wants to build a fence along the entire border and deport anyone who fails to learn English. U.S. Rep. Steve Stockman has run a clownish campaign with the baseless claim that Cornyn supports the Affordable Care Act.

Is it even legal to blatantly use someone's opinions against him like that? We're hoping constitutional scholar Sarah Palin will clarify this question.

Later, Mapp explained to the San Antonio Express-News that there was nothing offensive about the term "wetback," since as everyone in Texas knows, using that term is as "normal as breathing air in South Texas." Were we the sorts to nitpick, we might note that if this were truly the case, no one would have thought the term objectionable and he would not be trying to justify it to a Texas newspaper. But we would never be so petty. Besides, why waste a chance to talk a little more about how much he worries bout the teeming brown masses surging across our borders?

“We can't have illegal immigrants, drug cartels, human traffickers or terrorists coming across our border,” Mapp said. “Our borders can either be sealed by choice or force, and so far choice hasn't worked.”

At a time when deportations are at an all-time high and border crossings continue to be reduced by increased patrols, Mapp also writes on his campaign website that

"The only reason they flood here is because of opportunity and because we allow it. There is no reason we can't stop the influx at the border -- remove the politics and let the Border Patrol do their job."

That's a pretty inspiring call, on a campaign website, for everyone to stop playing politics with immigration. Well done!

Cornyn said Friday that comments like Mapp's had no place in the campaign:

"That kind of rhetoric is discouraging from anybody," Cornyn said Friday of Mapp's use of the racial slur. "I recognize this is a free country but that's not the sort of way to gain people's confidence that you care about them and you want to represent their concerns in the halls of Congress."

After all, gentlemen understand that immigration is properly addressed using dog whistles instead of open slurs.