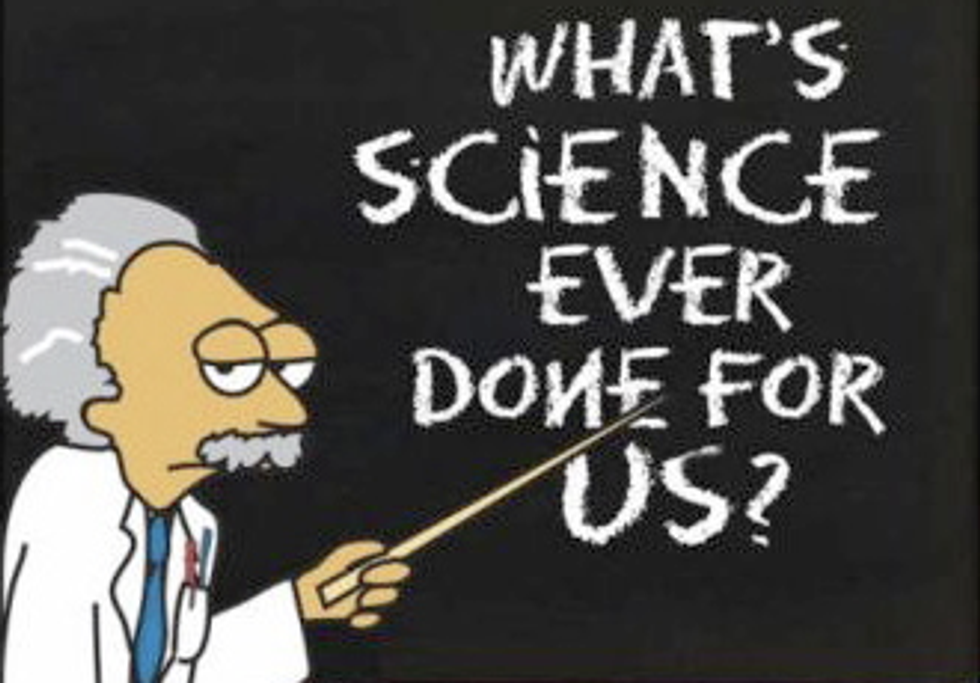 Have you had just about enough of ignorant GOP men saying incredibly stupid, clueless things about rape and abortion? Well so has Texas state Rep. Jodie Laubenberg (R-Shut It Down), who obviously decided it was time for GOP women to get in on the act. During debate over a bill that would close most of the state's clinics that perform abortions, Laubenberg argued against an exemption for victims of rape and incest, dumbsplaining that such an exception isn't needed, because

“in the emergency room they have what’s called rape kits where a woman can get cleaned out,” she said, incorrectly comparing the procedure to collect physical evidence after a sexual assault to an abortion. “The woman had five months to make that decision, at this point we are looking at a baby that is very far along in its development.”

In addition to automatically winning a nomination for Wonkette's coveted Legislative Shitmuffin of the Year Award, Rep. Laubenberg also deserves a prize for the strangest description of an abortion to ever come from a "pro-life" person, and the worst euphemism for abortion since that line in "Hills Like White Elephants" about "letting the air in."

But we hope GOP men have learned their lesson. THAT is how you do stupid. None of this silly Nazi-derived mumbo-jumbo about "legitimate rape" or the morning-after pill or anything like that. If you really want to do batshit insane, just follow the lead of Jodie Lauberberg and throw mere reality out the window altogether, because in Texas politics, you don't need to be grounded in "facts," you just have to be "pro-life."

[Salon via the Wonkette Tipline]