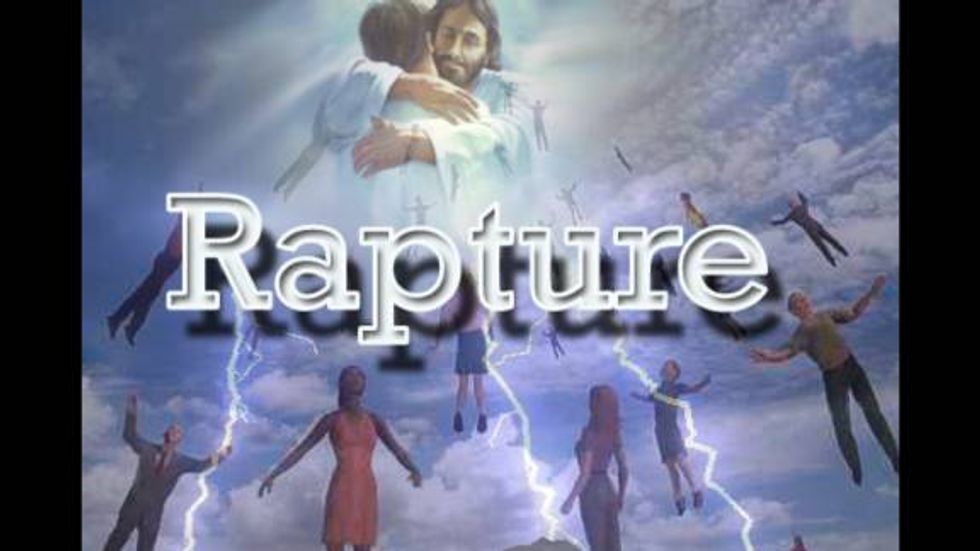 Jesus loves the stupid childrenLast year, we wondered at you just how stupid you were legally permitted to be in Texas; now, thanks to the nine (all-Republican!) unelected (?) judges in robe on the Texas Supreme Court, we know the answer:

We are just making #jokes at you! Rick Perry is still outlawed in Texas -- for weapons-grade hotness! No, what the (all-Republican!) Texas Supreme Court decided was that homeschooling parents aren't under any obligation to teach their poor sad spawn much of anything as long as they have a sincere religious belief that Jesus is coming, and he's gonna kick math's ass.

It's a rare kind of special that "homeschools" its kids, decides all that booklarnin' is a waste of time because Angerbear Jesus is gonna come and rapture us all with his mighty laserbeam eyeballs, and then sues under the 14th Amendment when the state says "hey, you aren't supposed to actually let the children feral." (Their oldest daughter ran away from home at 17 so she could go to real school, and if that doesn't give you hella sads, you just might be at the wrong mommyblog.)The 14th Amendment mandates equal protection under the law, and Michael and Laura McIntyre says they ain't getting it, because Christians are really oppressed. In Texas.

The rare good news in this stupid case is that the Texas Supreme Court did not follow the sterling example set in Bush V. Gore -- perhaps the only time the Rehnquist Court found a violation of someone's equal protection, the poor oppressed George W. Bush -- and admit the McIntyres were being singled out for persecution because they're just too goldurned God-fearing. Instead, they sided with the family on "technical grounds," saying just because you're the state's education commissioner doesn't mean you get to decide whether a family is trumping up stupid bullshit reasons for not educating its kids. Instead, they sent it back to the El Paso Court of Appeals and lower courts to decide or not decide, depending on how the courts are feeling that morning.

The (all-Republican!) court sort of decided the case 6-3.