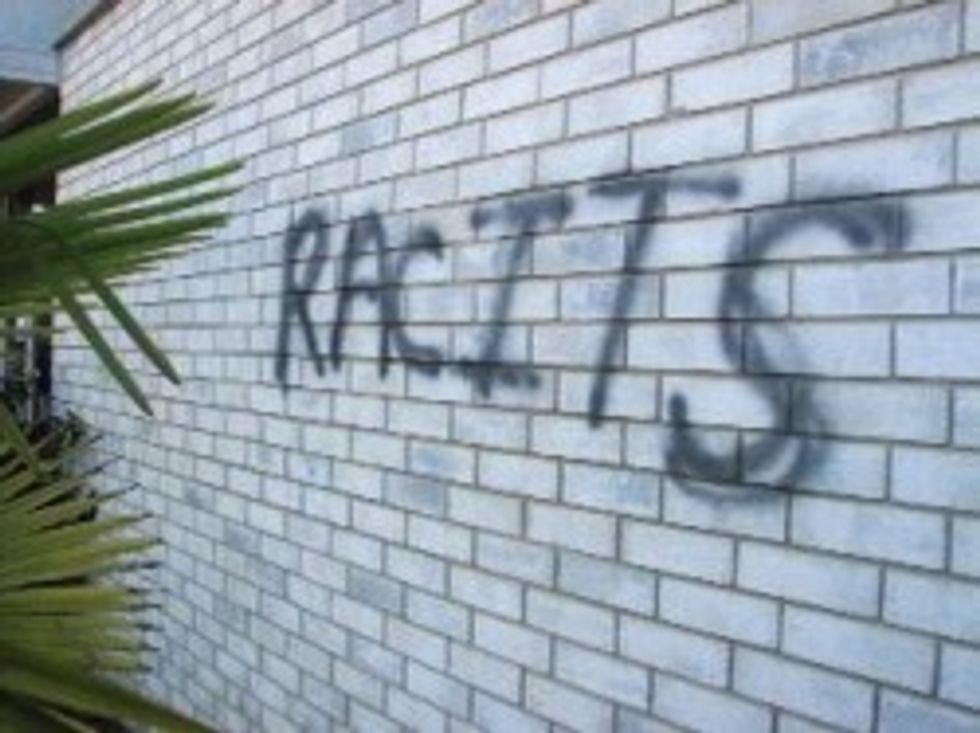 A former teacher at a Texas charter school is defending against charges that she fondled a seven year old girl byclaiming that, as a diehard racist, she does not like touching negroidal persons, and so she couldn't possibly have done the awful thing she's accused of doing. As excuses go, it's no "I forgot," but at least it's novel.

KHOU reports that the teacher has been charged with indecency with a child after a March 1 incident in which she allegedly fondled one of her students at Northwest Preparatory Academy, a charter school in Humble, Texas.

“The victim said that she was in the classroom alone with the teacher and that the teacher touched her on the outside of her clothes, on what she called her ‘private part,’ her vaginal area,” said Humble Police Department Detective J. Blanchard.

The girl said when she told her teacher to stop, Irene Stokes, 61, told her to get out of the classroom, according to court records. The girl told investigators that Stokes made her stand out in the hallway outside of the class and then refused to allow her to eat lunch or take a test.

But don't worry, says Stokes, there's no way that little girl could be telling the truth! Irene Stokes wouldn't dream of molesting a black child, because she HATES black children. Especially this particular child! Also, could you just all stop staring at her like that with your mouths dropped open?

She (said she) doesn’t like to even touch the black children on their hand, she shies away when they try to hug her -- she admitted to being prejudice,” Blanchard said [sic].

Stokes also allegedly told investigators that she “doesn’t like the student and has little to no interaction with her,” according to court records.

CNN is now backing away from its earlier report that Ms. Stokes is in negotiations to record a country-western song about being an accidental child molester.

This is the second incident within a year involving charges of criminal behavior against teachers at Northwest Preparatory Academy; KHOU notes:

In May, three Northwest Preparatory Academy staff members were charged with felony injury to a child charges after allegedly over disciplining a seventh grade girl.

In completely unrelated news, the Texas Senate recently passed a bill that will allow the expansion of charter schools in the state, because everyone knows that charters attract more motivated teachers.