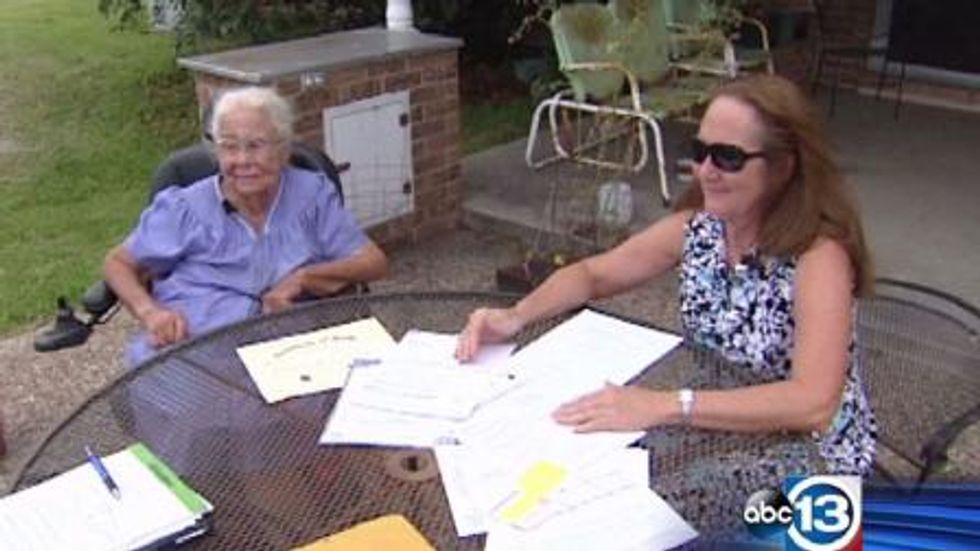 84-year-old Dorothy Card of Lufkin, Texas, says she's been voting for sixty years, but has so far been unable to convince the state's Department of Public Safety to issueher a photo ID so she can continue to vote. She stopped driving in 1999, so her driver's license is long expired.

Her daughter Cheryl Hoffman, a legal assistant, helped her gather the documents, and a lot of them.

"I thought it was adequate," Hoffman said.

But after many hours and attempts, Card was still being denied.

"They have said if we get another document, that they will issue it. But I've been told this three times, so I'm a little leery," Hoffman said.

Since she cannot seem to prove that she really is who she claims to be, Texas has shown remarkable leniency in not prosecuting Card for fraudulently voting since the 1950s, so perhaps she should just count her blessings.

The documents that she has submitted so far include her expired driver's license and a letter from Angelina County certifying that they were unable to locate her marriage license from 50 years ago in their courthouse.

Since for some reason she has not yet been stricken from the voter rolls, Card was told that she had the option of voting by mail, but she prefers to vote in person, for which she will need a photo ID, which everyone knows is easy to get, until it isn't.

"It's a good thing I don't meet the man who is over this because he would hear from me good and proper," Card said.

A spokesman for the DPS assured TV station KTRK that Card would be "issued a Texas personal ID card without running into anymore issues." This proves that the voter ID law does not place an undue burden on anyone --if people have any difficulty getting the ID card, all they have to do is convince a local TV station to cover their story and they will then be able to vote.