Thanks A Lot, Liberals, For LITERALLY HOLOCAUSTING That Dumb Bigot Pizza Place Family 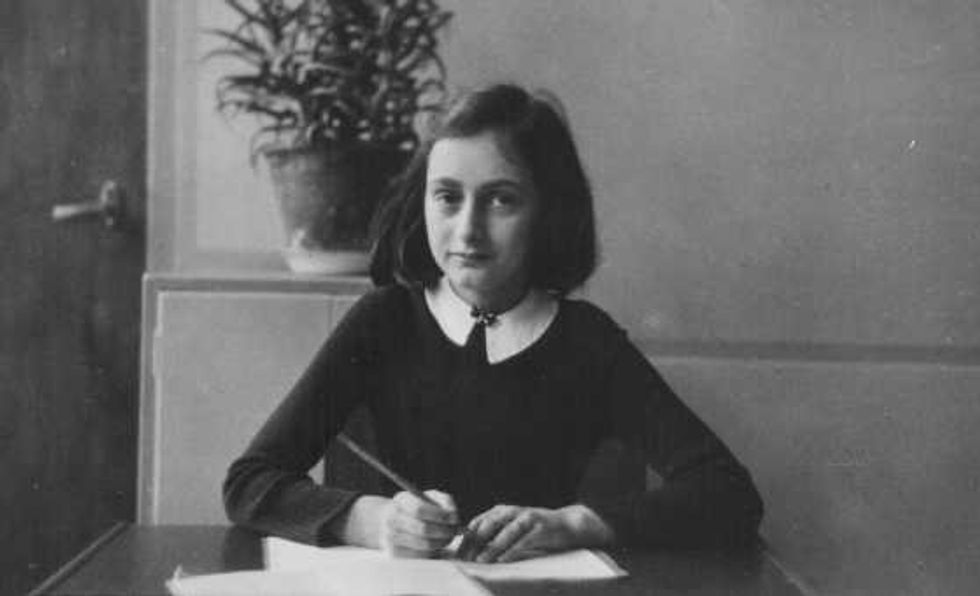 It has long been part of the conservative lexicon to compare anything they don't like -- net neutrality, abortion, gun control, the theory of evolution, marriage equality, Obamacare, complaints about Google buses -- to the Holocaust.

But this week, the conversion of U.S. America into Nazi Germany began in earnest, because some homo-hatin' Christians who own a pizzeria in Indiana pulled off a terrific publicity stunt, earning them more than half a million dollars and counting.

The American Family Association's Bryan Fischer -- a constant and competitive contender for worst person alive for the bile he regularly sharts from his face on his radio show and the interwebs, including regularly invoking Hitler while also insisting this country ain't made for The Jews and The Muslims, and bacon proves it -- announced the official kick-off (again) on Twitter earlier this week:

And despite the outpouring of Christian conservative cash and support for the oh-so-oppressed O’Connor family, he hasn't stopped:

Second, we were unaware that Anne Frank had a GoFundMe page so prominent conservative websites and radio show hosts could help raise money to get her out of Amsterdam.

But Fischer is hardly the only conservative crying so hard this week because the states of Indiana and Arkansas were pressured by Big Gay (and, more importantly, Big Business) to not sign licenses to discriminate into law. Broken-brained Glenn Beck begged the new Nazis, led by Adolf de Torquemada, apparently, to stop destroying America already:

Sure, Beck apologized a year ago for his role "in helping tear the country apart" with his divisive toxicity, but accusing people who don't hate The Gay of doing the German Inquisition to a pizzeria is just fact-based reporting.

And then there was Matt Barber, from Liberty Counsel -- the law firm AND ministry devoted to suing for Jesus until the First Amendment reads "applies to Christians only" -- who also can't help but see the striking similarities between 1939 Germany and 2015 Indiana:

"You wonder how, in Nazi Germany, the propagandists were able to get an entire nation of people on board with persecuting the Jews to the level that they're doing," Barber said. "We see it being repeated here with an entire nation of people, these leftist media propagandists, getting them on board for a soft persecution, at least at this point and time, of Christians here in the U.S."

In an interesting twist, for which we will give two-and-a-half yellow six-pointed stars for the effort, Republican pollster Whit Ayres apparently believes the problem might be with overly judgmental Christians. But you know who's to blame for that, right?

Because we are not A Idiot, and pretty good at reading between the lines, we have an approximate idea of what Ayres means by "Old Testament." Our people have a word for that (and no, it's not pronounced "choot-spa"), given that, as we have mentioned before, American Jews are liberal Democrats who don't have a problem with marriage equality. So perhaps Mr. Ayres could try not pinning his party's Bible-humping bigotry on the "Old Testament." Just a friendly tip.

For those among you who might be easily confused, here is a simple explainer for you. Nazis murdered six million Jews for being Jews in an attempt to eradicate the entire Jewish people. And they didn't do it with socialized health care or gun control or penis cakes or, Jesus fucking Christ on the cross, a law that says you can't discriminate against people because you think your religion requires you to be a dick. If you're still confused as to whether you are the new Anne Frank and should go into hiding from the new Nazis, here, you can print this out as a visual aid so you don't forget: