That Sweet Old British Spy? HE WAS TRYING TO SAVE AMERICA FROM TRUMP! 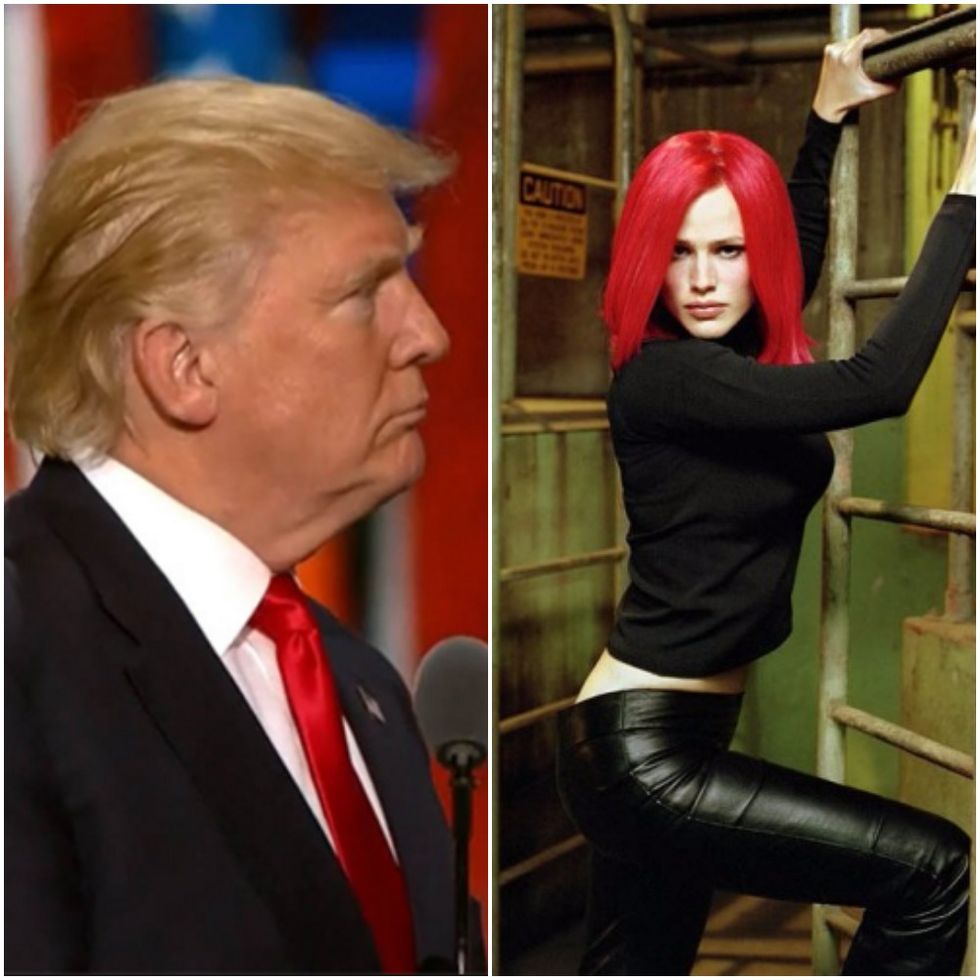 This is not the spy we're talking about. OR IS IT?

We mentioned this in this morning's Daily Smellyanne Conway story, but we wanted to make sure everybody actually saw and read this thing published by The Independent in the UK, about nice old British spy Christopher Steele, who compiled the dossier on Donald Trump's (allegedly!) collusion with Russia and his (allegedly!) pee hooker fetish, and who is currently running for his life because he's (probably quite rightly) worried Putin's or Trump's henchmen will be coming after him. After the election, he kept working on the Trump Russia case, and he did it WITHOUT PAY, basically because he was TRYING TO SAVE AMERICA, YOU GUYS.

We want to highlight you a few key passages from this, because you need to know it, and because it's super weird how Steele kept noticing the same things about the FBI being compromised that yr Wonkette noticed. You see, when Steele was brought to work for the firm Fusion GPS -- which had been hired to do oppo research for Trump's Republican primary challengers, and was subsequently hired by Democrats -- he started also giving intelligence to the FBI and MI6, where he used to work, because he viewed what he was learning as a "national security threat for both countries," as The Independent reports.

But the FBI kept cock-blocking him, because it was too busy rage-shitting all over Hillary Clinton:

[He] became increasingly frustrated that the FBI was failing to take action on the intelligence from others as well as him. He came to believe there was a cover-up, that a cabal within the Bureau blocked a thorough inquiry into Mr Trump, focusing instead on the investigation into Hillary Clinton’s emails.

The Bureau, instead, seemed to be devoting their resources in the pursuit of Hillary Clinton’s email transgressions.

The New York office, in particular, appeared to be on a crusade against Ms Clinton. Some of its agents had a long working relationship with Rudy Giuliani, by then a member of the Trump campaign, since his days as public prosecutor and then Mayor of the city.

HOLD THE PHONE! Does he mean that thing Wonkette reported on, about how the New York office of the FBI seemed to have become completely radicalized, its agents under the impression their job was to follow dead-end leads on the Clinton Foundation and Hillary emails they found in the Breitbart-funded pretend journalism book Clinton Cash? Yes, he does!

Of course, Rudy Giuliani essentially admitted he was part of the cover-up on TV, telling everybody the Trumpers had "a couple things up our sleeve," which would change the course of the election. Just a couple days later, FBI Director James Comey sent the meaningless (but shiny!) Hillary email letter read 'round the world, and the rest is history.

It's almost as if this plot was completely obvious and in everyone's face, if they were paying attention!

Once Trump was barely elected, Democrats didn't need to pay Fusion GPS for oppo research anymore. But Steele and his American colleague who runs the firm, a former Wall Street Journal reporter named Glenn Simpson, believed what they were uncovering was so important that they KEPT WORKING WITHOUT PAY, because they were trying to be nice and save America and the Western world from Trump and Putin.

In related news, Buzzfeed and other outlets are reporting that Israeli intelligence is looking into Steele's Trump dossier, because they're worried about sharing intelligence with the Trump administration, since there's a real chance it could get leaked (like pee) to Russia, who might then leak it (like more pee) to Iran, which is Russia's pal and Israel's enemy. Buzzfeed says Steele's document has been going around foreign governments for months! And YNet reports that American intelligence officers actually specifically encouraged Israel not to share with the new Trump administration:

The Americans implied that their Israeli colleagues should “be careful” as of January 20, Trump’s inauguration date, when transferring intelligence information to the White House and to the National Security Council (NSC), which is subject to the president. According to the Israelis who were present in the meeting, the Americans recommended that until it is made clear that Trump is not inappropriately connected to Russia and is not being extorted – Israel should avoid revealing sensitive sources to administration officials for fear the information would reach the Iranians.

WTF IS THIS WORLD WE ARE NOW LIVING IN?

Oh well, Israel is looking into this for its own reasons, and intelligence agencies all over the world obviously have their hands on it too, so maybe they will all save us and the whole universe won't die.

How sad, as an American, that this is where we are.