The 'Alt-Right' Has New Theme Song, And It Is Everything You Want It To Be! 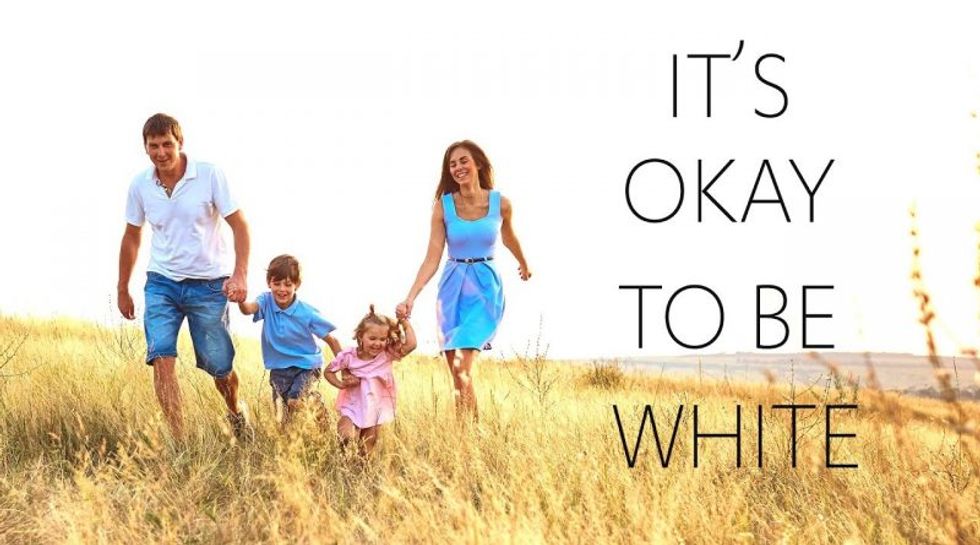 Conservatives, to put it lightly, are not good at art. They want to be, of course, because they enjoy the way art has influence over people, but they don't want to invest the actual time it takes to become good at it, like some hippie loser.

To that end, a bunch of talent-free White Nationalists have established the "White Art Collective" -- a sad, Geocities-style website devoted to promoting the work of a grand total of eight Nazi "artists."

One of the musicians showcased on the site is one Bryn Dolman, who has written and produced what may be the most goddamned pathetic song I have ever heard in my entire life, titled "It's OK To Be White." Bryn manages a café near a cemetery and also does "life coaching." Because who doesn't want to get life advice from a Nazi Barista?

The song has already proved popular with the kind of creeps who write for for Christopher "Crying Nazi" Cantwell's website, because of course it has.

Berthing at the surface,

Of her tender, pale skin.

The sound of our children’s voices,

The little rumble caused by their running,

My wife rises to dance with me,

We go together in the light,

The little ones surround us below,

Singing out their hearts delight.

And out in the garden,

The fragrance of grass fills our noses.

We play with the garden hose

I take my wife’s hand,

The one I love.

She wears a flowered dress.

And we run with the kids,

The sun is setting now,

The sky is pink and orange,

Our children’s faces light up like they are candles.

It's okay to be white, but is it OK to write a song that bad? Seriously, if you're gonna be "the master race" and go around trying to compare your shit to Michelangelo, you should probably strive for better than ... whatever the hell that shit is.

"It's OK To Be White" is a whole 4chan white supremacist troll, meant to allow them to go "WHAT? You think this is a white supremacist thing? Are you saying it is unacceptable to be white? Then I guess you are the REAL racists! And that means we are good and you are bad!" This "gotcha moment" was, of course, deeply undermined by the fact that the only people pushing this were literal white supremacists.

Bryn has also written an equally, if not more terrible song about Donald Trump and how he is the God Emperor.

Wagner, he is not. Except, you know, politically.