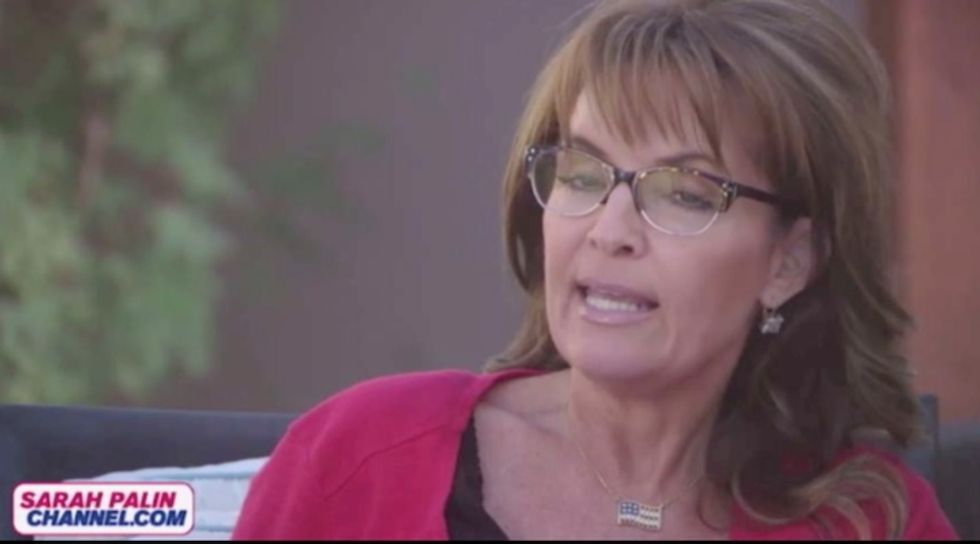 In the last seven days, Sarah Palin has published only one video on her subscription-based Internet television failure service, and that one video was a straight pick-up of a post from March, when America's hardest working half-term governor reminisced about how those "doggone reporters" almost ruined her family bus trip.

Since the majority of the video consists of recycled PAC footage, this week marks a rare triple regurgitation of content from the Mama Grizzly to her hungry cubs. Unlike previous triple regurgitations, the Sarah Palin Channel's content manager didn't even copy-paste the code into a new post this time; he or she just changed the publication date, which you can see in this screenshot.

Go ahead and look at it with those pretty eyes of yours.

No word out of Wasilla regarding a return to Palin's previous publication schedule of no more than six minutes of footage per week. Hey, maybe Sarah was tired from saying all those words she said on Sean Hannity's show, and now she just don't got not words left, for to say at us. We are only half-joking about this: her segment on Hannity ran just over six minutes, and she was on screen for about five of those minutes.

What are we even supposed to do here, guys? We killed that video the first time Sarah Palin ran it, ya hear? We stuck a dick-joke knife in its cold, black heart and we watched it die. Now it rises up before our eyes, which are suddenly filled with fear-tears as we contemplate the possibility that we were wrong to think we could outlast Sarah Palin. We imagine a cruel smile is creeping across Palin's face as she watches Yr Wonket realize what she has known all along: that her Internet television adventure playroom will never die because out there in Real America, there's always a sucker looking for validation of his own grievances.

So how are we to mock this latest video? How do you pin down a wisp of smoke? How do you strike that which is not there? These are the questions Sarah Palin presents this week. Luckily, Rodgers and Hammerstein faced similar questions, so instead of throatcramming you with a video from March, we will leave you with two final questions: