The Lying Lies of Paul Ryan, Who Lies 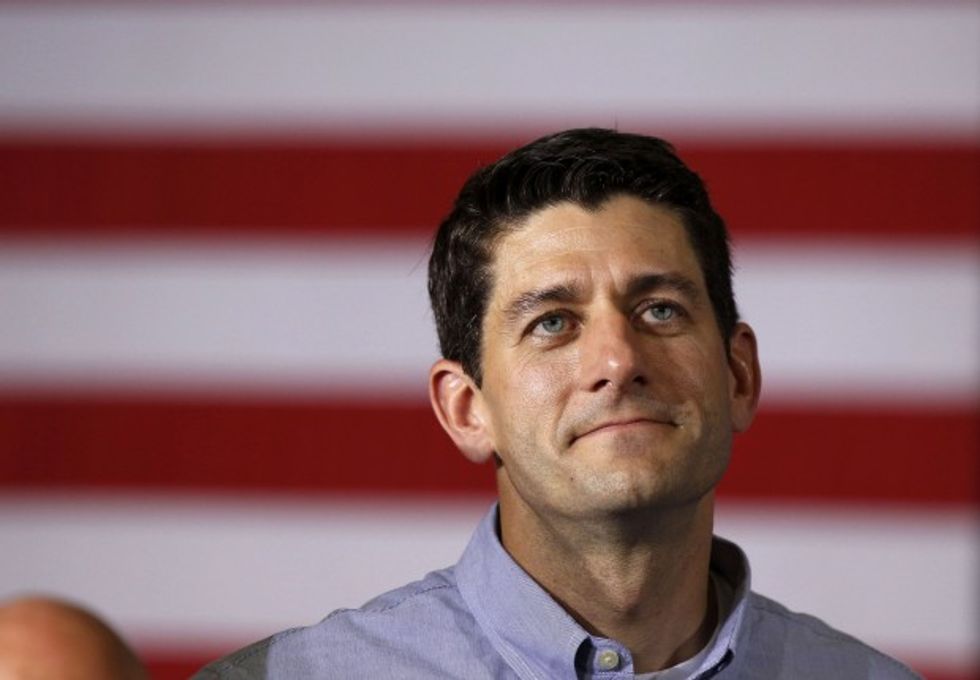 In the hours since his acceptance speech last night, the lies of lying liar Paul Ryan have been well-documented -- but what the hell, let's recap them anyway!

THE GM PLANT: "Well, as it turned out, that plant didn't last another year. It is locked up and empty to this day."

Actually, the plant closed in 2008, before Barack Obama became president of the United States and, you know, saved the American auto industry, in a plan publicly opposed by Mitt Romney.

THE DEBT COMMISSION: "He created a new bipartisan debt commission. They came back with an urgent report.  He thanks them, sent them on their way, and then did exactly nothing."

Just one tiny, eensy weensy, miniscule fact Paul Ryan left out there: he was on the fucking debt commission. And that "urgent report" that was so urgent that President Obama is worse than Hitler for ignoring it? Paul Ryan voted against it, and their report was three votes short of being an officially endorsed set of recommendations.

AMERICA'S CREDIT RATING: "It began with a perfect AAA credit rating for the United States. It ends with the downgraded America."

America's credit was downgraded for exactly one reason: Republican members of Congress (including one Representative Paul Ryan) were literally threatening to stop America from paying its debts. The downgraded rating is as much President Obama's fault as it is the FreeCreditReport.com band's.

And of course Ryan repeated the now well-worn lies about the Medicare savings in the Affordable Care Act and President Obama's "we built that" line. (Has there ever been a political convention built entirely around a single lie before? All of them? OK, let's move on.)

If the Romney campaign felt comfortable putting these patently obvious lies into Ryan's speech, you have to wonder what else the veep nominee said last night that also a load of horseshit.

THE NOMINATION: "For my part, your nomination is an unexpected turn."

It is a well-documented fact that an eight-year-old Paul Ryan was told by a gypsy fortune teller that he would one day be the Republican vice-presidential nominee. She also explained the ending of Lost, but Ryan refuses to divulge what he knows.

HIS WIFE AND KIDS: "My best friend and wife Janna, my daughter Liza and our boys Charlie and Sam."

Ryan's actual best friend is Rob Kardashian. They go clubbing three times a week. Liza and Sam are his children, but Ryan legally disinherited Charlie after he wrote a report in first grade about FDR without using the words "socialist" or "polio."

COLLEGE GRADUATIONS UNDER OBAMA: "Millions of young Americans have graduated from college during the Obama presidency, ready to use their gifts and get moving in life."

Only six people have graduated college in America since January 20, 2009, five of them from DeVry.

JACK KEMP: "I learned a good deal about economics, and about America, from the author of the Reagan tax reforms, the great Jack Kemp."

Jack Kemp, of course, is the well-known former quarterback of the Buffalo Bills. Why Ryan claimed that he has had any involvement in politics or economics is mystifying.

In fact, we cannot.

HIS PLAYLIST: "He actually urged me to play some of these songs at campaign rallies. I said, 'look, I hope it is not a deal breaker Mitt, but my playlist starts with AC/DC and it ends with Zeppelin.'"

This is a lie of omission. Ryan did say this to Mitt Romney, but he did not say what happened next: Romney slapped him, hard in the face, and told him never to talk back to him again.