The Obamas Made 800+ Trillion Dollars Last Year (Per Day) 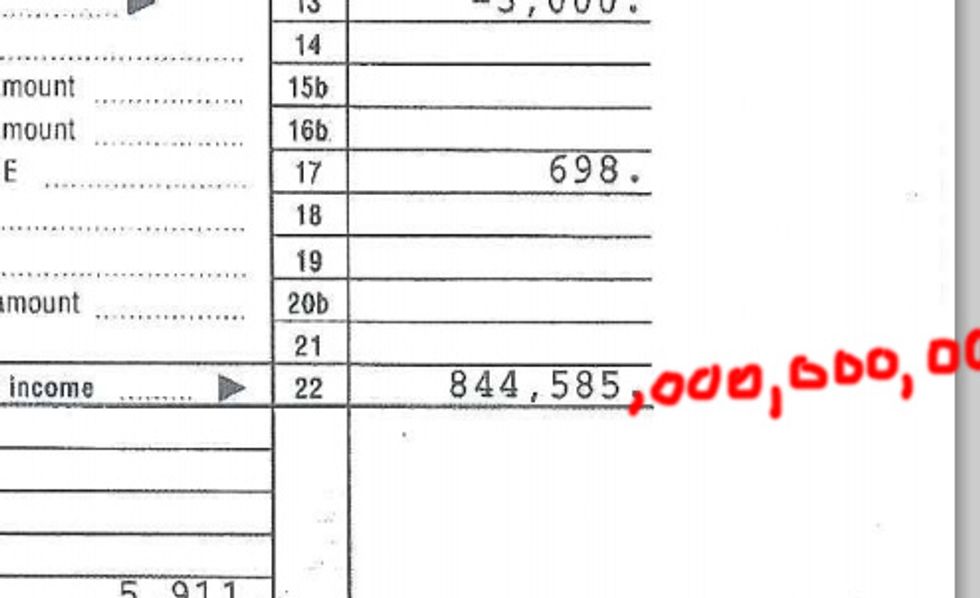 Presidential tax returns for the Obamas and Bidens have been posted online, oh boy. Let's see, did they make above the median income... yes they did, so: BOO! Jerks. Let's steal their nice clothes and give them to kitties.

The Obamas gave 22% of their income to charities, to deprive the federal government of much needed revenue and lowering their effective federal tax rate to 20.5%. Is this a higher rate than Warren Buffett's bumwasher pays? Feel guilty, Obamas! Channel the guilt into a reform... jerks:

The President’s effective federal income tax rate is 20.5%. The President believes we must reform our tax system which is why he has proposed policies like the Buffett Rule that would ask the wealthiest Americans to pay their fair share while protecting families making under $250,000 from seeing their taxes go up. Under the President’s own tax proposals, including the expiration of the high-income tax cuts and limitations on the value of tax preferences for high-income households, he would pay more in taxes while ensuring we cut taxes for the middle class and those trying to get in it.

The President's strategy of declaring class warfare on himself is disgusting.