The Snake Oil Bulletin: It Sure Is Tough To Know Whether Or Not You've Had Brain Cancer 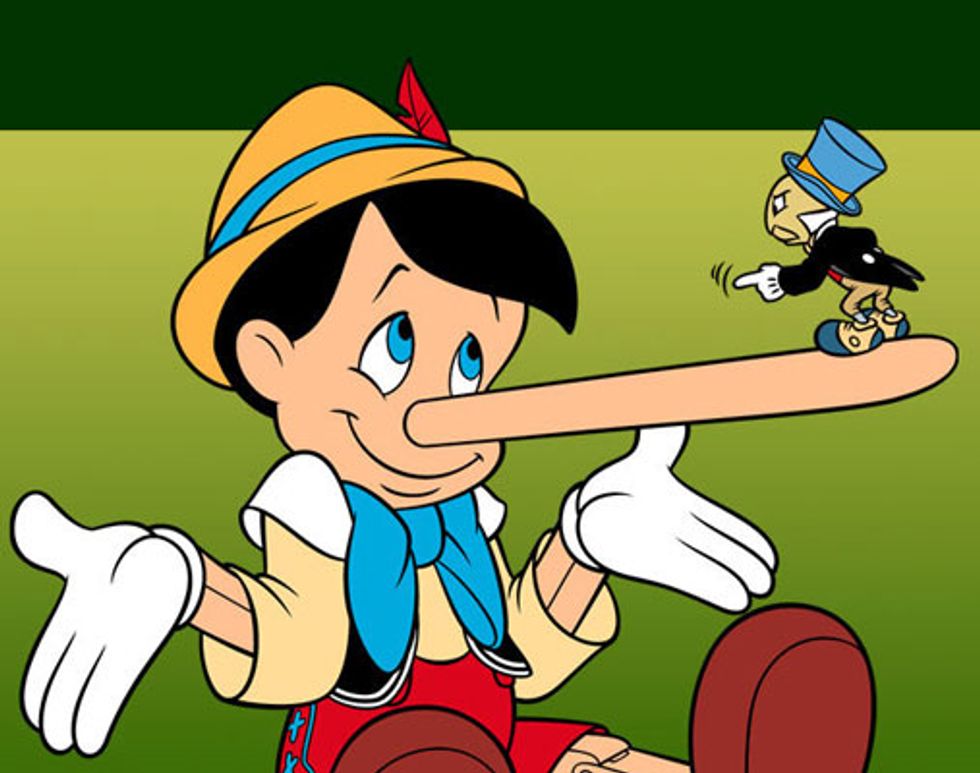 Extree! Extree! Step right up for your weekly dose of flim-flam and phooey, your beloved Snake Oil Bulletin! For today's edition, we have a few follow-ups to previous stories we've covered. So pull up a seat, pour yourself a heaping cup of coffee for your enema, and let's dive right into today's selection with the return of Belle Gibson.

Here's a shocker to rock the foundation of everything you once knew: Belle Gibson, natural health guru who claimed to have cured her inoperable brain cancer with smoothies and butt coffee, has admitted that everything about her story was all a great big lie. Ya don't say, Belle! The tip off for us was when you said that Dr. Phil was your oncologist.

As a refresher, Gibson shot to superstardom in her native Australia after running a "natural health" blog in which she claimed to have recovered from inoperable brain cancer through an organic diet and coffee enemas. She became a huckster for any number of questionable cancer treatments but made her living through "wellness" advice, releasing a book and an iOS app popular enough to be included as a default app on the Apple Watch. But after being caught scamming several charities, Gibson's claims started to fall apart, with revelations coming out that even her own mother knew nothing about her having cancer. Also too, we somehow missed in our original reporting that Gibson was an anti-vaxxer this whole time, claiming that her original cancer was due to a reaction to the Gardasil vaccine! Silly Belle, Gardasil doesn't cause cancer; it gives you a serious case of the Bachmann Dumbs.

With her empire in shambles, Gibson retreated into the ether, losing her publishing deal, Apple Watch deal, and even scrubbing her Instagram squeaky clean. The world wept for the loss of all her inspirational quotes super-imposed on pictures of white people doing yoga. #MemeLivesMatter

Yet just this week, in an interview with Australian Women's Weekly, Gibson finally broke her silence and admitted the thing that just about everyone figured out a month ago: that her entire story about having cancer was completely fake:

Speaking out about the controversy in an exclusive interview with The Australian Women’s Weekly, Gibson was asked outright if she has, or has ever had cancer.

“I am still jumping between what I think I know and what is reality. I have lived it and I’m not really there yet,” she said.

LOL wut. What does that even mean? This isn't some aspect of reality that is up for debate like who was Jack the Ripper, or what happened to the Roanoke Colony, or even who most deserves to rule the Seven Kingdoms of Westeros (answer: Hot Pie). This is whether or not you had BRAIN CANCER.

The Aussie press is doing their due diligence by wildly speculating that Gibson has Munchausen syndrome (not the "by proxy" kind that makes you shoot bleach up your kids' butts, but the kind that has you make up illnesses for attention), but we're going to avoid such vulgar speculation. Yr Wonkette's reserved editorial stance is that Gibson is a lying poopy-headed twatwaffle and we're sticking to that stance because it will be funnier to hear read aloud in any upcoming libel suits.

“I think my life has just got so many complexities around it and within it, that it’s just easier to assume [I’m lying],” she said.

“If I don’t have an answer, then I will sort of theorise it myself and come up with one. I think that’s an easy thing to often revert to if you don’t know what the answer is.”

Wait, are you for realsies suggesting that you don't even know if you lied or not?  That is some brilliant bullshitting!

It seems Belle Gibson's time in the sun has come to a close. At least she can get one last hurrah of attention before she disappears into obscurity by gracing the cover of Women's Weekly one final time. And hey, bright side: she gets to share that last ounce of attention alongside the royal baby, who, if this horrible photochop job is to be believed, should probably stop playing around in the matter transporter with Bob Hoskins:

How will he cope, indeed?

Remember the long, long ago time of last week, friends? Yr Wonkette profiled Dr. Mehmet Oz and was none too pleased with his miracle fat blasting superfoods ,which probably also cured cancer and eliminated that pesky bloated wallet syndrome. Well Dr. Oz has responded to us, Yr Wonkette! True, he did not mention us specifically, but he did mention "critics," of which we are some (!), ergo therefore he's talking about us. VICTORY FOR THE MOMMYBLOG!

Oz decided to respond to his critics in reputable medical journal TIME magazine(couldn't pass Us Weekly's rigorous peer review process) and boy oh boy is it a barrel of laughs. Take a gander at it for yourselves, or better yet, save those last remaining brain cells for your nightly barrel of moonshine and read Vox's response to Oz's response.

Oz continues along by accusing his fellow doctor-critics of having connections to biotech companies who promote such heinous things as sustainable agriculture and higher food yields. He also launches into accusations that the doctors are being paid off by the tobacco industry, which makes them guilty by association of every smoking crime ever (even though none of them have attacked him for anything tobacco-related).

Now you might be wondering why these accusations are relevant to the criticisms against the good doctor. Oh right, because it's a conspiracy! The only reason someone would oppose Dr. Oz is because they were being paid to do so, because obviously he is always right, and true, and handsome, and also right.

It's also very cute that Oz is suddenly aghast at the idea of financial conflicts of interest, because it would seem that that's Oz's bag, baby! In emails recently released by Wikileaks, Dr. Oz made no attempt to cover up the fact that he was eager to promote bunkum for money as recently as last year:

In a January 2014 email, for instance, Dr. Oz reaches out to Michael Lynton, the CEO of Sony Entertainment, about his interest in wearable fitness and health tracking devices.

"I have been carefully following the wearable device market and am pretty close to consummating a longer term relationship, but just saw the piece below quoting Kaz Hirai [the president and CEO of Sony] and realized that Sony is moving into the space as well," Oz writes in an email. "We should leverage the Sony-driven success of our TV show into other arenas where Sony thrives, like health hardware."

The email suggests Dr. Oz is planning to use his platform on the show to help expand Sony's fitness and health tracking devices market. Oz doesn't mention health considerations. He mostly seems excited about the business synergy with Sony, one of the producers of his show.

Is there a pseudoscience version of It's Okay If You're a Republican? Also, EW EW EW, Dr. Oz is "close to consummating" a relationship, EW!

Oz's Time magazine piece progresses into a tangent on GMOs, which we will note is ALSO not a criticism that people were leveling against him. Far more seem to be concerned about Oz giving his viewers third degree burns because he told them to put boiling hot rice in their socks. Priorities, Dr. Oz!

Vox ends its response to Oz by noting that even his Columbia University faculty are against him on this crusade of woo, as eight of them noted in a recent op-ed.

Many of us are spending a significant amount of our clinical time debunking Ozisms regarding metabolism game changers. Irrespective of the underlying motives, this unsubstantiated medicine sullies the reputation of Columbia University and undermines the trust that is essential to physician-patient relationships.

Yeowch. Those faculty Christmas dinners are gonna be awkward. They're going to all miss out on Dr. Oz's miracle belly blasting fruitcake recipe, brought to you by Sony!

Lastly, we present a fine crop of phony brought straight from farm to table by Yr Beloved Wonkette.