The Tea Party Is Five Years Old Today, And Finally Acting Its Age 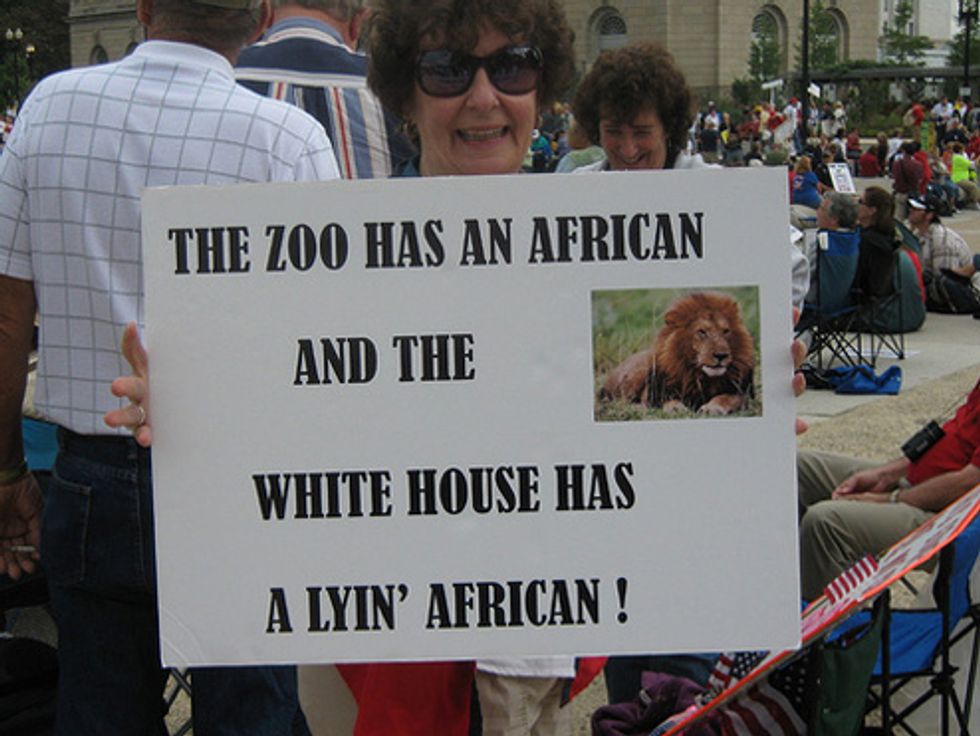 Five years ago today, Rick Santelli went on your teevee and said "We're thinking of having a tea party" to protest (ostensibly) the Homeowners Affordability and Stability Plan, which was something that helped people keep their houses, even if these dumb homeowners were personally irresponsible and got fired because the economy shed however many million jobs in 2008-9, the nerve of some people, being affected by massive economic shocks! Said Santelli:

Why don't you put up a website to have people vote on the Internet as a referendum to see if we really want to subsidize the losers' mortgages, or would we like to at least buy cars and buy houses in foreclosure and give them to people that might have a chance to actually prosper down the road and reward people that could carry the water instead of drink the water."

We would never insinuate that Rick Santelli was trying to move policy away from trying to stop foreclosures, in order to help his friends in the big investment banks get into the business of buying cheap rental houses and securitizing the rent payments, just as they've been doing for some time now, but we just did. Whoops!

Thing is, it doesn't really matter whether the Tea Party was a tool of cynical elites, or a spontaneous outgrowth of middle class insecurities, real and imagined. It can be both! And it gave us such excellent signs:

This sign won both the Spelling and Typography awards at Glenn Beck's Rally for Gold and Dick Pills, Also Freedom III: The Third One.

This guy was runner-up. [UPDATE: This guy "dates back to 2003," according to Matt DeLong, who tweeted at us like three seconds after this went up. Even so, we would bet a lot of Ameros that this guy was way into the Tea Party.]

Don't forget this one, which is for sticking in the dirt, to inform others who are near that particular dirt that OBAMA HALF-BREEd MUSLiN.

And who could forget the infinite variations on this. This one wins because the lady looks so pleased with herself, and drunk.

Also who also too could forget all the unforgettable personalities that we met because the Tea Party got all het up about the RINOs and the establishment squishes, and then along came Todd Akin, and Sharron Angle, and Joe Miller, and Christine O'Donnell, and Basil Marceaux -- and those are just the ones that lost!

So Happy Birthday, Tea Party! My, they grow up so... they grow up... they continue existing through time so quick, don't they?