The Twelve Ways (LIKE APOSTLES!!!) We Are Persecuting Christians In The US of A 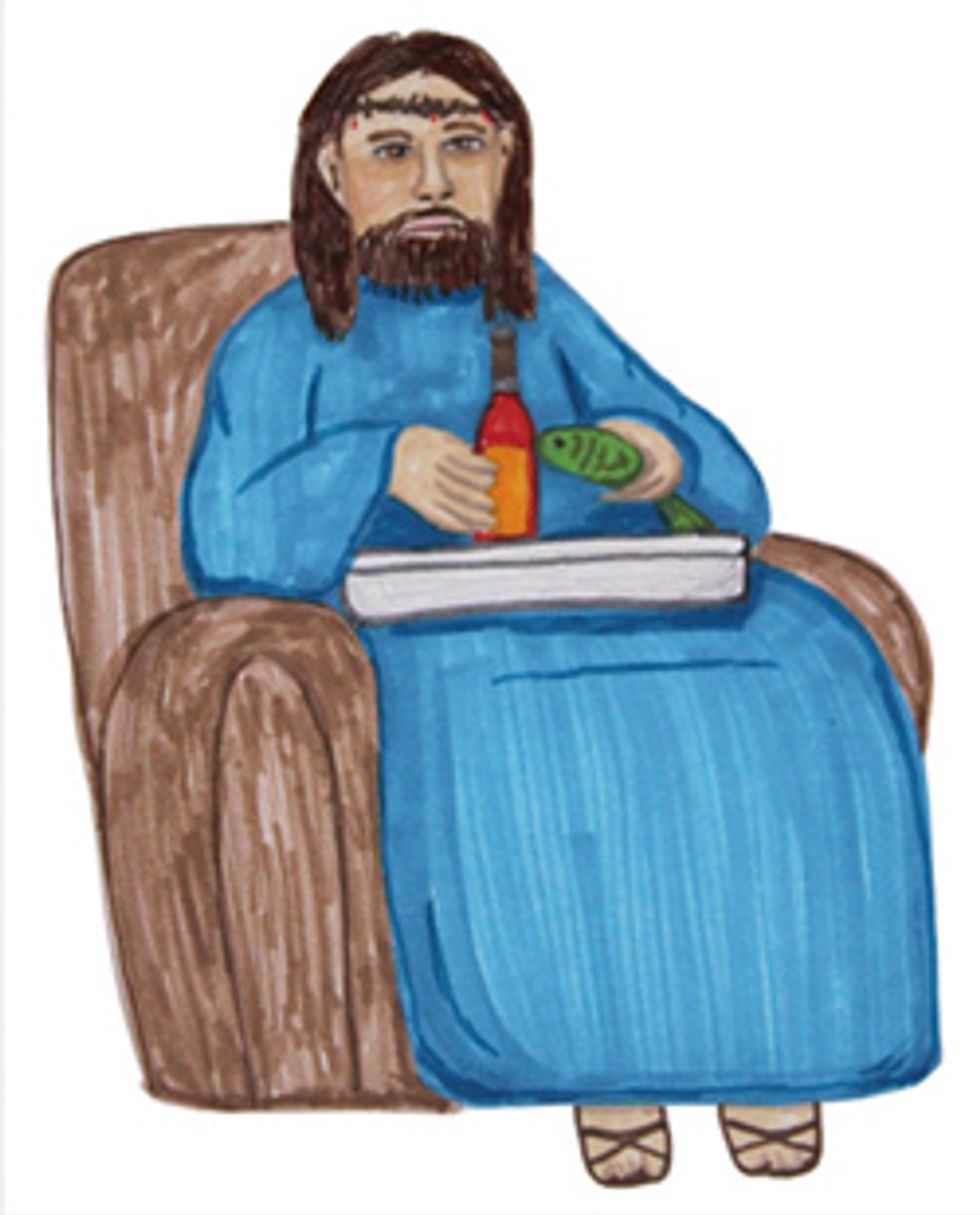 Mississippi Governor Phil Bryant is still super mad about how mean everyone has been to him over his nice bill in which he bans trans people from peeing in the right bathroom! But you heathens will not keep him down. Because he has got Tony Perkins, leader of the anti-LGBT hate group the Family Research Council, on his side, and that dude will fight us all just like David (for the record, actually a Jewish person) fought Goliath.

"I remember in Sunday school, reading one of my favorite stories. It was about a giant, a bad giant, who came into a valley one day and he called to the Israelites, 'Send down your champion and let me vanquish him.' We were in that valley, but Tony Perkins was there with us. He was there as surely as Our Lord and Savior, as surely as the God of all gods stood there with us. And I can tell you how fortunate we are in this nation and in this organization to have a man of faith and leadership in Tony. God bless you for what you do."

Fun Bible fact! Goliath was actually a drag queen. Yeah, Goliath was not actually a giant, he was just wearing some very tall platform shoes and people got confused. Full name was Goliath Downinn Mybed.

Gov. Bryant then went on to explain that the gays and the trans people and all their supporters know not who they are messing with, because Christians are SUPER GREAT at being persecuted. And they will line up in droves to be crucified just like Jesus and all the saints and martyrs did in order to protect their beliefs. You know, because that is definitely a thing that is on the table here.

"Do they believe that we will just simply walk away from those freedoms that our forefathers died for? That Samuel Adams and those men that were divinely inspired to write that Declaration of Independence and our Constitution. Do they think we will simply abandon that?

Let us get this straight -- the Constitution and the Declaration of Independence were "divinely inspired" like the Bible, and Samuel Adams died at 81-years-old of natural causes so that Phil Bryant and Tony Perkins could have the freedom to tell people where to pee? And also it is persecution to not be able to do that? That seems kind of sad and awkward on many levels. Did Samuel Adams die at 81 after suffering from a decade of tremors so that I, too, could tell people where to pee? Or is that a privilege enjoyed only by Christians? Because I have some swell ideas for Gov. Phil Bryant and Tony Perkins!

I also have a few questions, If the Declaration of Independence and the Constitution were, indeed, divinely inspired, then why didn't God tell Samuel Adams, who by the way did not write either of those things, to tell Thomas Jefferson and James Madison, who did, to include something about where trans people can pee? What? Can God not see the future? Also if Thomas Jefferson was divinely inspired than why did he rewrite the Bible and take all the miracles out? Wouldn't he be like, super pro-miracle given that God had performed the miracle of dictating the Declaration of Independence to him? Ugh, American history sure is confusing!

But I digress! Back to the persecution! Let us do a servicey thing and list the myriad cruel oppressions, persecutions and indignities suffered by Christians in these United States! Here they are!!!!

Yes, it is clear that if things keep going the way they are going, crucifixion is the very next step! Certainly all of this is very comparable to torturing and killing people! And it is definitely not weirdly blasphemous-sounding to compare Christ's suffering on the cross for three days to the inconvenience of having to let someone go to the bathroom or sell them a muffin.

Unfortunately for Gov. Phil Bryant, I don't think anyone actually cares enough to literally crucify him or his friends. Especially anyone on the left, given that as a people we are rarely anywhere near as fond of the death penalty as Phil Bryant is! Plus, hi, we've got things to do.

Clearly, if they wanna be crucified, they're gonna have to get it together with some planks and some stools and crucify themselves.