The Year In Sesame Street Evil 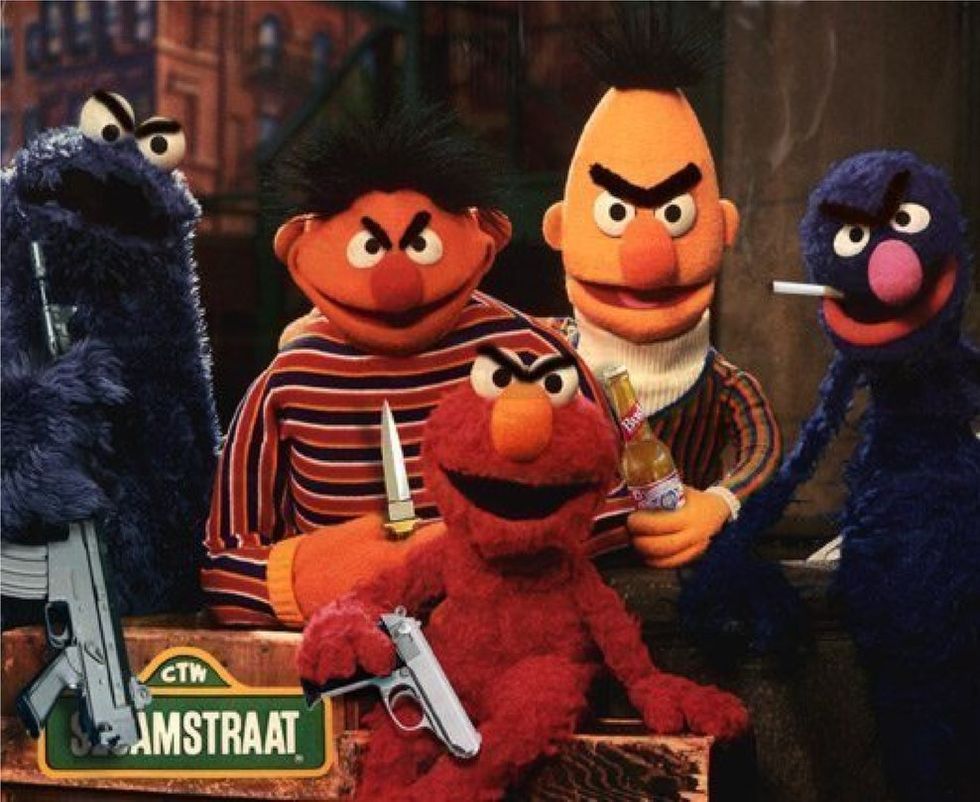 Firstthey came for Big Bird, and we did not care, because dude, old news. (Little known fact: if you stop funding the NEA, Sesame Street and Planned Parenthood, there would be enough budget left over to fund at least threeGSA conventions.) They ALWAYS come for Big Bird, because sharing = communism, everybody knows that!

But besides spreading communism and being mean to Mitt Romney, what other horrible evils has Sesame Street perpetrated on the world this year?

Well, it killed our ambassador in Libya. Wait, what? Sure, take it away, noted sane person Mark Steyn.

Unlike Mitt, I loathe Sesame Street. It bears primary responsibility for what the Canadian blogger Binky calls the de-monsterization of childhood — the idea that there are no evil monsters out there at the edges of the map, just shaggy creatures who look a little funny and can sometimes be a bit grouchy about it because people prejudge them until they learn to celebrate diversity and help Cranky the Friendly Monster go recycling. That is not unrelated to the infantilization of our society. Marinate three generations of Americans in that pabulum and it’s no surprise you wind up with unprotected diplomats dragged to their deaths from their “safe house” in Benghazi. Or as J. Scott Gration, the president’s special envoy to Sudan, said in 2009, in the most explicit Sesamization of American foreign policy: “We’ve got to think about giving out cookies. Kids, countries — they react to gold stars, smiley faces, handshakes . . . ” The butchers of Darfur aren’t blood-drenched machete-wielding genocidal killers but just Cookie Monsters whom we haven’t given enough cookies. I’m not saying there’s a direct line between Bert & Ernie and Barack & Hillary . . . well, actually I am.

Then Sesame Street teamed up with known Latina person Sonia Sotomayor to turn your daughters into bulldaggers.

Then Elmo got in trouble for underage sexing a boy maybe.

But then other boys and maybe the same boy said oh wait, no we weren't, we forgot again.

Then Elmo got arrested for anti-Semitic rants in New York City. Again.

And that was the year in Sesame Street.