Theater Just Trying To Give Audiences A Little Fun With Actor Dressed As Gunman, What's The Big Deal? 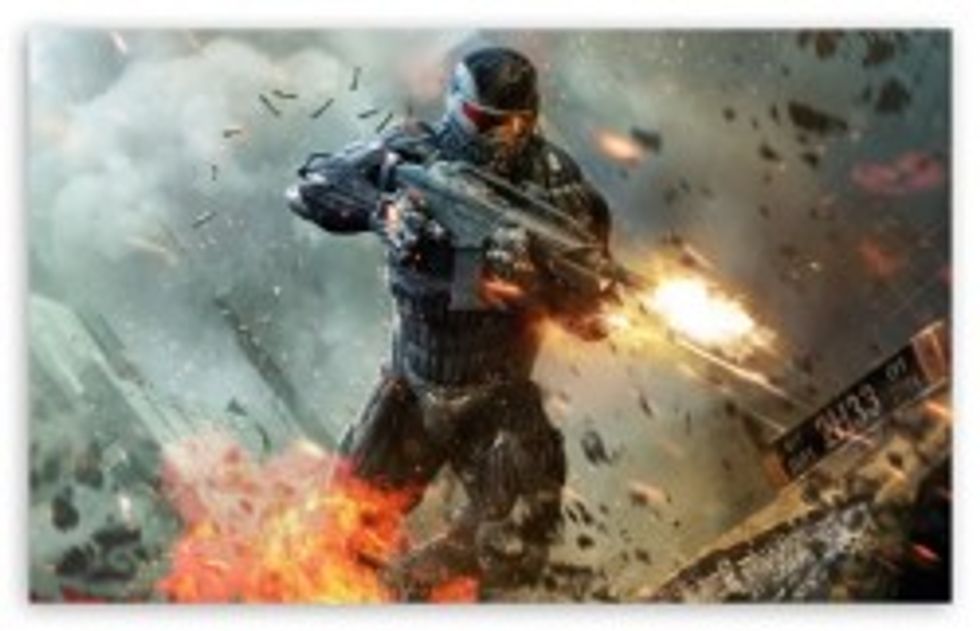 The manager of a movie theater that hired an actor dressed as a gunman, like, with a fake rifle and body armor or whatever, to come in and give its Iron Man 3 audiences a little PTSD thrill, is sorry he's not sorry! Like, what part of"entertainment" do you not understand, Jefferson City, Missouri, police who responded to several calls about a dude with a rifle walking into opening night of a superhero movie! Really, what is the worst that could have happened?

John Molock is a retired Army war veteran and suffers from post-traumatic stress disorder. He told ABC 17 News this most recent trip to the movies triggered memories he never wanted to relive.

"We had just finished watching Iron Man 3," said Morlock. "We're just getting into the car when I spotted a man in full assault gear, carrying what appeared to be a modified M-4 and 9 mm on his side."

Morlock did not call police, but several other moviegoers did.

"We received a series of 911 calls stating that a man dressed in all black and body armor and a rifle was walking into Capital 8 Theaters," said Capt. Doug Shoemaker.

Officers thought they were responding to an active shooter investigation.

But it is cool, you guys, the manager says that only a few people were upset, while hundreds were "entertained." Give em an act with lots of "flash" in it, indeed!

Capital 8 Theaters manager Bob Wilkins told ABC 17 News this was planned months in advance and only a few people were upset, but hundreds were entertained.

When asked if management took into consideration what happened in the the mass shooting at a Colorado movie theater, Wilkins responded, "Absolutely. That's my number-one priority every day. It's the safety and security of our guests."

ABC 17 News asked Wilkins if he had any regrets for allowing the publicity stunt and he said, "No, my job is to entertain people."

Yes, it is absolutely clear that SAFETY FIRST! Because nobody in the country is itchy-trigger-finger hoping to be the red-blooded good guy with a gun who reaches into his pocket for his own (legal in Missouri) concealed piece, and shoots the bad actor with the gun, plus everyone around the actor, plus a puppy that came out of nowhere, in order to (with totally good intent) save some motherfuckin' lives.

At least, it didn't happen this time, so what is everybody's balls in an uproar for?