There. Are. No. God. Damn. Trump. Comey. Tapes. (Unless There Are, In Which Case There Are!) 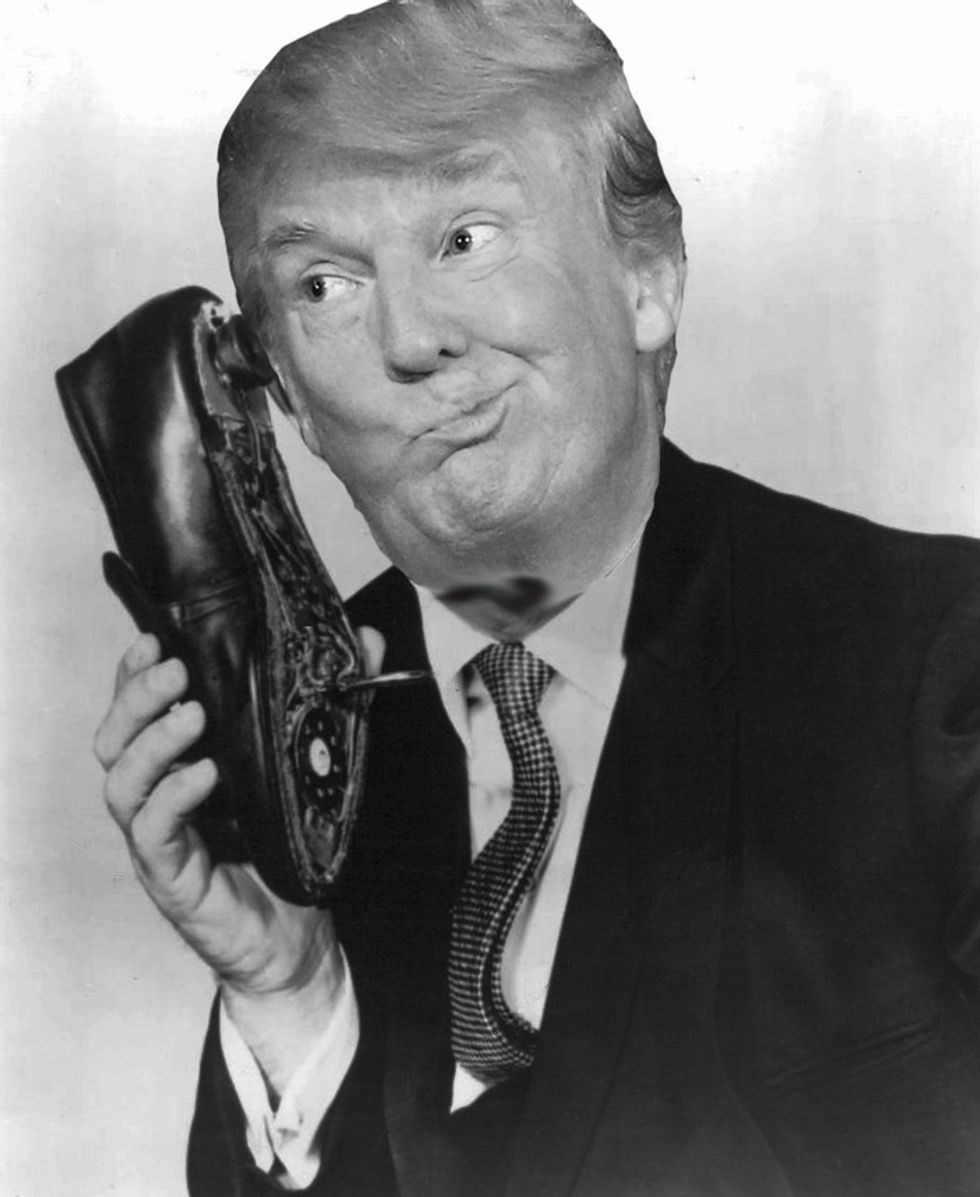 Let's get one thing out of the way: There are (probably) no goddamned tapes of Donald Trump and James Comey shooting the shit about Trump's obstruction of justice in the Green Room at the White House. Most likely. The Secret Service has Russian pee hookered all over the idea that THEY had any part in wiring up the White House to record conversations for the president. They confirmed this in response to a FOIA request from the Wall Street Journal, made just after Trump made his infamous threat about how Comey better "hope" he doesn't have any tapes (Comey hopes he does, actually!), just like Trump "hoped" Comey would kill the investigation into Michael Flynn:

“In response to your request, the Secret Service has conducted a reasonable search for responsive records,” the agency wrote. “It appears, from a review of Secret Service’s main indices, that there are no records pertaining to your request that are referenced in these indices.”

Right. So unless Trump convinced the White House staff to act like his sycophantic cabinet of automatons and get on their hands and knees and wire up the place for Trump -- or unless Trump got on his own hands and knees and did "wire tapps" to himself, which is unlikely because the White House is full of stairs, and Trump is afeared of those -- there probably aren't tapes. Unless he got his private security goons to do it (and the Secret Service didn't notice), the way he did to Trump National Golf Course and the weird non-gold-plated house he owns in Sterling, Virginia. But can you just casually do that in the White House, as if it's somehow YOUR HOUSE NOW and not the People's House? Put nothing past Trump, the man has no class, no breeding, and no respect.

But the White House is just going to keep this going! Here's Sean Spicer Monday afternoon during his press briefing:

Ooh, so exciting! Will there be a ceremony and will it air in primetime on NBC? Will it be like "The Bachelor," where there is a rose involved, or will it be more like "The Amazing Race," where teams of journalists from all the major publications and also The Gateway Pundit (for comedic value) have to go on a scavenger hunt around the world, to find the tapes (that don't exist)? Goddammit, Donald Trump, leading the most powerful nation in the world is not a fucking game.

On Friday afternoon, during Trump's presser with the Romanian president, he, in his illiterate Trump-Speak, said he would have an "announcement" to make about tapes "over a short period of time," which in his limited understanding of the English language, means "soon." He added that everybody will be "very disappointed" when he makes that announcement, either because he doesn't have tapes, or because he plans to release a fake tape of him playing the "president" and Kellyanne Conway playing "Comey," and featuring dialogue like "I am James Comey and I make up stories because I am weak and sad! I just wish I had normal sized hands like President Trump!"

Of course, it's possible that Trump really HAS tapes. Last year during the campaign, Trump staffers were freaked out that all their offices were probably bugged in Trump Tower, and he reportedly has his boudoir at Mar-a-Lago all rigged up so he can listen in on any landline on the property. Seriously, the dude is paranoid as fuck (like Nixon) and he's dumb as shit (unlike Nixon), so it's possible that his thin-skinned pussy-grabbing ass considered installing surveillance to be his first order of business the day he defiled the White House with his presence.

There are no. goddamned. tapes.

Oh the suspense! This is so exciting!

There are no tapes.