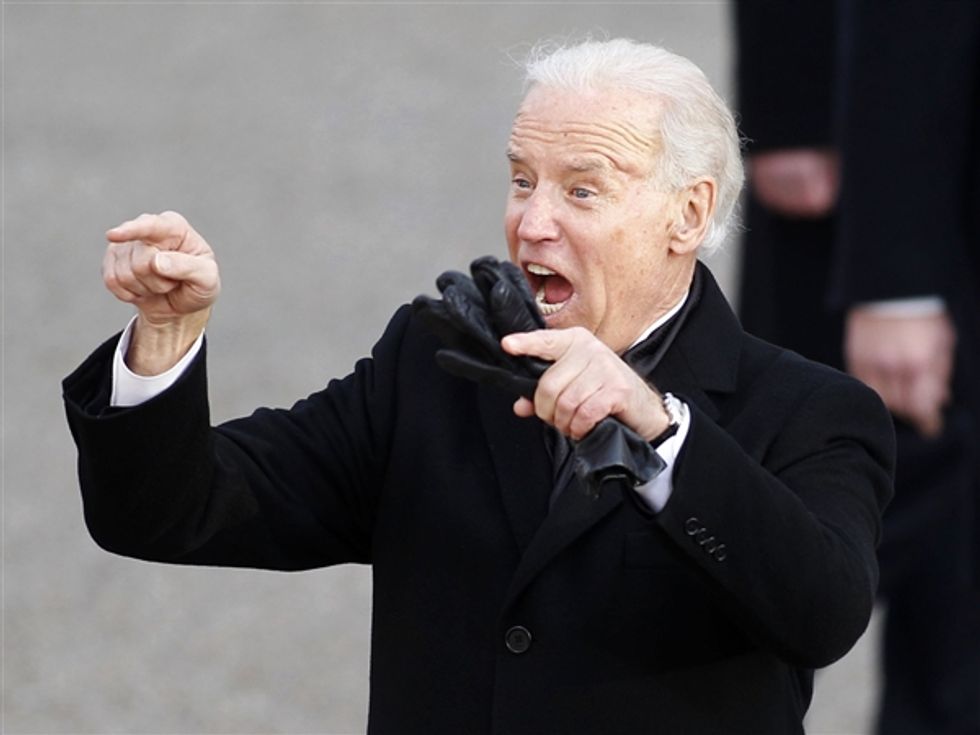 Your sexxxy vice president, Old Handsome Joe Biden, went to Ohio on Thursday to campaign for his old pal Emails McBodycount, and he talked about many nice things, like how Donald Trump doesn't know shit from shinola about anything, and how the aforementioned Hillary Clinton does know things, and is good, and should feel good about how good she is. And while he was there, he said a ZING! about Trump that we love very much:

“This is a guy born with a silver spoon in his mouth that now he’s choking on because his foot is in his mouth along with the spoon,” Mr. Biden said.

Biden, clearly amused by his #joke, got on Tweeter and Twatted it out into Internet:

"I am the best at jokes," Joe Biden probably thought, "and also it should be noted that when I was a young man, I was breathtakingly fuckable." Agreed, Joe, AGREED.

So, because we at Wonkette are Very Serious Journalists, we figured we'd come up with some more insults for Trump, inspired by OHJB's zinger.

We'll be here all night, folks.