There Goes Wacky Psychopath Kim Jong-Un, Shooting All His Friends With Missiles 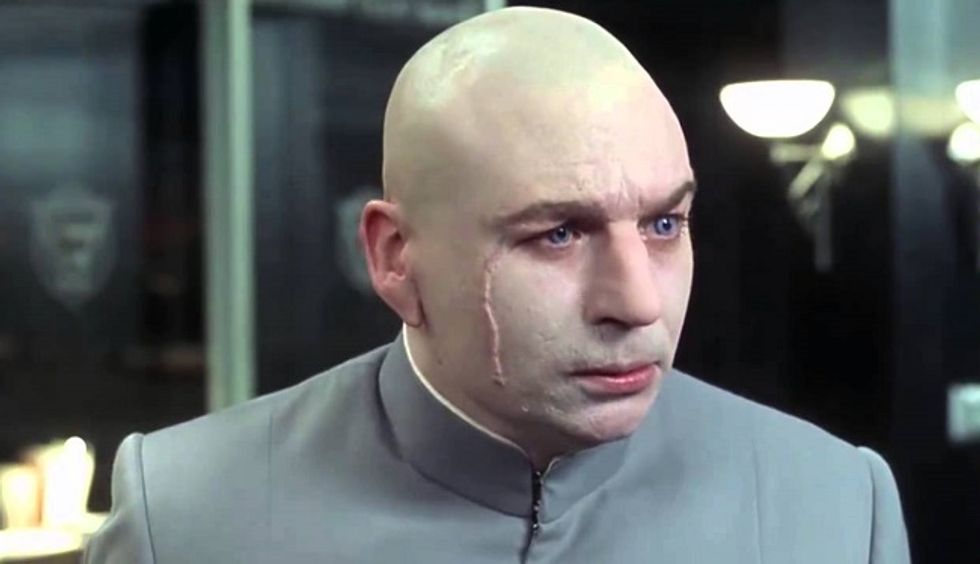 His most holy leader and unicorn god of North Korea Kim Jong-un has allegedly struck again with a creative execution of a high government official. Remember when you were a kid and you would have your G.I. Joe action figures blow up their enemies in Cobra with intricate scenarios involving missiles, the family waffle iron, and anything else at hand? That’s basically Kim Jong-un, only with real people.

The latest victim is Hyon Yong Chol, North Korea’s now former defense minister, who was retired from his position by being obliterated into little tiny defense minister pieces with an anti-aircraft gun. Chol’s crimes apparently included nodding off during meetings and occasionally talking back to Kim. This leads us to two conclusions: 1) Kim Jong-un was not hugged enough as a child and 2) We’re very glad that the Editrix does not own any anti-aircraft guns. THAT WE KNOW OF.

As with all things North Korea, it’s impossible to know if this execution story actually happened. A human rights group claims to have satellite images to back up the allegation, but we have been fooled before. The fate of Kim’s pop star ex-girlfriend, allegedly executed along with her band for the crime of having a Bible-fueled orgy, remains unclear. Earlier reports that Kim executed his uncle by having him fed alive to wild dogs appear to have been inaccurate. (The man was machine-gunned to death. Whew, that’s a relief!) Reports that Kim executed a security minister with a flamethrower and had his aunt poisoned to death after she protested her husband’s death at the hands of either wild dogs or a machine gun can in no way be confirmed.

Of course it’s also possible that Kim is just jealous of all the attention ISIS got for burning a guy alive and feels he needs to keep upping the stakes in the worldwide auditions for the reality show Earth's Nuttiest Executions! Coming this fall on TLC!

At this rate, Hollywood will soon be waving piles of money and white women at the boyish sociopath Kim to come to California and write screenplays about scorned people getting revenge through intricate and horrifying scenarios. Prepare to see your onscreen doppelganger slowly lowered into a vat of boiling acid while encased in a spacesuit full of angry fire ants, HELEN.