This Elizabeth Esty Situation Is Fucked Up Six Ways From Sunday 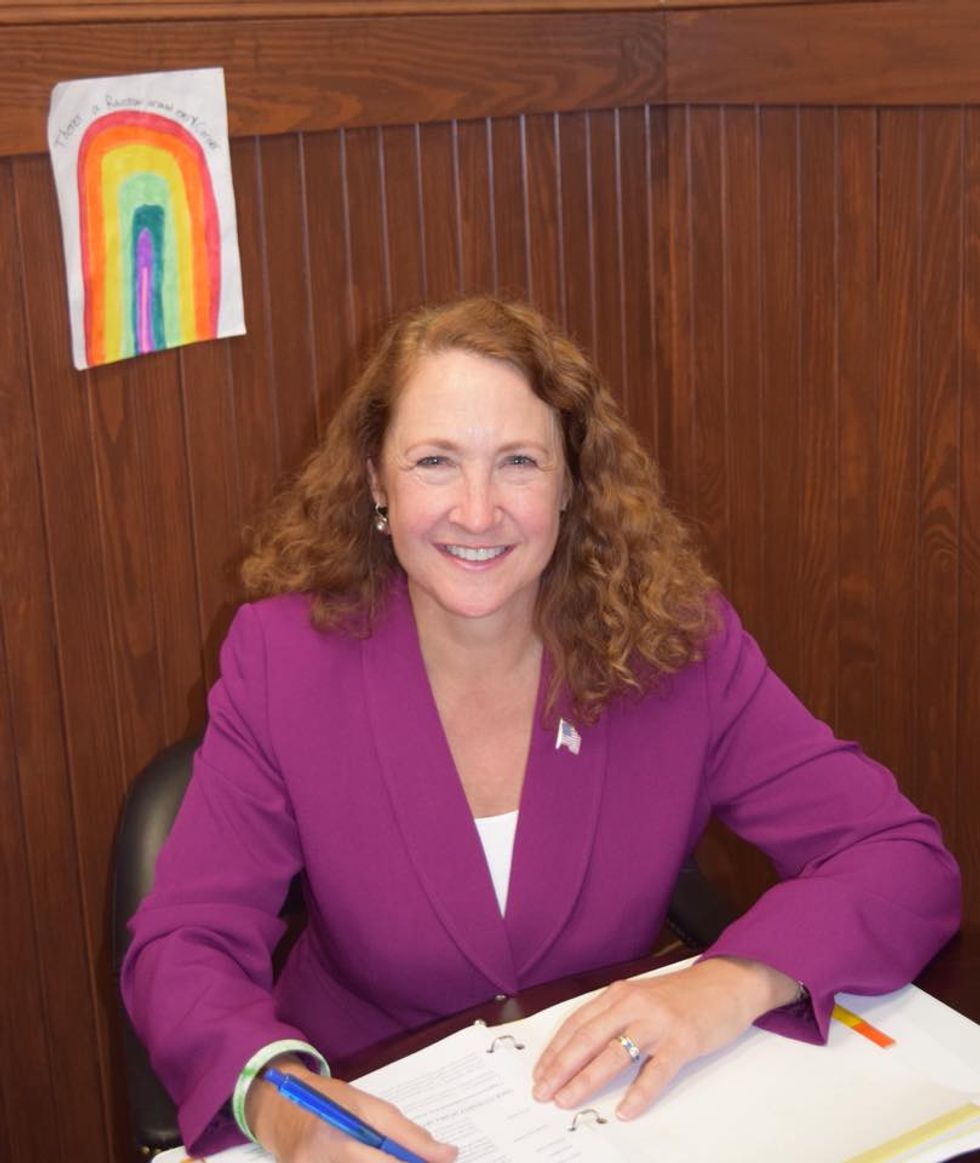 Democratic Rep. Elizabeth Esty of Connecticut is in a fucked up situation of her own creation, and also of Congress's creation, because of the fucked up rules pertaining to how Congress handles claims of abuse and harassment, rules that are coming under greater scrutiny in light of the #MeToo movement.

The basic facts are this: The Connecticut Post reports that in 2016, Esty fired a staffer named Tony Baker three full months after she found out he had repeatedly physically, emotionally and verbally abused a former staffer named Anna Kain. As punishment, Esty ended up writing Baker a recommendation letter so he could get a new job, and paid him $5,000 severance. This all seems ... wildly fucked up and wrong?

But that is really what happened:

A former staff member for Rep. Elizabeth Esty said she was punched, screamed at and threatened with death by the congresswoman’s then-chief of staff, who after being fired in 2016, went to work for Sandy Hook Promise on Esty’s recommendation.

Baker was fired from Sandy Hook Promise this week, by the way.

Rather than firing or suspending Baker, the congresswoman consulted her personal attorneys and advisers, she said. She also spoke to Kain on May 11, emails show; Kain said she provided detailed allegations that Baker had punched, berated and sexually harassed her in Esty’s Capitol Hill office throughout 2014, while she worked as Esty’s senior adviser.

Baker did not leave for three months.

And then he got a severance (which Esty says she is paying back to the Treasury Department) and a rec letter (which Esty called "limited").

Esty feels very bad for this, and says she did the wrong things. And we'd agree! But she also says the three month time lapse between her learning, in 2016, after a drunken event for current and former staffers, that Baker had left Kain a message saying, "You better fucking reply to me or I will fucking kill you,” and Baker ultimately leaving three months later, was due to a "firing protocol" by the Office of House Employment Counsel (OHEC), which also pushed Esty to sign a nondisclosure agreement with the dude:

[Esty] said she was working within a system that appeared designed to shield members who had misbehaved, not those trying to dismiss problematic aides.

“Clearly that’s what it’s all set up to do — to protect the member of Congress whose bad behavior caused the problem,” Esty said.

Baker and Kain met in 2012, while working for Esty. They dated in 2013, but things went south after that, while they were both being promoted to higher positions on Esty's team:

According to Kain’s petition for a restraining order, Baker punched her in the back and “repeatedly screamed” at her in Esty’s office while threatening to retaliate professionally if she reported his behavior. She did not tell Esty or the House Ethics Committee out of fear for her safety, her petition stated. [...]

On May 5, 2016, Baker called Kain approximately 50 times and said he would “find her” and “kill her,” she alleged in the petition.

Esty, according to statements to the Hartford Courant, told Baker this was VERY BAD and he better stop drinkin' OR ELSE.

A spokesperson for Baker says "nuh uh" not all of that stuff happened, and also Baker was too drunk to remember all those phone call threats, which obviously means they don't count. The spox says Baker told Esty he would quit after she found out about all the allegations, but Esty says "nuh uh" he did not.

The whole sordid tale can be read at the Connecticut Post and Washington Post, but we think the only lesson we can glean out of this is that literally everything is fucked up about this situation. How Esty handled it, how Congress seems to protect abusers more than it protects victims, and how all the protocols currently in place for handling situations like these need to change ASAP:

Esty faults herself for not immediately suspending [Baker] upon hearing of a May 2016 incident in which Baker allegedly threatened Kain in calls and text messages witnessed by friends and associates at a Capitol Hill bar.

While accepting blame for the job recommendation, Esty explained it as an outgrowth of the House counsel’s recommendation to reach a nondisclosure agreement with Baker and ease his transition into the world outside Capitol Hill.

“I was conflicted at (that) time, but less so now,” Esty said. “He had made efforts to get counseling and treatment. I believe in second chances for people.”

Esty says the sunlight shining on what happened in her own office, and the cover-up she participated in, is pushing her to speak out to fix these problems all around Congress:

Esty said she plans to advocate for greater accountability in how congressional offices are managed. [...]

“I just want people working on the Hill and going through this to know that it’s real, it’s a problem and nothing about it is okay,” she said.

Sounds like she's got some work ahead of her, because as of now, Connecticut newspapers (and possibly a mommyblog/recipe hub or two [Editrix here to inform you that Official Wonkette Editorial Policy is AYUP]) are calling for her resignation/head on a platter.