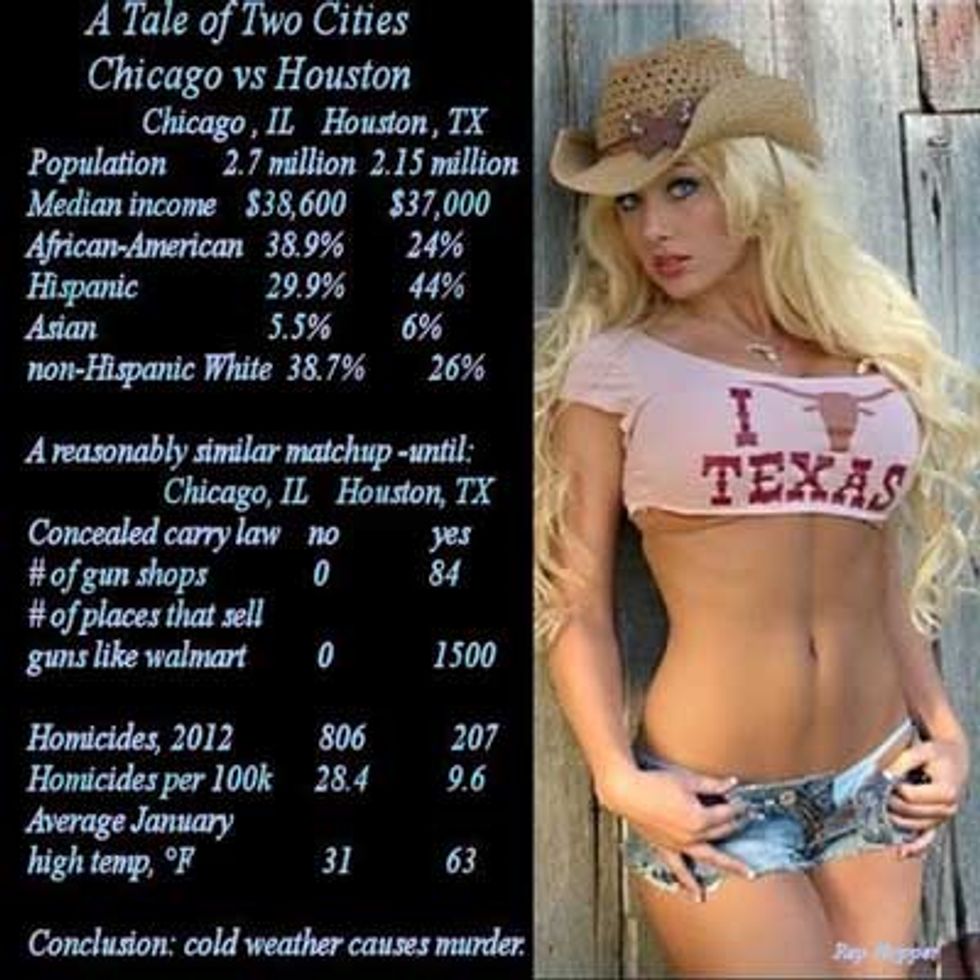 O hai TEXAS! What are you doing? Just cold illustratin' this list of gun "facts," as sent around to all his colleagues by New Hampshire Brain Genius Rep. Gary Hopper? Sounds like hard work. You keep bein' you.

It all started as an email thread about gun control, and all the Dems were like WTF, nobody is gonna seize all your guns, what is even your damage Heather? But then this other dude, Rep. Jordan Ulery or someone, was all like, THIS is my damage!

"And when we were discussing same-sex marriage people said talking about multiple partners, animal interactions made those who define marriage as a relationship between man and woman as silly and foolish," answered Rep. Jordan Ulery (R-Hudson). “Today, however, in several states multiple partners and even bestiality have been proposed or floated as extensions."

To prove his assertion, Ulery provided several links including an article on The Daily Currant titled, "Bestiality Surges Hours After New Zealand Legalizes Gay Marriage" and another from Smash Mouth Politics titled, "Vermont Legislature considering a bill that would legalize beastiality, polygamy etc.”

Then everybody else made fun of him for being an idiot jackhole, and that's when Gary Hopper was like PEW PEW PEW MY GUN IS LIEK A COCK!

Satire is hard, you guys. We once had a cute twentynothing explain "satire doesn't have to be funny. Like '1982,'" before grabbing our boob so we bought him a drink.