This White Lady In Body Armor Shot All Her Neighbors And Lived To Tell! Your Gun Fun Holiday Roundup! 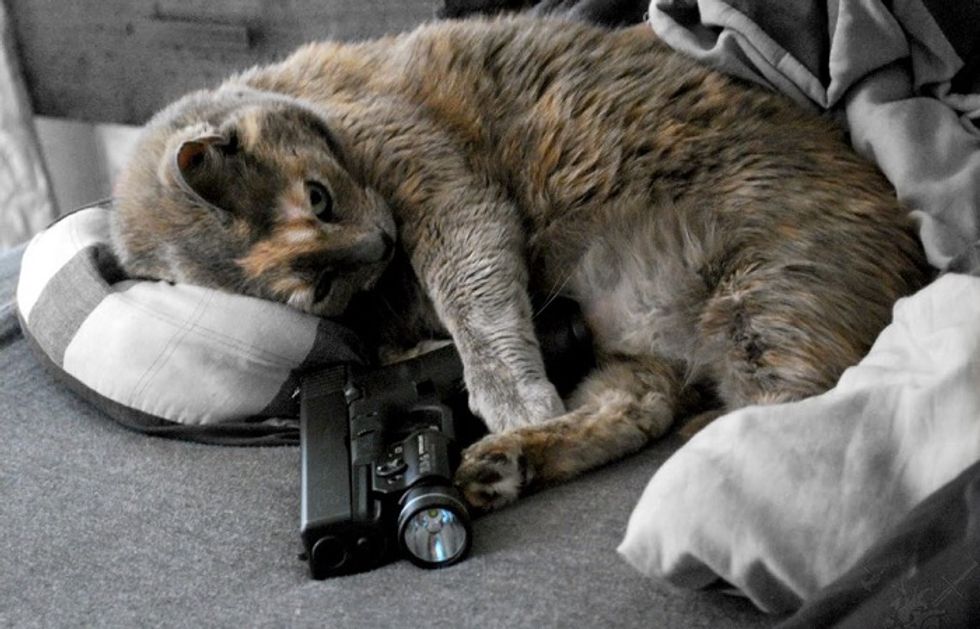 Time for another of our periodic check-ins with the good guys what carry guns and keep us safe from tyranny with their steadfast devotion to Responsible Gun Ownership.

First off, we have an inspiring tale from Texas, where Friend of Liberty Martin Gaytan regularly posted about his love of guns on Facebook, including a June repost of this inspiring and irrefutable case for why every American needs a gun:

The list, from the nice people at the Facebook group "We Like Gun Rights," doesn't include one other excellent reason for owning a gun: you can use it to shoot your wife to death during an argument.

Authorities say that Gaytan told them that he and his wife, Monica Gaytan, also 24, had an argument at their home around 5:00 a.m. at their home in Spring, Texas.

Martin Gaytan claims Monica Gaytan pointed a gun at him. Martin Gaytan allegedly told investigators that he took the gun away from his wife and shot her multiple times, ABC 13 reports.

Oh, OK, well then that seems like a clearcut case of self-defense: She was holding a gun, so he took it away and shot her to death before she could beat him to death with a sidewalk or something.

Incidentally, if that "We Like Gun Rights" Facebook page sounds familiar, it should! They're the happy liberty-lovers who reminded us that guns are way more effective than voting:

And really, isn't it rather glib to present Gaytan as some kind of hypocrite? After all, his wife may be dead, but Obama didn't declare martial law, now did he? Let's score this one a big win for the Second Amendment.

Want another poster boy for the Second Amendment? How about young Preston Pollard, 23, who drove all night on Christmas Eve, from his home in North Texas to Marion County, Florida, so he could give his girlfriend's family a special surprise on Christmas morning: He shot her father and stepmother, killing the father and critically wounding the stepmother. The girlfriend, who was at her parents' home at the time, was not harmed. Following the attack, Pollard got back in his car and kept driving; he shot and killed himself when police tried to pull him over about 350 miles away.

Pollard's father said that his son had purchased a plane ticket for the girlfriend to come and visit in Texas, but when she was unable to make it, the young man drove to Florida.

“Something went wrong,” Stephen Pollard remarked. “Nobody really knows what happened… They say he opened the door and started shooting. That doesn’t sound very likely to me.”

“Why would he drive all that way to kill somebody?” the father asked. “He was driving that way to see his girlfriend.”

Stephen Pollard also said that his son didn't own a gun, a statement that seems somewhat at variance with that dead body in the girlfriend's doorway.

Love makes people do funny things, but love plus a gun allows them to really accomplish something memorable. And let us just note that at no time during young Preston Pollard's odyssey did the government suspend habeas corpus or announce that elections would be cancelled.

In liberty-friendly Hayden, Idaho, earlier Tuesday, a Responsible Gun-Owning mom with a concealed carry permit was shopping with her four children in the local Walmart when one of the children, a precocious two-year-old, reached into the woman's purse and managed to pull the trigger of a gun that the woman was carrying. The weapon discharged, killing the woman immediately. The shooting has been determined to be an accident, but it's also no accident that, even today, the Bill Of Rights is still in good working order and no jackbooted thugs are trampling our liberties.

Finally, a somewhat counterintuitive story from Chattanooga, Tennessee, where Responsible Gun Owner Julia Shields strapped on some body armor, picked up her trusty handgun (type not specified), and drove through a suburban neighborhood, "firing multiple shots out her window at people and cars." Police responding to an emergency call first met two people who said a woman had pulled up to them at a stop sign and fired shots into their car, disabling the radiator. Eventually, police found Shields in a parking lot at a Baptist church, according to a press release:

Shields sped away in her car and led officers on a chase down Highway 153 and Hixson Pike, still pointing her firearm at vehicles she passed.

Eventually, officers stopped and arrested Shields at Cloverdale Drive and Koblan Drive, near the spot where the shootings occurred and just blocks from her house. She pointed her firearm at an officer, but was taken into custody without incident or injury, the release stated.

What's that? A woman went on a shooting rampage in a suburban neighborhood, led police on a chase, then pointed a gun at a police officer -- and she's still alive? How can that be?

There's just nothing about this story that makes a lick of sense, except for this indisputable fact: At no point during the shooting rampage or the police chase was the Second Amendment revoked by executive order.

[ABC13 via FreakOutNation / WFAA via RawStory / KREM-2 /TimesFreePress via TPM]