To Save Babies, Texas Murders HIV Funding At Planned Parenthood 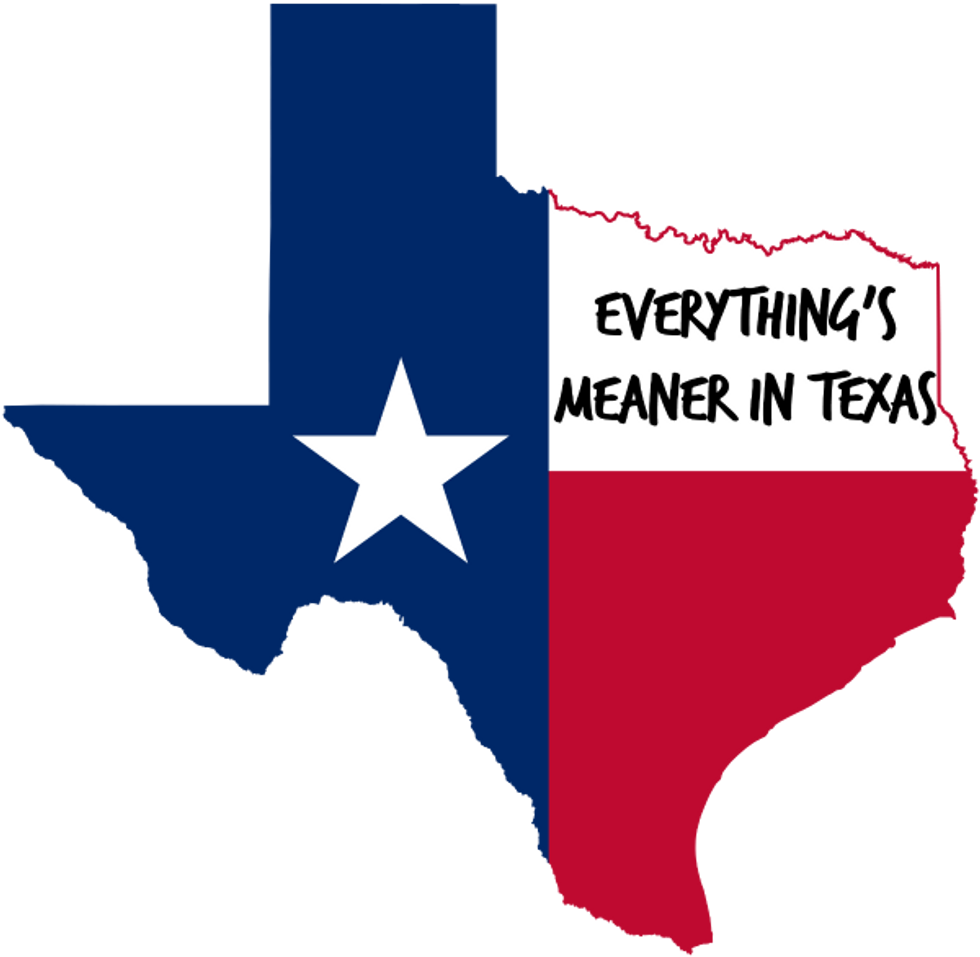 won't someone please mess with Texas?

It's been a good five or ten minutes since we checked in on the government in Texas to see what horrible things they are inflicting upon their own populace. What is it this time? Building a tiny border fence around each and every undocumented immigrant? Telling all the liberals to self-deport? Mandating that everyone allow fracking in the baby's sandbox in the backyard, for freedom? Actually probably all of those things! However, the most recent bit of awfulness combines two great right-wing tastes that taste great together: slut-shaming and kicking Planned Parenthood in the teeth. How have they managed this feat? By cutting HIV prevention funding to a Houston-based Planned Parenthood affiliate because homos and ladies should just keep their legs shut, amirite?

"We have the discretion to extend the contract and elected not to," said Texas Department of State Health Services spokesman Chris Van Deusen, without elaborating. "The services will be provided by local health departments in the area."

[contextly_sidebar id="mPTA5RtAm6LFtdCX8PKehdz6szrPV3d9"]You will be unsurprised to learn that Mr. Chris Van Deusen did not specify which local health departments in the area will be providing those services, even though the grant runs out on Dec. 31. So weird that Texas wouldn't have all those great local health departments lined up already! Maybe they can just take a page from the Ohio GOP playbook and insist that any gap in services can be filled by totally realistic alternatives like school nurses, dentists, and food banks. All of those entities will just LOVE performing STD testing and providing condoms and talking about safe sexytime.

How many people will these as-yet-unnamed locations have to serve in the coming years? All of them, Katie.

Since 2014, the grant has funded more than 138,000 HIV tests and helped in identifying 1,182 people with HIV, according to Planned Parenthood Gulf Coast.

Of course the grant also funded tests for syphilis, gonorrhea, chlamydia, and hepatitis C, but since those are all dirty dirty whore diseases, who needs testing anyway? And it shouldn't be any problem at all to just shovel 100,000-plus tests on over to the podiatrist in the strip mall or whatever.

If perhaps you were thinking that this was rational because Texas has every right to decide where good ol' Texas state money goes, haha you are dumb because it is much more blindingly stupid than that and you should know better.

The contract is federally funded through the Centers for Disease Control and Prevention but managed by the state.

So, in its zeal to kick Planned Parenthood in the teeth over the fact that they are literally making a bouillabaisse with baby parts every day of the week, Texas has also managed to kick a whole bunch of non-abortion-having people in the teeth also too. We wish we could say that was an unintended consequence, but it was probably utterly and completely intended. Great job, Texas.