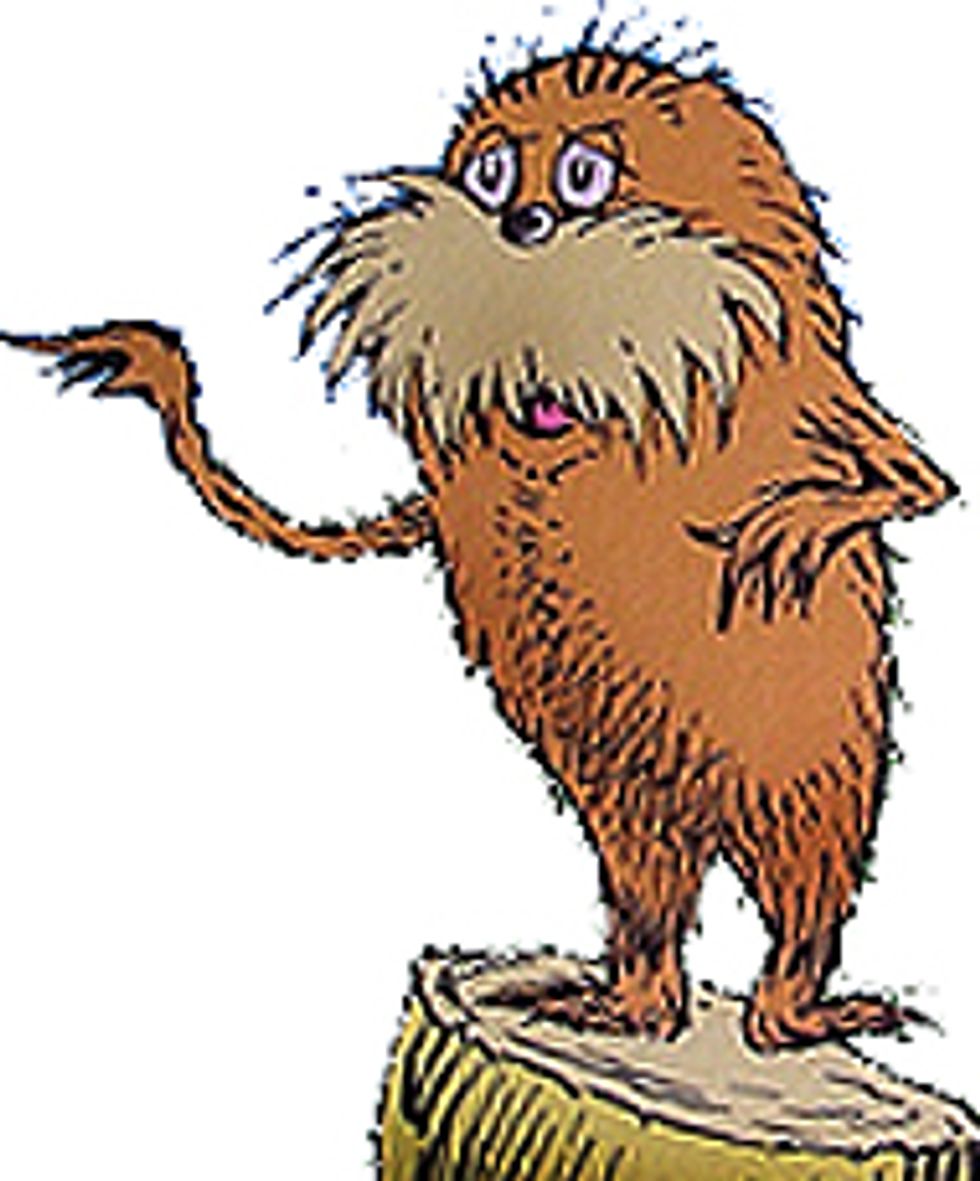 Republican Congressman Dana Rohrabacher is a senior member on the House Committee on Science, so it's no surprise that he's ... uh, insane? This is Rep. Rohrabacher's big idea about how to fix the Global Warming crisis: “Is there some thought being given to subsidizing the clearing of rain forests in order for some countries to eliminate that production of greenhouse gases?”

He posed this compelling scientific question to the Obama Administration's climate change envoy -- we have an envoy for that? -- during a congressional hearing on global warming. It's good, we guess, that all the Republicans aren't totally denying there's such a thing as global warming and melting icecaps and drowning baby polar bears. But maybe they shouldn't think about it at all.

“Or would people be supportive of cutting down older trees in order to plant younger trees as a means to prevent this disaster from happening?” [Rohrabacher] continued.

And then, they heard a ga-Zump! They looked and saw something pop out of the stump. It was sort of a man. Describe him? ... That's hard. I don't know if I can.

He was shortish. And oldish. And brownish. And mossy. And he spoke with a voice that was sharpish and bossy.

And then Dana Rohrabacher had the Lorax charged with Patriot Act violations/Environmentalist Terrorism. And a few decades later, the Lorax died in his aluminum cell at Guantanamo Bay, his little head resting in the lap of Bradley Manning.

Somewhere, not so many miles away in Florida, Barack Obama played a round of golf, where the grickle-grass grows. [NYT]