Toby Young: Meet The British Betsy DeVos, If She Were *More Of An Asshole*! 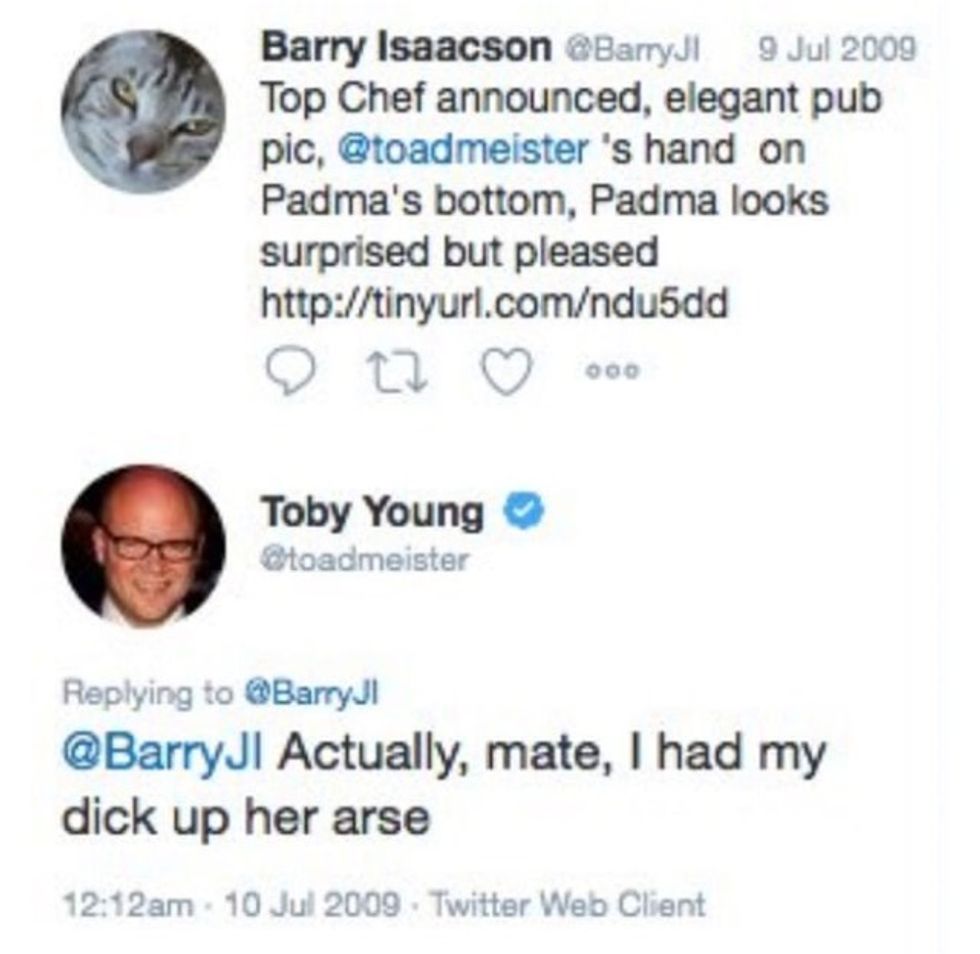 We welcome our British readers to the blue-passport club! We are sorry to have heard about the recent troubles regarding your beautiful red ones, which as we understand it is one of the most pressing issues facing your nation. But we hope you will appreciate this Internet hug, in the form of an American discovering Toby Young and sharing with the world.

Toby Young had been appointed to a role on an advisory board, called the Office for Students, which is tasked with ensuring that there's a decent return on investment in higher education. Toby Young is also the sort of man who might say this:

I would call him cartoonishly evil, but he doesn't really rise to the level. He's on track to be a low-rent Katie Hopkins if he keeps honing his skills, but for now he's somewhere between Nigel Farage and Piers Morgan in the rankings of twattish British people.

His career began when his father, famed sociologist Baron Michael Young (who coined the word meritocracy) picked up the phone and had a chat to Oxford, who had rejected his son for matriculation. From there, he has slithered upwards through a series of spectacular career failures that would have destroyed a man who wasn't good friends with Boris Johnson.

I mean this is a guy who started charter schools and then stepped down from running them because it turned out to be a difficult job.

"There is no question that it was arrogant of me to believe that just having high expectations and believing in the benefits of a knowledge-based education for all, that those things alone would be enough to create successful schools.”

Toby Young is such an incandescent triumph as a failure that he got a plum gig at Vanity Fair, then fucked it up so hard he wrote a book about the experience - How To Lose Friends And Alienate People - which was turned into a major motion picture. Young not only got kicked off the set of the movie, he wasn't invited to its wrap party either. And when we say fucked up the gig, I mean wrote 3,000 words in years, collecting $84,000 in salary.

Here's what the guy's wife had to say about him:

For even though I went into marriage with Toby with my eyes wide open, there have been times when he has behaved in such spectacularly selfish ways that I have been left speechless.

And then she launched into the anecdote about the time her husband took the hot babysitter to a show instead of his wife, leaving the wife to watch the baby.

Toby Young's greatest claim to fame is his ability to fuck up anything he touches and even his wife thinks he's an asshole. But don't take her word for it! Toby writes about what he thinks of as his hilarious hijinks, like this:

which is, you'll note, where he thought it would be witty and amusing to I guess trick gay ladies into kissing a boy and then having a pillow fight with him? (It turns out none of the lesbians wanted to kiss Toby Young.)

I mean, there's just something very sad about someone who edits their own Wikipedia page hundreds of times.

In other words, Toby Young has spent his entire adult life being as generally disagreeable as he possibly can, and would now like it very much if people could please just let his youthful hijinks -- like the time when the wee young lad of a mere 46 said that thing about Parma Lakshmi! Just a stripling, he was, and hardly someone who, as a result of a lifetime of self-inflicted humiliation, could be expected to understand what would happen as a result of his behavior!

So of course Young has been disinvited to sit on the committee in the end because I could seriously keep writing for about five hours and only have scratched the surface of the troubled youth that is Toby Young. (When you're best mates with Boris Johnson and even Theresa May won't stand by your side after she's stood by Nigel Farage, Donald Trump, and fucking Boris Johnson, you have failed so catastrophically that even though the whole world watched it happen, you won't sell that second movie because nobody would buy a film based on the premise that anyone could be so monumentally stupid.)

BUT WAIT, THERE'S MORE! See, since everyone in pretty much the whole world started talking about how spectacularly unfit Toby Young is for any oversight of anything and he's had to step down, he has become something of a cause celebre in conservative British circles! You see, this is censorship, and a mob, and a witch hunt, and anyway he deleted all fifty thousand offensive tweets, what's the problem? This is NOT TO BE BORNE.

Toby Young will, most likely, not be working in British politics anytime soon. It is likely that he keeps writing columns and op-eds, and for that we can all be grateful because if we know one thing, it's that Young can't go more than a few weeks without entertaining us all, by which I mean give us at least five minutes when we shake our head in wonderment and think to ourselves "how is this guy still alive? Surely someone with so little sense of self-preservation would have had a fatal accident while he was learning to operate a kettle?"

This has been your introduction to Toby Young, Americans. He doesn't do much of anything, and there's no real reason he's relevant, but he's going to be fairly famous and well-off forever and we suppose that's as good a statement on the validity of the meritocracy theory as anything we could dream up!

We do not have fathers who got us into Oxford so pay us here: