Today We Are All This Lady Brandishing A Semi At Chuck E. Cheese 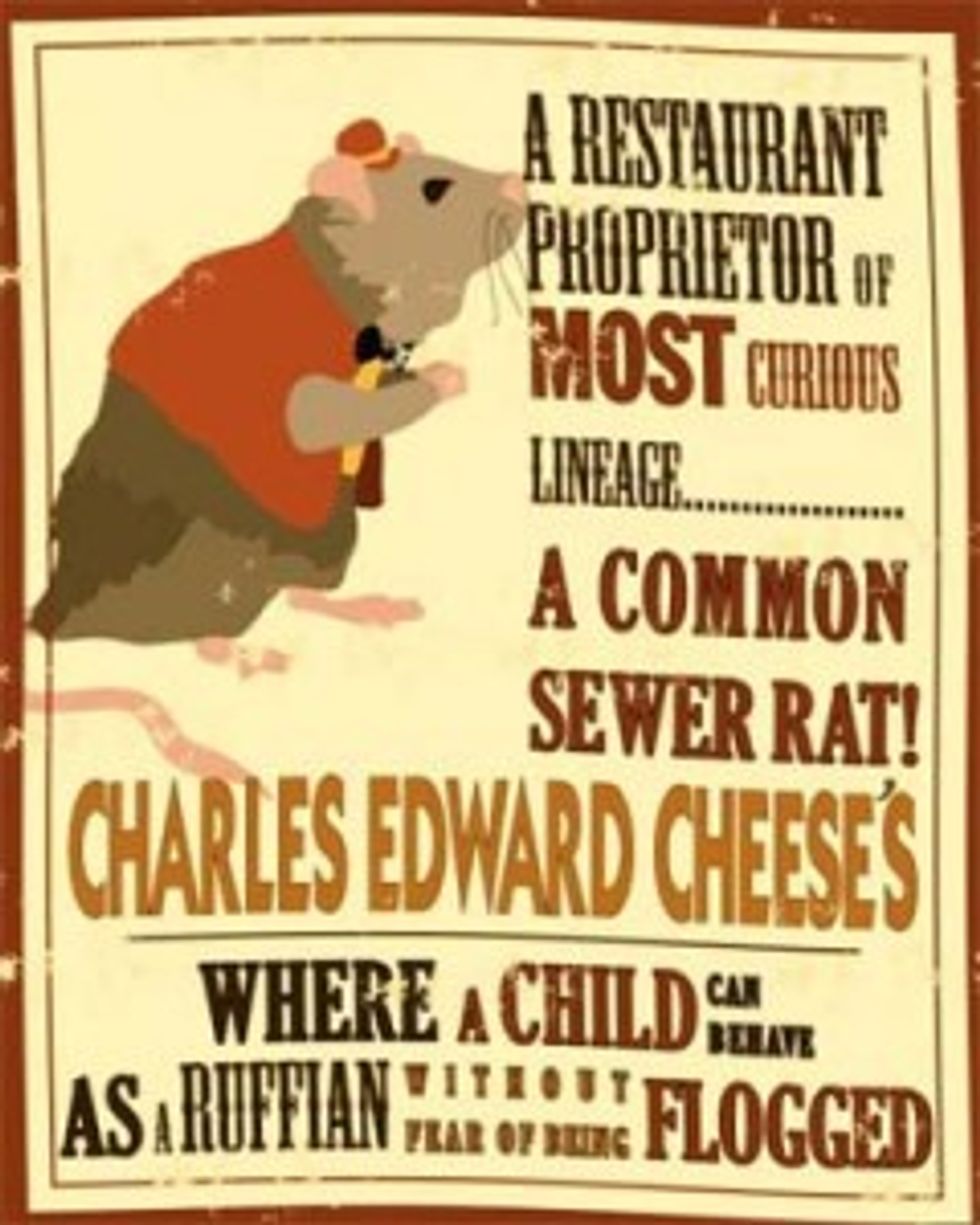 Let those without sin cast the first bullet, but who hasn't wanted to brandish a firearm at a Chuck E. Cheese? Only those who have never had to be there, surely. But the big problem is, there is a difference between wanting to anddoing so - and that's exactly how a lady in Connecticut found herself in big fat trouble.

Tawana Bourne, who is not a public figure but this does not stop HuffPo from putting her name in their headline (we can't imagine why but it doubtless has nothing to do with Tawana usually being a black name we are sure!), was at a party at the ratty party palace in Midland and her son pushed another lady's daughter off a ride. That happens, kids suck. But THEN, when the other mother got into an argument with Bourne about this, Bourne decided to use a visual aid and "brandished a .380 semiautomatic handgun and chambered a round." Admittedly, this does sound like a fairly effective way to try and shut someone up, and luckily no one was hurt, but next thing you know, Bourne has gotten herself arrested and taken to jail, which is about the only place actually worse to find oneself than a Chuck E. Cheese!

Chuck E. Cheese released a big long statement because parents waving guns while fighting is bad for business in a place where kids are running around snotting all over each other and being terrible and loud and oh god Chuck E. Cheese.

Here's part of their stupid statement:

In all of our stores around the country we display very visible signs prohibiting entry with weapons or firearms without exception. While the patron in question has a valid State of Connecticut pistol permit, she was in clear violation of this order on private property and our staff acted accordingly.

Dear God. What kind of country is this that you have to have signs up to tell people that they should not have "weapons or firearms" in a place where children are running around everywhere?

Oh right, this kind. This place is just completely out of hand and stupid and just, fuck it.

Not sure why, but Bourne would like for everyone to know she is "a very good person" who is "very involved in the community" and has "rediscovered God, conquered a crack cocaine addiction and pursued her dream of working with children." Good for you on that crack thing, seriously, but "working with children"? It's not in some sort of "dispute resolution" area, is it Ms. Bourne? Because seriously, pulling semis at a Chuck E. Cheese is no good way for a "kid to be a kid."