Today We Celebrate Five Years Of Laughing Our Asses Off At Sarah Palin, But We Will Probably Quit By Noon Also 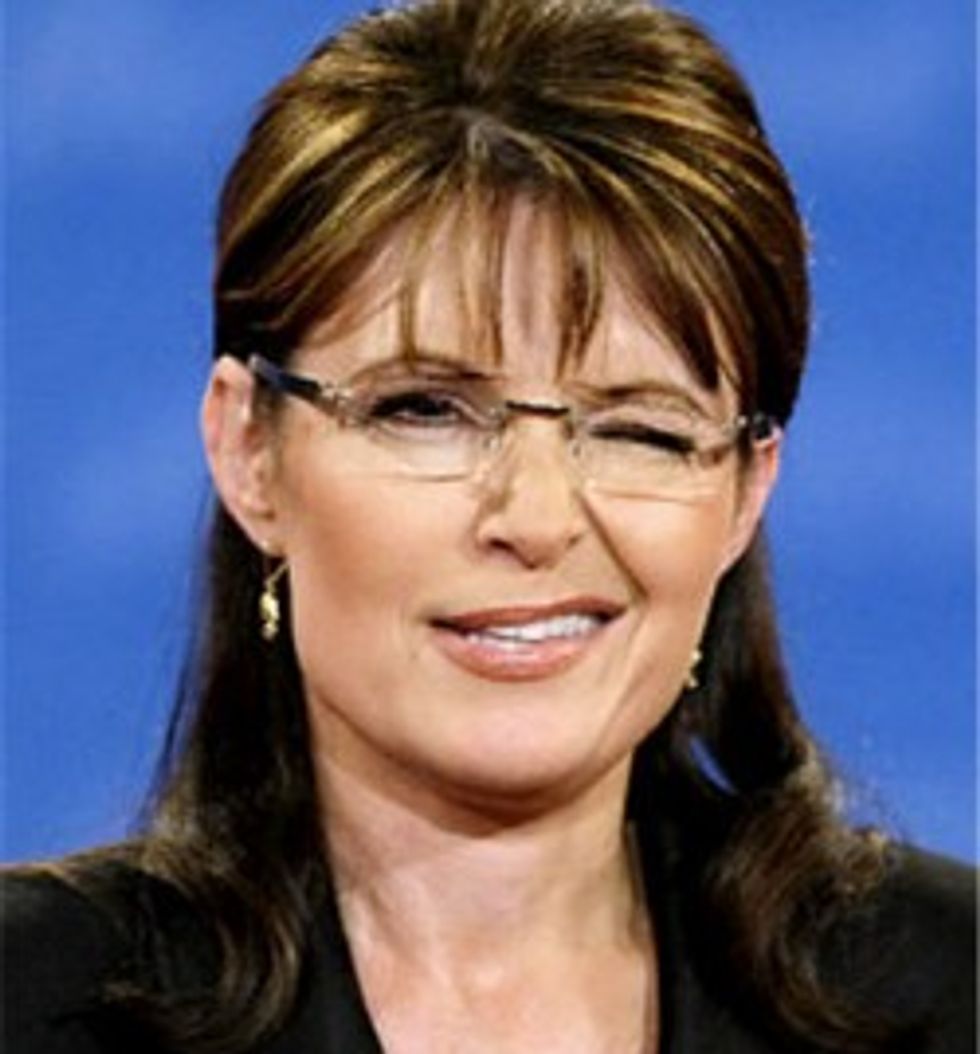 Happy anniversary, America! Light your Jahrzeit candle, because today is the five-year anniversary of the day John McCain got all mavericky and picked Sarah Palin's well-jogged ass off a Google image page of lady GOPers to be his co-loser in the 2008 presidential election! We sure have had a lot of laughs since then, haven't we, America? Mostly at Sarah's expense, but occasionally at the expense of herterrible potty-mouthed gay-slurring children and even conceived-in-sin gay-slurring grandchildren too! Let us take a trip (the travel kind, not the stupid name of Bristol's little baby) down memory lane but probably quit midway because that is what mavericky mavericks do, you betcha also too also, as well!

It all went downhill from there, of course. Palin succeeded in destroying any chance McCain had at winning the election -- which, to be fair to her, was ... oh, let's see, five times never plus three is ... right, ZERO to begin with. But there was still so, so, SO many more funtimes to come with the lipsticked hockey mom from Alaska's meth capital: the way she so spectacularly quit her job governing Alaska on America's almost-birthday because jobs are for suckers and dead fish; her history lesson about how Paul Revere was "ringing those bells" to warn the British not to take away our guns; that time she made the shooting of Rep. Gabby Giffords all about how libruls were blood libeling her because goddamnit isn't everything about her always every time?; that weird family bus tour thingy she did and then quit halfway through because the gods of comedy demanded it; her on-again, off-again relationship with Fox "News," and pretty much everything else Sarah ever does and says because it is all awesome and wonderful and we love it, and we love you, and we don't even wish we could quit you because SARAH FOREVAH!

Congratulations, madam, we thought your 15 minutes would be over long before now, but we are awful glad you are still here making us laugh. Here's to another five years. Or two and a half. Whatever. Also.