Today's Your Obamacare Sign-up Deadline, Get It While You Can! 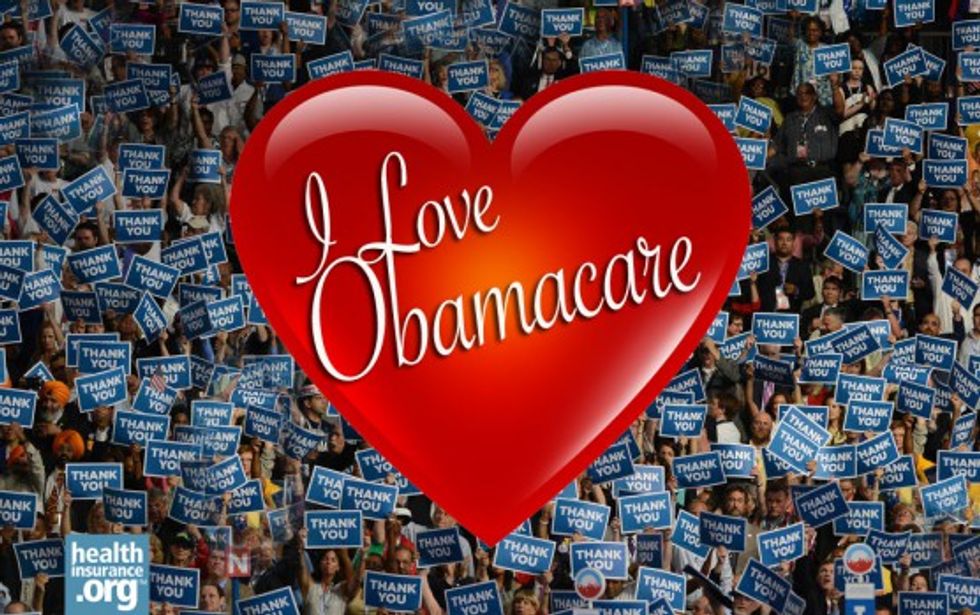 Come and get your love

Hey, kids, if you want to buy health insurance from the Affordable Care Act exchanges, today is the deadline to get yourself set up for insurance starting on January 1. Get your virtual tush over to www.healthcare.gov today if you haven't already set up or renewed a plan, and get in on those sweet, sweet subsidies while they last. And give a call to that family member or friend who you know is a chronic procrastinator, will you? (Do not call Yr. Dok Zoom, who's writing this article to remind himself to renew his Silver plan just as soon as he's finished making with the funny for the day.) Open enrollment ends January 31, but any policies purchased after today will not go into effect until February 1. You don't want a gap in coverage.

Let's All Sign Up For Obamacare And Go Naked!

Want to get their attention? Let's set ACA enrollment records.

With the incoming Trump administration and congressional Republicans vowing to strangle the ACA and replace it with something terrific and so far unspecified, enrollment is way up over 2016, according to the federal Centers for Medicare and Medicaid Services, with over 700,000 sign-ups on Monday and Tuesday of this week, the biggest two days of any open enrollment for the program. Gee, you'd almost think a significant portion of America doesn't agree that Obamacare needs to be killed off. But that would make you a commie. But not as much of a commie as this "Bill Murray" fellow, who did a video promoting the ACA with Barack Obama, who isn't even a Cubs Fan.

The more people who sign up for plans on the exchange for 2017, the louder the message to Republicans that there are going to be a lot of very angry folks if the ACA goes away without an adequate replacement. State exchanges are reporting surges in enrollment -- in Florida, 2016 enrollment was up from 2015, and 2017 enrollment is way up as well.

Obviously, record low rates of uninsured people is terrible for some reason, and Republicans seem bent on bringing that to an end, no matter how many people are harmed (and not having coverage will kill people. It just will). And the R's simply do not have a plan -- so far, the "repeal" part has always been the thing they've enjoyed yelling about, with the "replace" bit boiling down to some vague promises about buying insurance across state lines and maybe limiting malpractice lawsuits. The sneakiest part of the current Republican thinking is that they might pass a repeal of the ACA, but delay the effective date by up to three years, so 20 million people won't lose their health insurance just in time to go vote the bastards out in the 2018 midterm elections. Clever bastards, aren't they? If only they could be persuaded to use their powers for good, not evil.

So get yourself enrolled if you haven't already. It's important. Have questions? Start with the ACA FAQ Page, the help line number at 1-800-318-2596 (expect a wait, but they're really helpful and good!), and if you need to find help locally, get assistance here.

Do it for Barry. Do it for yourself. Do it to tell Trump to go colonoscopy himself.