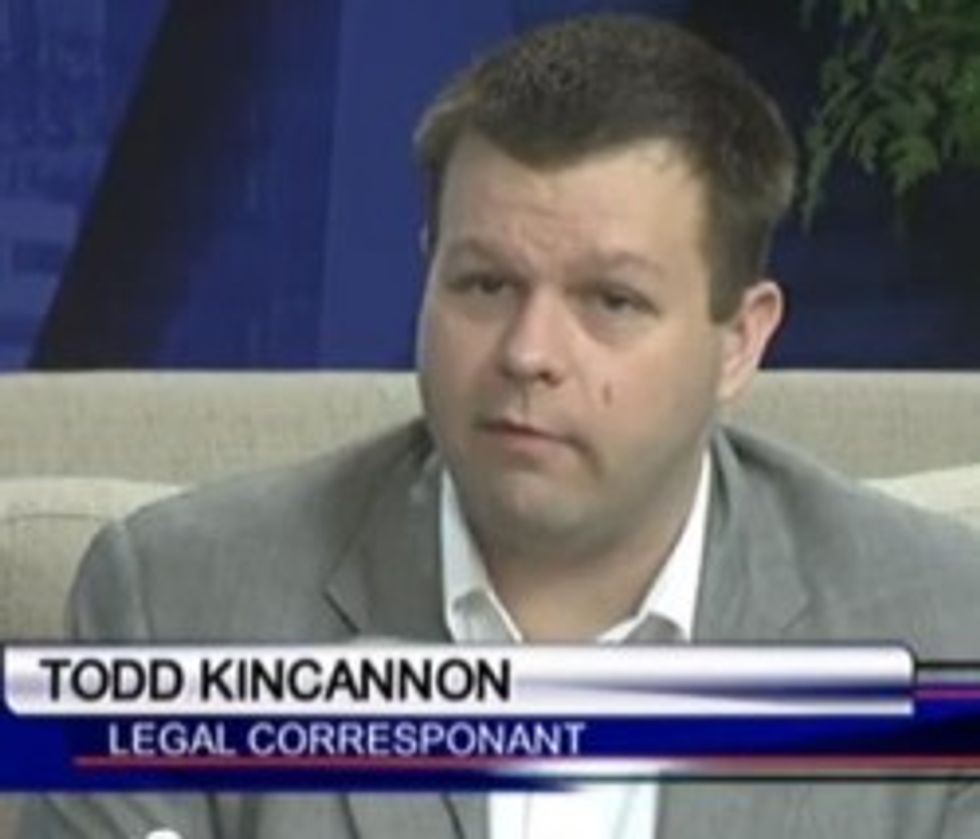 It has been some time since we checked in on the antics of sexxxy dick pic sexxxterTodd Kincannon, longtime Wonkette favorite for his habit of outrageous attention whoring. Recently Todd went totally silent on the Twitter machine, his preferred method of communication with the outside world despite the fact that even tweeting usually can only be accomplished by a life form with at least slightly higher brain function and opposable thumbs. Did Todd get banned from tweeting (again)? Did he suffer some personal calamity? (We hope not, we’re not ogres.) Did he finally grow up? (Unlikely!)

Or did he shut up because he’s being investigated for misconduct by South Carolina legal authorities and perhaps his status with the state bar and his livelihood are at stake? Let’s dickpicsplore!

A couple of days ago Todd sent out this letter to followers who had been anxiously awaiting the release of his book about how librulz r dum. But his plans to self-publish have hit a snag:

The South Carolina lawyer disciplinary authorities -- government officials -- have determined that my political and religious commentary is “unethical.” I am legally barred from sending you a copy of my book at this time. [...]

This is the culmination of a two year secret investigation of me by the South Carolina Commission on Lawyer Conduct and the South Carolina Office of Disciplinary Counsel, two entities that have taken the position that the First Amendment simply does not apply to lawyers.

A two-year investigation of Todd for unethical behavior? We wonder what in the world could have possibly triggered that. We can’t say for sure, but it’s irresponsible not to speculate.

Todd’s initial lawsuit filing (also helpfully embedded below) which he claims he is going to fill out later with specifics, is a hilarious stew of mendacity that sounds more like a press release than anything else. It’s mostly a lot of speculation that the folks who run the South Carolina Commission on Lawyer Conduct and the South Carolina Office of Disciplinary Counsel don’t like the way Todd uses social media to express his political and religious views, and thus are using the veneer of professional responsibility to take away his First Amendment right to be a dick. Why, Todd doesn’t say anything that’s any worse than what Howard Stern, Rush Limbaugh, or Bill Maher might say! Left unsaid is that none of those gentlemen is a lawyer in good standing with any bar association that might have professional codes of conduct it expects its members to abide by.

Not that bar associations always have high standards (see Taitz, Orly). But some of them presumably do frown on lawyers publicly calling dead teenagers pole-smoking crack whores or suggesting that left-of-center army colonels like frequent MSNBC contributor Morris Davis should have been summarily tried for treason and fragged in the field by their troops, as Todd once did.

This leads to the best statement in Todd’s open letter that “[t]his case is one of the absolute best arguments against state licensing for professions.” Right, because if states didn’t have established norms and standards of conducts for professionals, any old asshole could call himself a lawyer or a doctor or whatever. The National Ophthalmology Board-certified ophthalmologist Rand Paul agrees with you, Todd.

The South Carolina legal authorities have not yet publicly responded to Todd’s filing, but we’re betting they have a stronger case to make than “We don’t like him so we’re trying to shut him up.” In the meantime, here is Todd’s initial lawsuit filing. As per Todd’s instructions, we encourage you to talk about this in public and on Facebook and Twitter without fear. Not only is it your First Amendment right, but Todd can’t respond right now, which must be driving him nuts.

On the plus side for Todd, he’ll have plenty of time to go back to tweeting if this case ends with him disbarred.