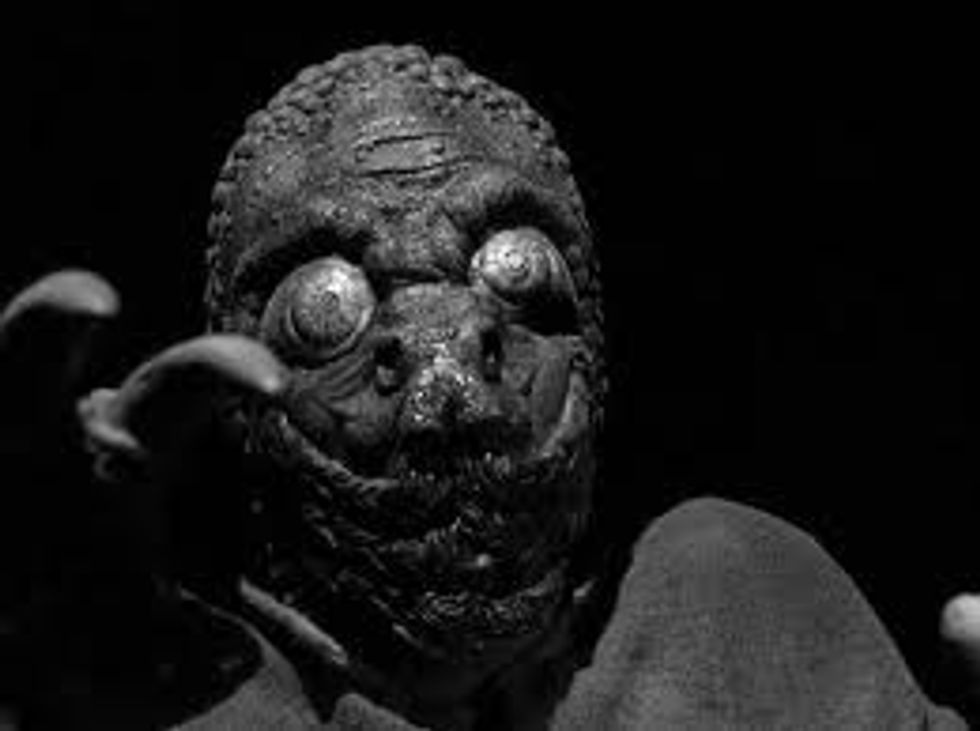 Sad news, friends, and that sad news is that a wonderful friendship, a bromance for the ages, is no more just because Rupert Murdoch thinks former prime minister and US buttboy Tony Blair was puttin' it to his wife, Wendi Deng. Obviously, this is untrue, as no man can survive Wendi Deng's ladygarden.

But while we know it is untrue, because Science, why might Rupert Murdoch have believed it? Oh no reason, none at all, nothing to see here folks do move along!

Trigger Warning for quoting from the Daily Mail:

Sources close to Mr Murdoch in London say that staff at his home in California claimed Mr Blair and Ms Deng stayed there overnight at the same time on weekends in October 2012 and April this year, without Mr Murdoch’s knowledge.

It is also claimed that Mr Blair and Ms Deng had ‘multiple encounters’ of which Mr Murdoch was unaware. They are said to include a weekend overnight stay at Mr Murdoch’s home in Los Angeles and meetings in London and New York.

There is no suggestion by this newspaper of any impropriety by Mr Blair or Ms Deng. And Mr Blair’s friends have repeatedly denied he had an affair with Ms Deng.

Oh, REALLY Daily Mail? No suggestion of anything but secret transcontinental (doubtless nude) slumber parties? Here, let us suggest it for you: Wendi, you slut! Tony, you bastard! Rupert, you ... sad old criminal who should probably not have married someone 40 years your junior, whatevs.

Also, it makes a hell of a lot more sense than this.

But could this be something of a pattern for Deng Murdoch? Let's ask the fount of some knowledge:

When Deng was living with Jake and Joyce Cherry during her studies in the United States, Joyce Cherry discovered her husband Jake was having an affair with Deng, who was 30 years his junior, and demanded she leave the house. Jake Cherry soon followed and moved in with her, and the two married in 1990. Their marriage lasted 2 years and 7 months before they were legally divorced, but Jake would later explain they only stayed together for 4 or 5 months, when he learned that Deng was spending time with David Wolf, a man closer to her age. Nonetheless, she had been able to secure a green card through her marriage to Cherry.

In 1997, she met Rupert Murdoch at a company party in Hong Kong. They married in 1999, less than three weeks after the finalisation of his divorce from his second wife, Anna Maria Torv Murdoch Mann. Wendi and Rupert have two children, Grace (born 2001) and Chloe (born 2003). Tony Blair is Grace Murdoch's godfather. In June 2013, Murdoch filed for divorce from Deng, citing "irreconcilable differences."

You are all horrible vile lowlifes who deserve each other forever and ever, amen.