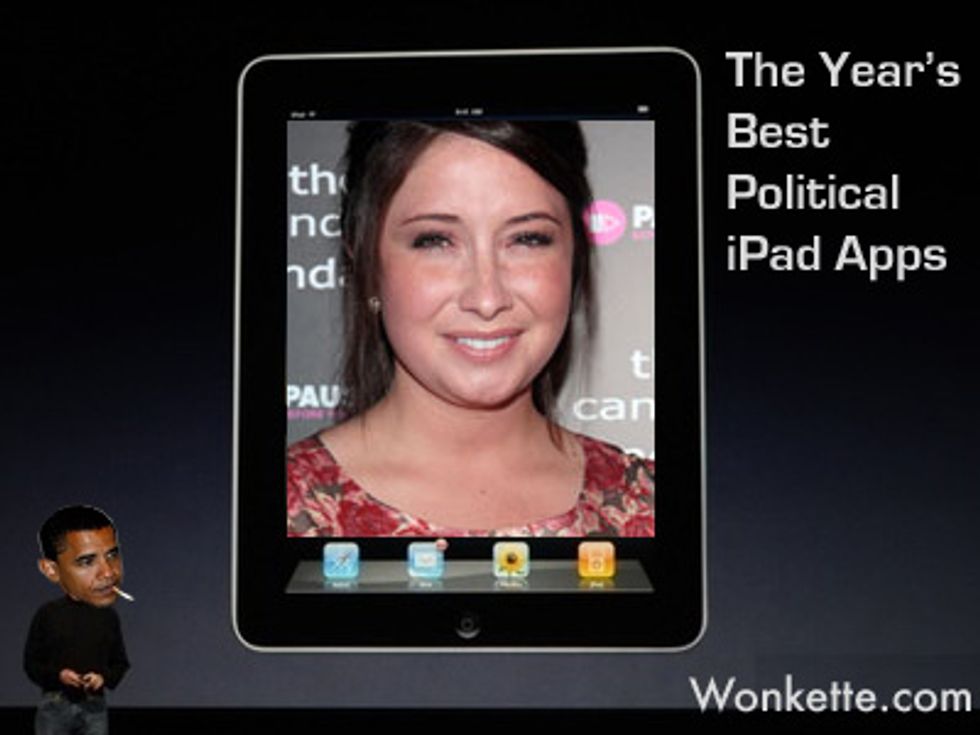 Every year, the technology editors at Wonkette review their reviews of the top political iPad apps and then put them together for our popular New Year's Treasure Chest/Promise Keepers Review Post, "Top 10 iPad Political Apps of 2010." This year is certainly no different! Whether it's a cloud-based xml database that tracks liberal disillusionment with Barack Obama's Republican policies or a GPS-based marijuana/Taco Bell real-time inventory system that crowd-sources whether Bristol Palin is (at this moment) ovulating and in the back of a car with some guy on break from Jiffy Lube while a Kid Rock "rural rap" is sputtering through the one functioning speaker, 2010 brought America some of the best political apps of the previous decade. But which one is Number One, and Who Will Win?