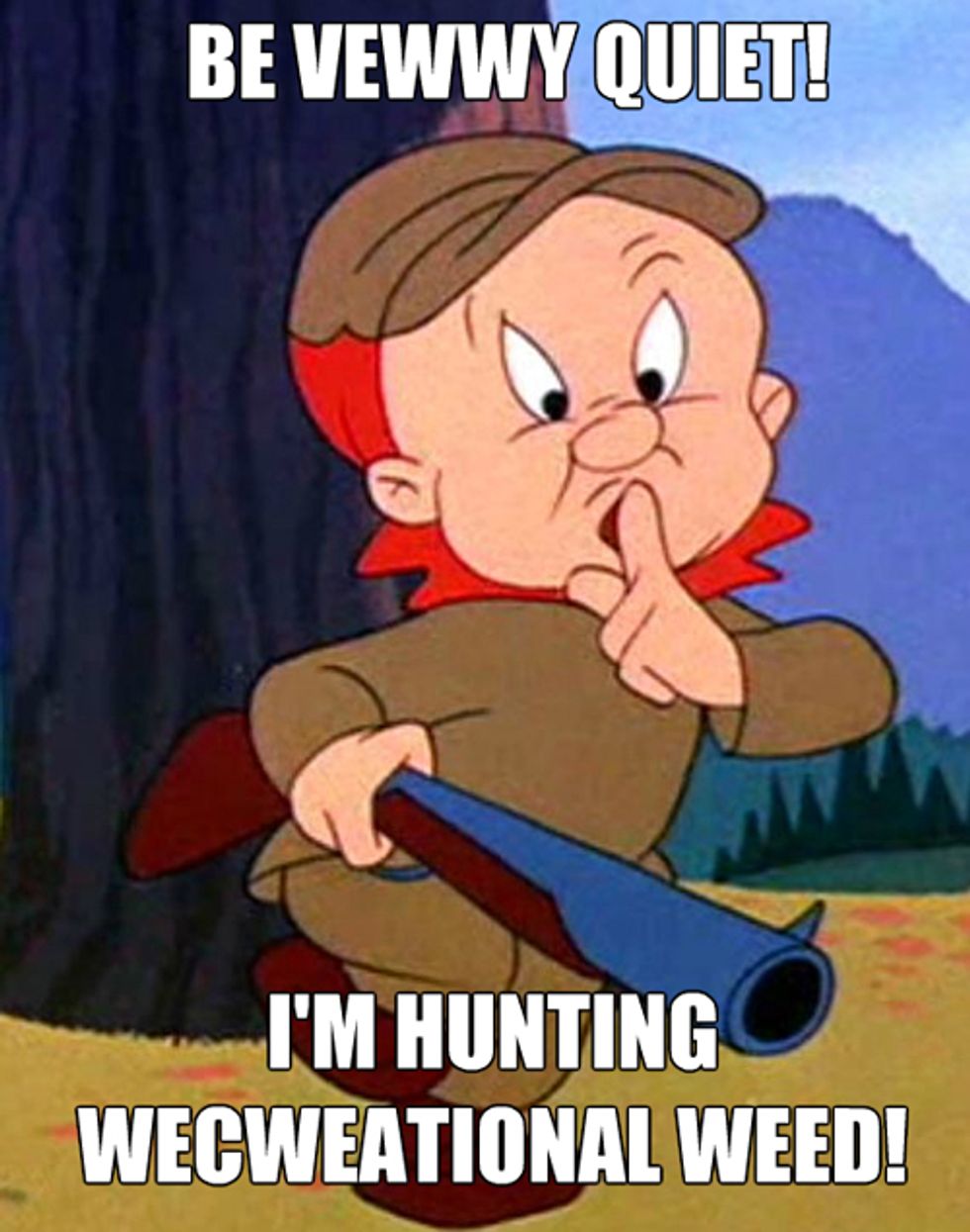 Attorney General Jefferson Beauregard Sessions The Third is out to crack down on legal marijuana, never mind whether it's for medical or recreational use. Because didn't you know America has a serious opioid problem, and it's therefore very important to crack down on a completely different substance that's been approved for medical use in over half the states and DC, and for recreational use in another eight.

In a letter to congressional leadership written in May and made public this week, Sessions asked for repeal of what's called the "Rohrabacher-Farr amendment," which bars the DOJ from using federal funds against states that have passed their own laws allowing "the use, distribution, possession or cultivation of medical marijuana." Sessions, writing under the influence of Git Tuff ideology (which is a hell of a drug), explains his reasoning thusly:

I believe it would be unwise for Congress to restrict the discretion of the Department to fund particular prosecutions, particularly in the midst of an historic drug epidemic and potentially long-term uptick in violent crime. The Department must be in a position to use all laws available to combat the transnational drug organizations and dangerous drug traffickers who threaten American lives.

Yeah, well, you know, that’s just, like, his opinion, man. As Scientific American explains, that's the sort of thing that could only be proposed by a seriously uptight dude who has no idea where his towel is. More to the point, it's bad science, which is of course the only kind Republicans seem to have:

A review of the scientific literature indicates marijuana is far less addictive than prescription painkillers. A 2016 survey from University of Michigan researchers, published in the The Journal of Pain, found that chronic pain suffers who used cannabis reported a 64 percent drop in opioid use as well as fewer negative side effects and a better quality of life than they experienced under opioids. In a 2014 study reported in JAMA The Journal of the American Medical Association, the authors found that annual opioid overdose deaths were about 25 percent lower on average in states that allowed medical cannabis compared with those that did not.

So if Jeff Sessions wanted to really fight opioids, he might consider reading at least Scientific American, if not actual medical journals. Or as the Washington Post points out, in pursuing the wrong damn drug, Sessions could "perversely" take actions that would make the opioid epidemic worse. No doubt we'll see him in a Senate hearing soon, complaining he's been scurrilously accused of perversity.

We would also like to add that "Journal of Pain" would be an excellent name for a metal band.

As usual when it comes to this administration and its wrongheaded approach to science, experts are chirping and keeling over like canaries in cola mines (to borrow a phrase from Vonnegut), for all the good it does:

In an email, John Hudak of the Brookings Institution characterized the letter's arguments as a "scare tactic" that "could appeal to rank-and-file members or to committee chairs in Congress in ways that could threaten the future of this Amendment."

How out of step with popular opinion is Sessions? Plenty: An April poll by Quinnipiac found the highest-ever (heh... he said "highest") support for marijuana legalization, with 60 to 34 percent of Americans favoring complete legalization, 94 percent in favor of legalized medical marijuana, and nearly 3/4 of those polled opposing enforcement of federal laws against marijuana in states that have made it legal. Oh, there is one demographic that strongly disagrees with all that:

Republicans and voters over 65 years old are the only listed party, gender, education, age or racial groups to oppose legalized marijuana.

We'd put that quote on a Jeff Sessions meme, but his face harshes our mellow.

Mr. Sessions stands athwart an overwhelming majority of Americans and even, sadly, against veterans and other suffering Americans who we now know conclusively are helped dramatically by medical marijuana.

Difficult to say where Sessions will go with this or how much pushback he'll face, considering everyone's already sick of what this administration is trying to do with healthcare generally. But we'd urge him to be cautious: If Jeff Sessions tries to take Americans' weed away, the people may light up a blunt and pass it to him, and then he'll be lost to sin and debauchery as surely as those nice young folks in Reefer Madness.

Actually, if we could get video of Jeff Sessions giggling uncontrollably while potted up on weed, we might feel a lot better about this administration.

Yr Wonkette is supported by reader donations. Please click the "Donate" clicky to send us money. No, really, just money, you damn hippies.