Treasury Putting Black People And Women All Over Our Money, America Fails To Freak Out 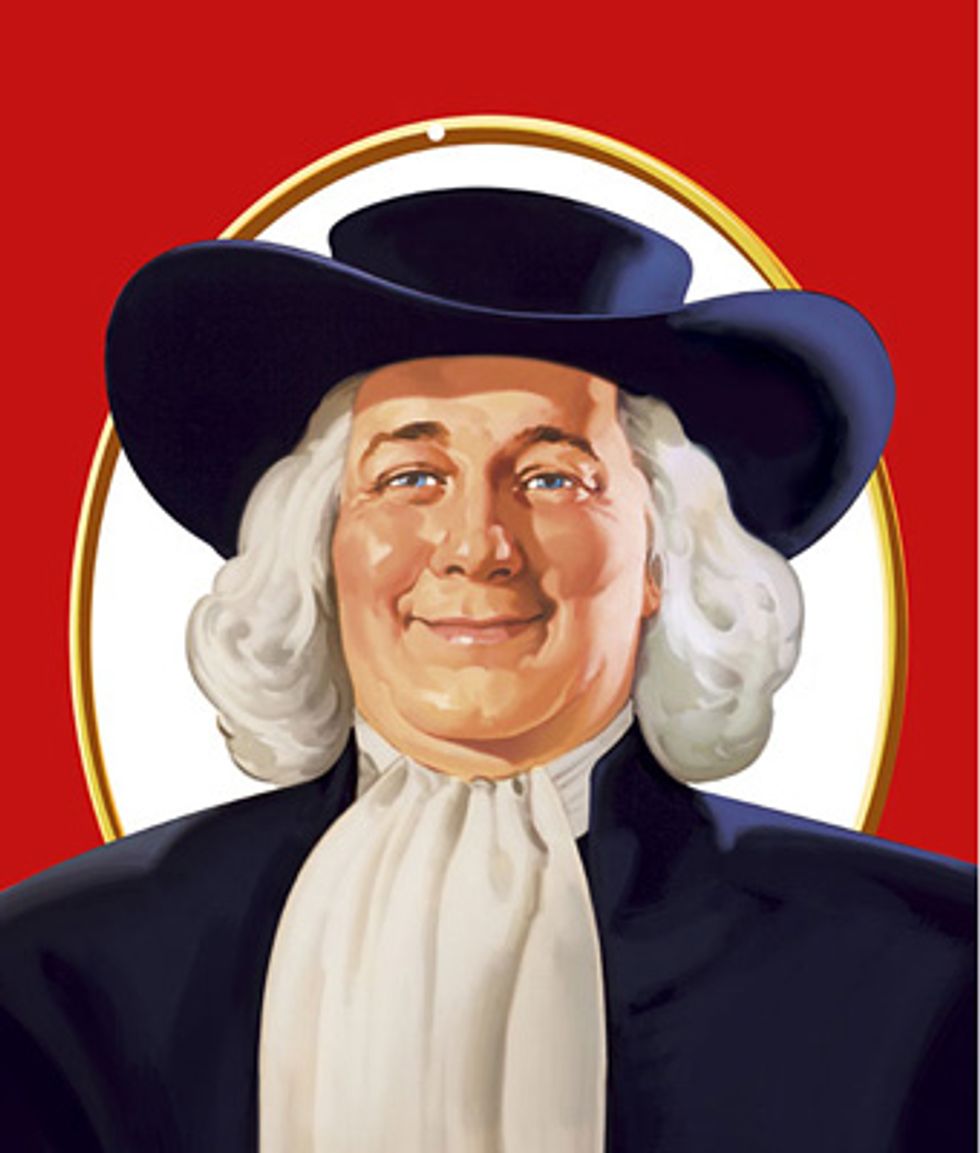 The forces of Political Correctness continue to roll all over our U.S. American money! In addition to making abolitionist, spy, and all-around badass Harriet Tubman the new face of the $20 bill, the Treasury Department has announced a whole host of new additions to the backs of the $10 and $5 bills, all to be added in time for 2020's centennial of the passage of the 19th Amendment. The New York Times presents brief biographies of all the feminists and social justice warriors being added to the bills, to supplement what had previously been only a parade of dead white -- or green, really -- males. Progressive heroes all, and no doubt an insidious plot to turn America into a nation of Quakers -- really, it's surprising just how many of the new folks on our money were Quakers. And not a one of 'em is Richard Nixon.

The back of the ten-spot will be especially Quaker-heavy, sporting suffrage heroes and Quakers Susan B. Anthony, Lucretia Mott, and Alice Paul, plus non-Quakers Elizabeth Cady Stanton and Sojourner Truth. For all her work for the vote, Free Love advocate Victoria Woodhull is noticeably absent, that hussy.

[wonkbar]a href="http://wonkette.com/417786/417786"[/wonkbar]On the redesigned $5 bill, the blandly rectangular image of the Lincoln Memorial will be replaced (or supplemented -- no final design has yet been announced) by some people who raised a ruckus on the steps of that monument: Marian Anderson, who sang there when the Daughters of the American Revolution refused her the use of Constitution Hall, and Eleanor Roosevelt, who resigned from the D.A.R. in protest and nudged the Interior Department to arrange the free concert. And then there's Martin Luther King, who in 1964 gave his famous "I Have A Dream" speech at the Lincoln Memorial. According to conservatives, the speech consisted of a single sentence about judging people not by the color of their skin, but by the content of their character. Then he sat down and said nothing else that day or at any other time in his life. Regrettably, the revised $5 will not honor Glenn Beck, even though he too used the Lincoln Memorial as the backdrop for his Rally To Restore Poorly Spelled Signs in 2010.

Needless to say, all this fussing with our currency is creating all sorts of agita for rightwingers, who have mostly been focusing their rage at Harriet Tubman. Consider if you will poor Rush Limbaugh, who explained Thursday what putting an illiterate slave lady on the most commonly used bill in America really means:

Here you have Barack Hussein O and the Democrat Party making all these moves, and you can't just look at it as an isolated move. You have to look at everything Obama's doing as part of his agenda. Now here's Obama attacking the currency. Now, one of the things that people who are paying attention realize is that the entire Obama presidency has been an assault on America as founded.

We suppose it would be outrageously PC of us to point out that this country "as founded" enshrined slavery and restricted voting to men only, now wouldn't it? Clearly, any acknowledgment of the people who helped change that would be insane and outrageous, because only the Founders belong on our money. Like Abraham Lincoln, that fourscore and some latecomer, who nonetheless counts as a founder, just because. Limbaugh continued:

It has been all about transforming America into something she was never founded to be, because Obama and people like him believe this country is illegitimate, immoral. It was unjust as founded, and he and his Alinskyite brethren have come along and have decided that it's time for this country to get a little payback. It's time for this country and its majority to find out just what kind of pain and suffering they have forced on people of color, for example, and other minorities. Not just in this country, but around the world.

So what we gather here is that Rush Limbaugh is not happy, and somehow some new faces on currency are supposed to give White America a massive guilt trip, especially all those solemn ladies who'll be on the back of the Ten -- another reason to have included Victoria Woodhull, who wanted to party like it was 1899.

Also unhappy with the new money was Greta Van Susteren, who insisted the government is "dividing the country" by putting Tubman on the $20, because it's simply such a stupid, stupid idea:

Give Tubman her own bill. Like a $25 bill. We could use a $25 bill. Put her picture on that and we could all celebrate. That’s the smart and easy thing to do. But nooooo, some people don’t think and would gratuitously stir up conflict in the nation. That is so awful, and yes, dumb.

Yes indeedy, it would be so much easier to introduce a whole new bill that would require the redesign of every cash register drawer in the country, so people wouldn't have to fight over whether they liked Tubman or Jackson. Damn, Greta, you are a smart one.

Finally, a lovely Fox News Fail, with Steve Doocy finding nobody able to work up any real outrage over the "PC Police" and their attack on our way of life, or at least our $20 bill. Stupid New Yorkers outside the Fox News studios didn't seem to realize they were supposed to be outraged: