Trump Admin Wants Your Teenager To Get Pregnant Again 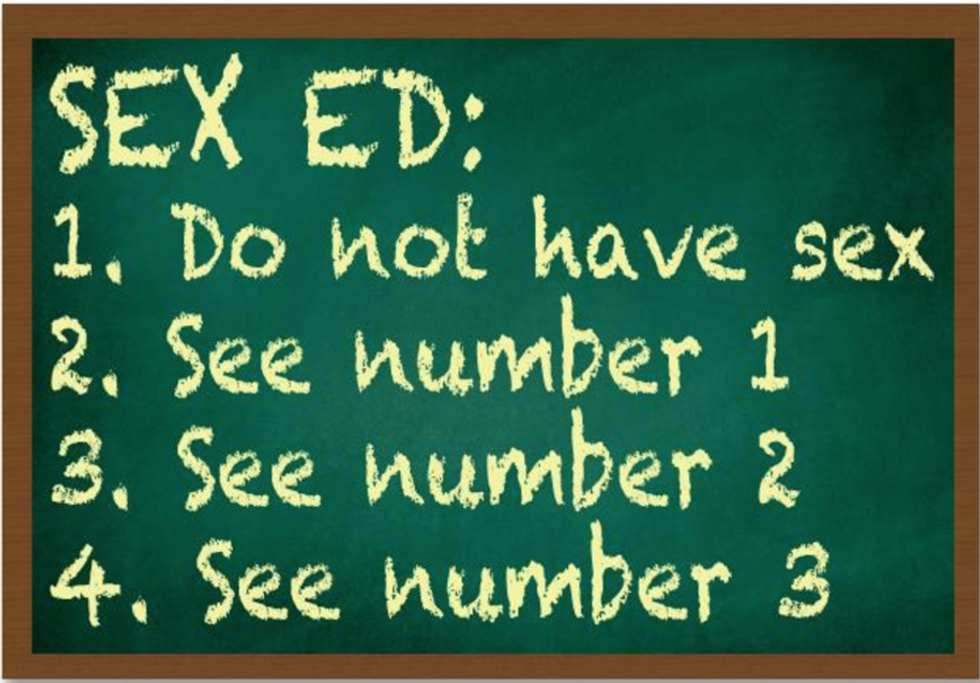 In August of 2017, the Trump administration put the kibosh on the federal Teen Pregnancy Program -- a successful, popular, and bipartisan program credited by medical professionals with bringing teen pregnancy in the United States down to an all-time low. The program helped train more than 7,000 health-care workers and 3,000 organizations over the seven years it was implemented.

In November of 2017, the Department of Health and Human Services announced its intent to replace the $218 million program with a $10 million research initiative on sex-ed programs focusing on "sexual risk avoidance" -- which is basically just a terrible rebranding of abstinence-only education. You know, because if they change the name of the programs, there is no way anyone will be able to tell they are teaching the things that didn't work the last time. Also, if I put my hands over my eyes and cannot see you, it means I am invisible.

The Department of Health and Human Services has insisted that it was terminating the program because it was "ineffective" -- unlike, say, abstinence-based education -- and likely to encourage "negative teen sexual behavior." They also claimed that the previous, abstinence-based initiative was hastily cut off before it had a chance to work -- you know, because if enough people had just spat into the "this is YOU if you've had sex before marriage" cup, it would have finally sunk in and teenagers just would have stopped having sex. They may have been just one spittoon short of success, and now we will never know.

But notes and emails recently obtained by NBC News definitively show that this was not the case. Instead, the decision to end the program was driven by abstinence-obsessed Trump appointees who just did not give a flying shit about what any "experts" had to say about it.

The notes show that Evelyn Kappeler, the head of the Office of Adolescent Health, which implements the program, was repeatedly told to SHUT THE HELL UP by the Trump appointees and was kept out of the loop while the decision to end the program was being made. One note, dated July 17, 2017, shows that Kappeler was told that it was her responsibility to "implement the administration's agenda, whether we like it or not," and that she needed to get "in line" or find another job.

The three Trumpists guiding the termination of the program -- Valerie Huber, Steven Valentine and Teresa Manning -- were all abstinence-ed veterans. Huber had previously implemented an abstinence-only education in Ohio that did not go over well, NBC reports:

Manning, a former Family Research Council lobbyist who resigned in January, was also known to make shit up about contraceptives.

While it should be surprising that anyone would ignore experts and evidence in order to pursue something that everyone knows doesn't work, it's not. We're arguing results, and they are arguing morality while pretending they give a damn about results. For many of those who support abstinence-only programs, there is no amount of "evidence" on earth, no expert advice, that could convince them comprehensive sex-education is a good thing, because they think that teaching it is a sin in the first place.

But the federal government is not involved with preventing teen pregnancies for the purpose of encouraging morality. The only reason they are involved at all -- the only reason this is a thing we spend taxpayer money on -- is because the government has an overriding interest (a financial one, frankly) in children being born to those who are able to take care of and provide for them. Why? Because a lot of children being born to teenagers who cannot provide for them will cost more taxpayer money in the long run than programs designed to prevent that will. This being the case, it does not make any sense for the government to fund abstinence-only programs that don't work, simply because they appeal to the moral beliefs of a certain segment of the population. When it comes to funding, we need to look at the evidence and we need to listen to experts. Otherwise, what is the damn point?