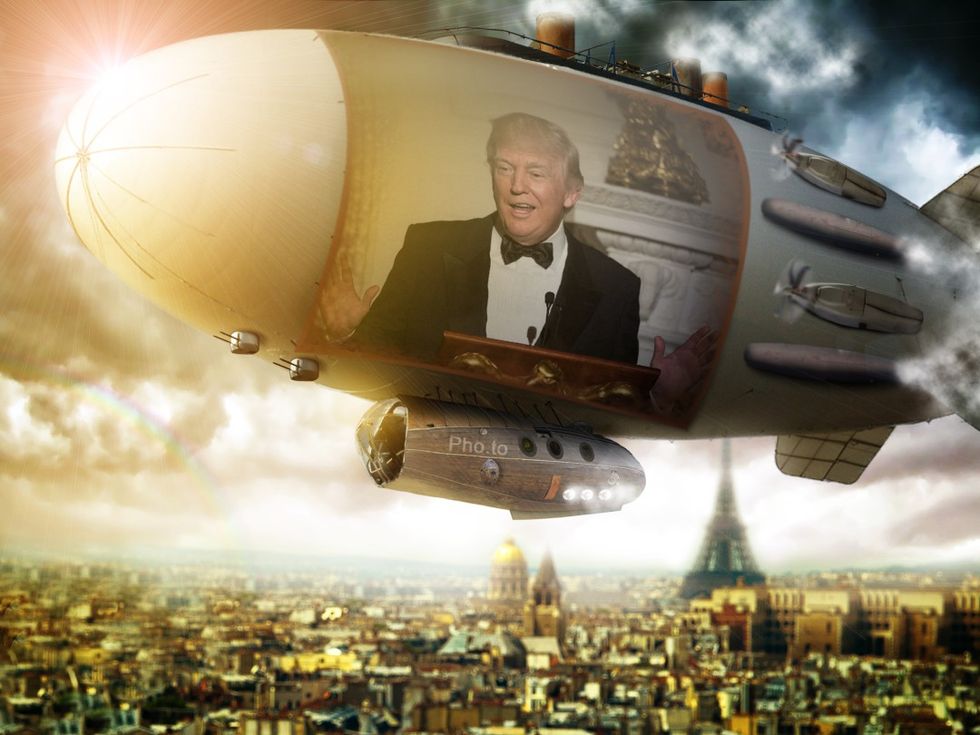 The modern world can sometimes be confusing for an old fashioned guy like Donald Trump. Things happen so fast! There are giant metal birds in the sky, McDonald's is selling Shamrock Shakes that are half-chocolate and half-Shamrock, and ladies are wearing trousers. It's sheer madness.

Thus, we may have to forgive him for not realizing, when giving a speech this Sunday to our nation's governors, that not only do they let ladies be governors of states now, but that we have four of them in this country.

Upon greeting said governors at a White House event on Sunday, Trump heartily welcomed all of them -- and their wives and daughters.

“He welcomed all the governors, their wives and their daughters last night,” Oregon Gov. Kate Brown (D) told The Huffington Post on Monday. “It was weird.”

Brown, one of four female governors in the U.S., took the slight in stride.

“It was just ― I’ve been there before,” she said. “I think people forget that there are female governors in the world.”

Why he also thought that only daughters were in attendance and not sons is a question for the ages. Perhaps he thought those four women were one of those things. Unless he did know they were governors and just assumed they were lesbians with wives of their own? After all, what kind of heterosexual woman would want to do a man's job, like governing a state? And what kind of man would permit his wife to do such a thing? Thus, obviously, there could not have been any husbands. As Trump himself has said, "Putting a wife to work is a very dangerous thing!" Because then they lose their "softness."

Hopefully, he can figure out a way to overcome his future shock, lest he risk some rather awkward future meetings with Theresa May and Angela Merkel.