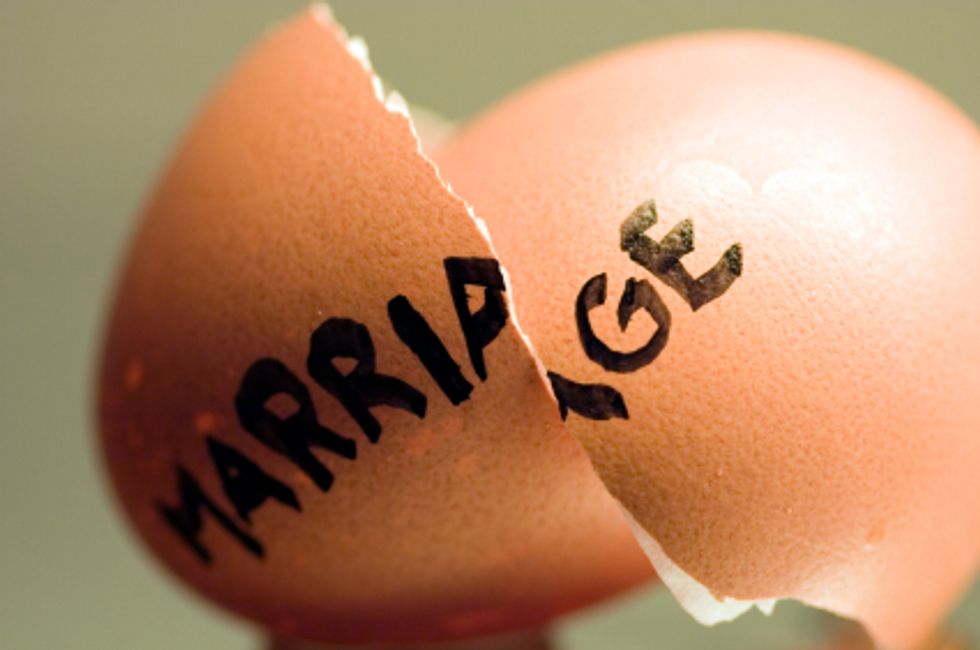 With his trademarked humility and circumspection, Donald Trump recently boasted he’s about to announce huge news about President Obama, and one rumor has already been reported: “Douglas Kass, a Florida-based investor who appears on CNBC’s talkshow ‘Squawkbox’ where Trump is often a commentator, tweeted to his 48,000 followers: ’High above the Alps my Gnome has heard that Donald Trump will announce that he has unearthed divorce papers between the Prez and his wife.’"

Michelle reportedly thought [Obama's 2000 Congressional campaign] was a bad idea, and a new book, Ed Klein’s The Amateur, claims that the stress of the defeat and resulting debt brought the couple to the brink of divorce.

In his book, Klein cites a friend of Michelle Obama who says, “Michelle actually had divorce papers drawn up.” Could those papers have been sitting in some file cabinet all these years? Could Trump’s people have somehow gotten a copy of them?

So, during a difficult time, Michelle Obama might have wanted to divorce Barack, but then didn't, and now they're the fucking Huxtables.