Trump Campaign Manager Had To Kick Gal Reporter's Ass Because She Might Be Assassin! 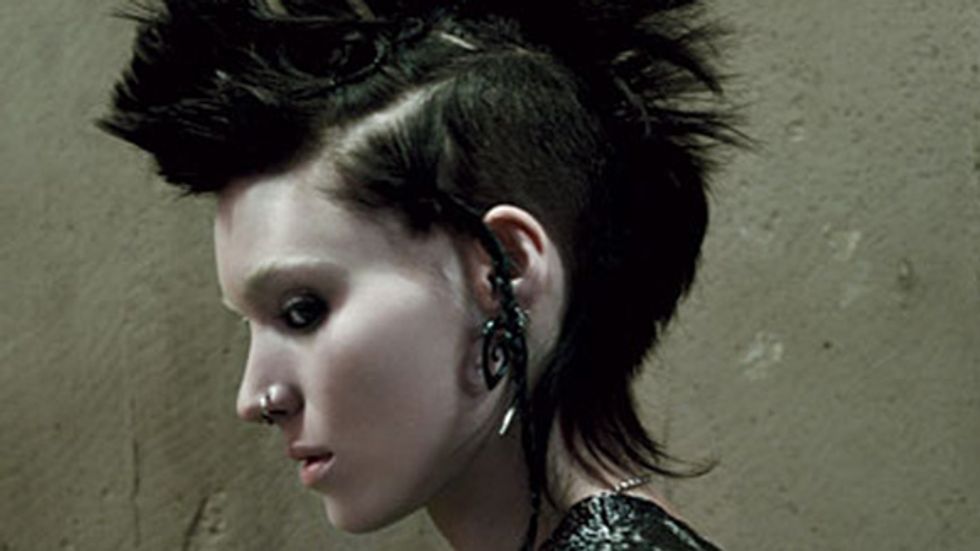 Last week, Trump campaign manager Corey Lewandowski had never touched (now ex-) Breitbart reporter gal Michelle Fields. She was a "delusional" "attention seeker" and hysteric, and he couldn't have grabbed her so hard he left bruises, because he had never even heard the name "Michelle Fields," and you cannot batter or assault someone without a formal introduction! That is just how that works!

But now that Lewandowski has been charged with misdemeanor battery by the Palm Beach police, it seems those statements are no longer operative; Lewandowski did grab Michelle Fields, and for a very good reason: when she touched Donald Trump on his suit jacket arm, she was battering him! And she was a danger!

What are some other things Donald Trump said with his mouth?

“She had a pen in her hand, which Secret Service is not liking because they don’t know what it is, whether it’s a little bomb,” Trump said. “Michelle Fields, by the way, is not a baby.”

"Now," you are saying to yourself, "surely neither Lewandowski nor Donald J. Trump actually thought this cute young reporter gal was an actual danger, they are just saying words to obscure the issue because they are dicks." You are, as usual (you are a very refined person with opinions that are always on-point) correct.

But that didn't stop the rest of the rightwing universe from taking their cues from the disingenuous yelly man and his jailbird thug! Starting with ... oh dear ... Breitbart "News"!

As always, Breitbart continues to support its reporters.

But what's this report? From the Secret Service? That they kept telling Fields to stop being such an assassin and leave the candidate alone? Gee, what's that about?

David Martosko, if that name isn't ringing your bell, is the former Daily Caller shitragger in chief and current Daily Mail (LOL) American politics editor who thinks Marines aren't allowed to touch umbrellas and Joe Biden loves child rape. Does he actually have a Secret Service source? Probably. A bunch of those guys are real dicks.

BRIAN KILMEADE (CO-HOST): I mean, that's good that Donald Trump comes out and defends his guy. But on some level, he's got to be ticked off. He sits down for 90 minutes with The New York Times, about an hour with the Washington Post to talk about foreign policy on the heels of President Obama doing the same with with The Atlantic magazine. He's saying, bring on the issues, be critical, be supportive. Instead, he's got to talk about what happened two weeks ago. As David Plouffe of all people, he's been making a lot of sense this election cycle, he tweets out, "A presidential campaign manager's job is to manage the circus, not become one." One thing he says publicly, defend him. Behind the scenes, he's got to be saying, Corey, I got Secret Service, I got my own special security, keep your hands off people. I don't need you there. A week later, he's doing something similar. Justified or not, as a campaign manager, keep your hands off people. I need to become president of the United States. This does not help me.

AINSLEY EARHARDT (CO-HOST): But then again, you have to praise him for the loyalty. I'm sure Donald Trump, it sounds like he's standing by him because he appreciates Corey's loyalty.

KILMEADE: Loyalty to what?

That was a close one. We almost were left with Brian Kilmeade talkin' Real Talk sense. Thank goodness "Ainsley Earhardt" (obviously not a real name) came in for the pabulum assist!

For added fun, visit Media Matters to see Megyn Kelly give Newt Gingrich a clinic on "what is legal?" Hint: when they are talking about the battery as "a criminal charge" that is because it is a criminal charge! FUNSIES.

In conclusion, thank heavens Corey Lewandowski, National Hero, was there to protect Donald Trump from that gal assassin and her bomb pen. You don't even want to think about the blood that might have poured from his Wherevers.