Trump Commerce Secretary Delighted By Lack of Saudi Arabian Protesters. Because They're Dead 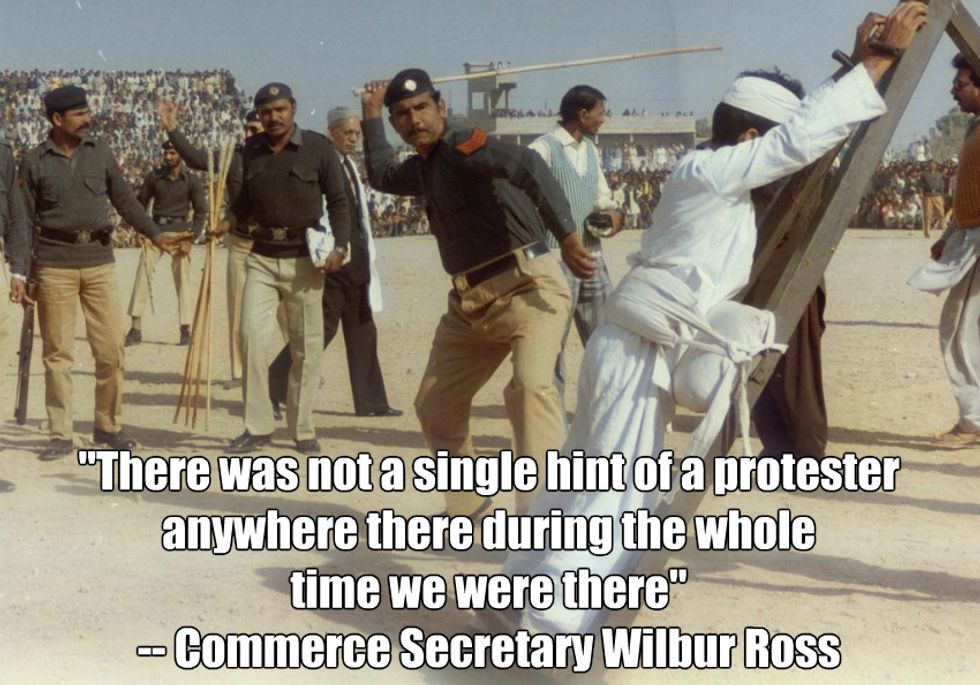 Quite the surprise how that happened, isn't it?

Commerce Secretary Wilbur Ross is along on Donald Trump's first overseas trip, just in case Trump needs help selling a spare mansion for $95 million, and probably doing some commerce stuff, too, if Jared lets him. We figure Trump just keeps Wilbur Ross around for laughs, because he is so great at humorous observations, like how the Syrian missile attack was such awesome after-dinner entertainment. He's a funny guy (no, we're not saying he amuses us or makes us laugh, like a clown). Consider this latest laugh-fest by Ross: In an interview on CNBC, he explained the Saudi people must love Donald Trump -- maybe more than Americans do -- because there weren't any protests to spoil the experience:

Wilbur Ross touts the lack of protests in Saudi Arabia during Trump's visit (maybe it's because protesters are jailed & sometimes beheaded?) pic.twitter.com/DQIENgtopz