Trump Cosmo Quiz! Is Trump The Dreamiest Prez Ever, Or Is The Media A Bunch Of Lying Pigs? 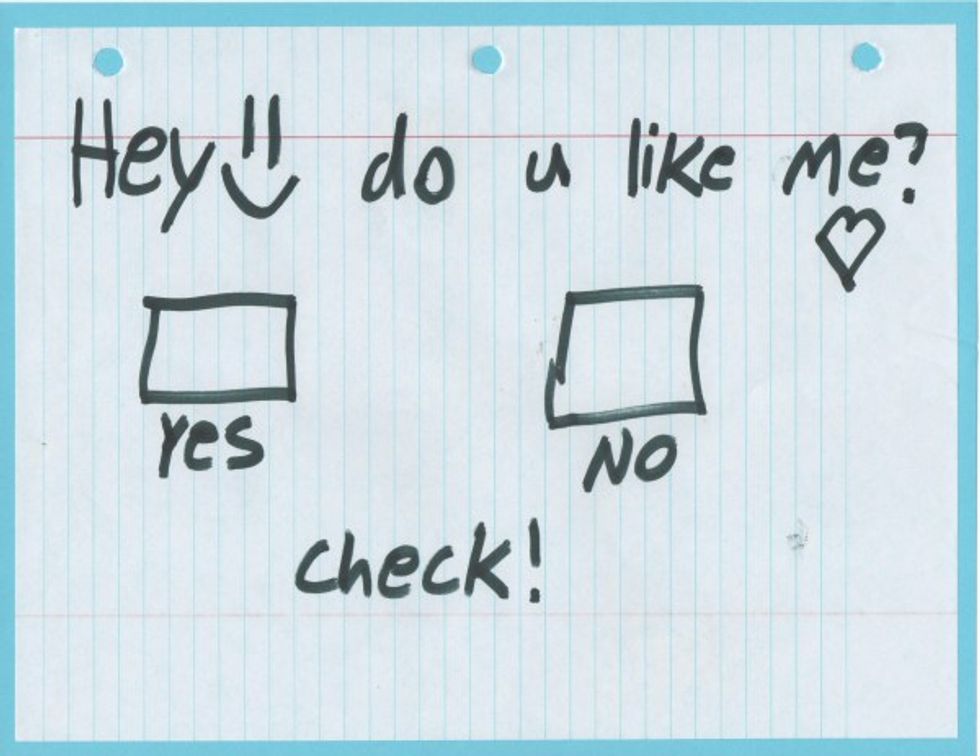 The Trump administration has sent out a questionnaire to people who supported him in the campaign, all about the most important issue of our day -- how the media is unfair to Donald Trump. So they can fill it out and send it back to him, and then he can go "Here! See! Everyone thinks you are unfair to me, neener neener neener, now go do your job and write exclusively about how nice I smell, how big my hands are, how good I am at shaking hands, and how everything is going really great these days for my administration!"

At which point, surely, we will all see the error of our ways.

Here are some sample questions!

Do Trump supporters think "the media" has treated them "unfairly?" Of course they do! We all already know that! That has been a thing for a while. Are they right? No, they are not. If anything, the media treated them rather delicately, often suggesting that they were being jerks because they were "economically anxious" rather than because they actually were jerks.

It is not the job of reporters to blow smoke up the president's ass and pretend things are going well when they are clearly not. It is, actually, the job of reporters to look for things that are problems and then report on them. That is what is meant by "investigating." They're not just supposed to walk up to the president and say "Mr. Trump, how do you think this is going?" and then report that it's going great. *That is not how anything works.* That's not being fair, it's being stupid.

Sure! There was a poll released that said that. There were also several polls that said they did not. Including one from Fox News, the network that is supposedly fair to him. Were the media to only report on that one poll, and then call it a day, that would be biased -- reporting on all the polls is not.

Either you're with us, or you're biased!

It is not the job of the media to help you demonize Muslims and undocumented immigrants. If you want to do that, go ahead. It's not that the news media are being biased, it's that "illegal immigrants" and "Radical Islamic Terrorism" are loaded terms, and they are supposed to be more neutral. If you want to hear those things, go read an op-ed or a blog by a conservative.

Please show me where "the media" says that. Are we talking about pundits and opinion writers? If so, there are many who say they opposite as well! I, as a person who writes her opinion for a living, happen to believe that cutting corporate taxes to the point that has allowed companies like Wal-Mart to expand as much as they have has been detrimental to small businesses that can't compete on that scale. And while I am a part of "the media" -- I am not "the media" itself. I'm also not a reporter. I can say what I think, just as conservatives who don't believe what I do can say what they think.

Media literacy is important. I cannot tell you the number of times, when I was writing op-eds for more general sites, that I would get comments like "You're biased! Why don't you just tell the facts and let us come to our own conclusions" and I would have to explain that it was not my job to do that -- and, quite frankly, if you don't understand the difference between reported news and editorial, then I don't even want to know what "conclusions" you draw from the facts.

This isn't to say that reported journalism can't be biased -- because it can be. From story selection to the choice of headline. It's written by people, and although there is certainly an attempt made to be neutral, everyone has a different idea of what neutral is. That, again, is why media literacy is important.

Again -- which media? "The Media" is not a monolith. It includes reported journalism, opinion journalism, talk radio, talk shows, music, art, entertainment, etc. etc. It includes practically everything, all kinds of people, all kinds of opinions. Some of which include positive representations of "people of faith" (Christians, they're really just talking about Christians here), and some of which include negative representations.

THAT DOESN'T EVEN MAKE SENSE AS A QUESTION. I would love to see them find a straight reported piece in which gun violence was attributed to the Second Amendment. Not an opinion piece, a reported piece. They are the ones who have criticized "the media" for referring to "shootings" as "shootings" because they think that accurately describing what happened makes people not like guns. Calling a shooting a shooting is not "bias," it's accurate.

WHAT MEDIA? Is conservative media not media? Because I'm quite certain they don't do that. Also, even in opinion journalism, we don't just say "Welp, Donald Trump voters are all racist jerks and we're not going to explain why! They just are! Take our word for it, because we have no facts."

Here is how things work! A reporter gathers facts about a story by asking people involved about it. That reporter then reports what they say. For instance, if a crime has been committed, a reporter will ask the police investigating the incident as well as witnesses. If the reporter says "Police are saying the suspect is 5'8" with buck teeth and a battleship tattooed across his chest" -- that is not the reporter drawing conclusions. That is the reporter explaining what police are saying.

After that, there may be pundits who suggest that maybe he was in the Navy or something, because of the tattoo. Does that mean that the initial reporter had it in for the Navy? No, it does not. If it turns out the police are wrong and the suspect is actually 6'2" with straight teeth and a giant iguana tattooed across his chest, was the reporter lying? No, because the reporter was reporting on what the police were saying.

Yeah, spend literally all of your time whining about how the "mainstream media" is unfair to you. This is definitely what the president should be doing with his time. Very good idea.

HEY, why not! Maybe Trump will yell at us also, and we'll get some nice Streisand-effect clicks and donations!

After entering my "information" (not my real information), I was immediately directed to a page asking me to give Donald Trump money in order to fight the "mainstream media."

I realize it's possible that my memory is fuzzy here, but I don't recall President Obama, or any other president in my lifetime, asking for donations to help him do stuff, particularly something as vague as defending "our movement" from the mainstream media, which you can't do unless you just get rid of the First Amendment entirely. Likely, this has something to do with the fact that he signed up for re-election on day one, which is highly unusual.

So basically, Trump is taking people's complete misunderstanding of how "the media" and the First Amendment operate, and using that to ask them for money. Seems legit!

You know what's legit? Us. Help Wonkette tell Donald Trump to fuck himself three ways to Sunday, every day for the next four years.