How Is Trump Destroying Decades Of Western Peace And Prosperity Today?

Did you see the picture released by the German government, of the G6 Plus One Fucking Idiot Whose Pompous Ass Is In Way Over Its Misshapen Head? 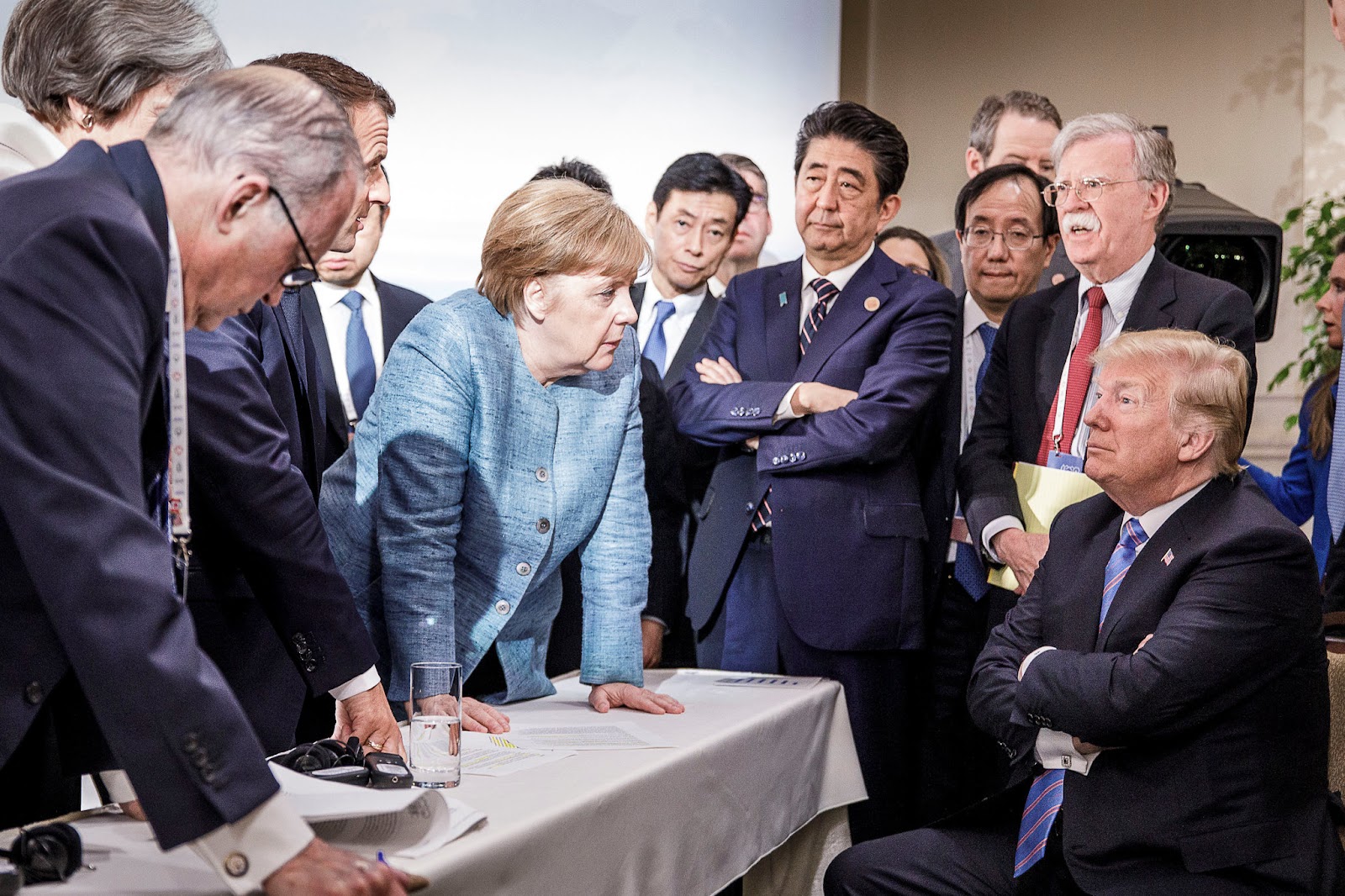 Donald Trump has bumblefucked his way to Singapore on Air Force One so he can get rolled by Kim Jong-un, after leaving the G7 early. And oh, the temper tantrums that have been had, by our president!

It seemed OK at first. Sure, before Trump left, he made some senile shit-yammers about how everybody is robbing America's piggy bank and how that's GONNA STOP NOW. And initially after he left, Trump tweeted a thing about how he had totally Art Of The Deal-ed all our allies, by staring them in the eye and saying some bullshit about tariffs that exposes how Trump doesn't know a fucking thing about how trade works and is unwilling to learn.

And all the leaders released a joint communique, like they do, even though all the news reels say Trump acted like a pain in the ass the entire G7. He was probably just upset to be surrounded by thick-skinned democratic leaders without Daddy issues, and really wished he could cuddle with Vladimir Putin, who is not allowed in the G7 anymore.

But then suddenly, from the airplane, Trump tweeted the following bullshit, because Our Most Holy Justin Trudeau, President Of Sexxxiness And All Other Good Things, had fucked him over, therefore he was UN-SIGNING THE COMMUNIQUE, TAKE THAT:

Based on Justin's false statements at his news conference, and the fact that Canada is charging massive Tariffs to our U.S. farmers, workers and companies, I have instructed our U.S. Reps not to endorse the Communique as we look at Tariffs on automobiles flooding the U.S. Market!
— Donald J. Trump (@realDonaldTrump) June 9, 2018

PM Justin Trudeau of Canada acted so meek and mild during our @G7 meetings only to give a news conference after I left saying that, “US Tariffs were kind of insulting" and he “will not be pushed around." Very dishonest & weak. Our Tariffs are in response to his of 270% on dairy!
— Donald J. Trump (@realDonaldTrump) June 9, 2018

And we were off to the races! And what had Mean Justin done? Oh, he just gave a presser after Trump was wheels up saying Canada would probably have to retaliate against the stupid and unnecessary tariffs Trump is putting on Canadian aluminum and steel. Mean Justin had said such things before, but THIS TIME WAS DIFFERENT.

Now all the governments -- of our closest allies! -- have been releasing statements about what they really think about Donald J. Fuckstump. For example, here is French President Emmanuel Macron, who is usually SO NICE AND FLIRTY with Trump. Guess that little game of Flatter The Idiot is over, because Macron is talkin' shit:

"International cooperation cannot depend on fits of anger or little words. Let us be serious and worthy of our people," French President Emmanuel Macron's office said in a statement obtained by Le Monde.
The statement, which did not mention Trump by name, appeared to come down on the president for "incoherence and inconsistency" in his snub of the communique, which includes a commitment to a "rules-based international trading system" and to combating protectionism.

In response to our closest allies committing the grievous sin of not taking Shitwad McOrange seriously, Trump idiots were dispatched to the Sunday shows, to make giant fucking asses of themselves. Trump trade adviser Peter Navarro said "GRRRRRR ARGH THERE IS A SPECIAL PLACE IN HELL FOR JUSTIN TRUDEAU POOP FART ANGER WORDS!"

OK, here is the real quote, which is basically just like the way we transcribed it:

"There's a special place in hell for any foreign leader that engages in bad-faith diplomacy with President Donald J. Trump and then tries to stab him in the back on the way out the door," Navarro said in an interview on "Fox News Sunday." "And that's what bad-faith Justin Trudeau did with that stunt press conference."

That was melodramatic, but we are really LOLing at that TV guy who thinks he knows about economics, Larry Kudlow, who explained that Trump's temper tantrum was about making sure he looks STRONG in front of Kim Jong-un, by proving that he can have really big temper tantrums on Twitter:

"POTUS is not gonna let a Canadian prime minister push him around," Trump's chief economic adviser, Larry Kudlow, said on CNN's "State of the Union." "He is not going to permit any show of weakness on the trip to negotiate with North Korea."
"So this was about North Korea?" CNN host Jake Tapper asked.
"Of course it was, in large part," Kudlow said. "Kim must not see American weakness."

"Kim must not see American weakness"? LOLOLOL, better make sure Kim never gets a look at this guy: 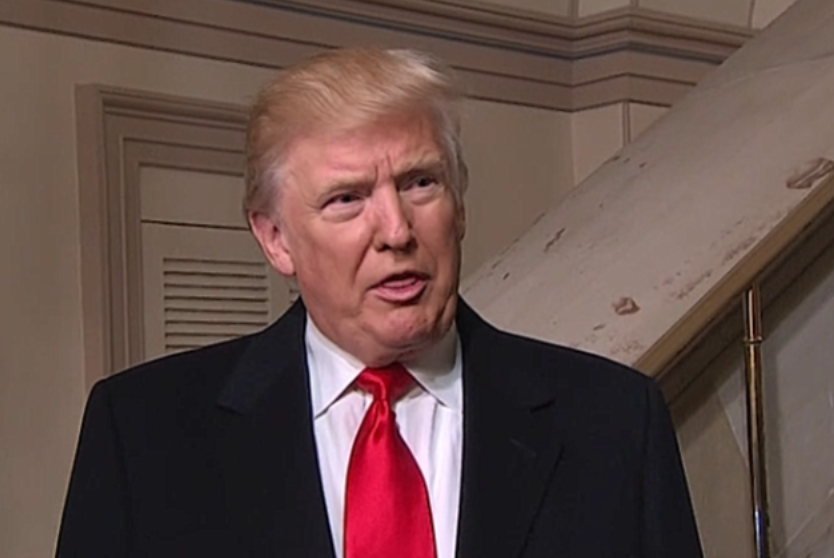 Seriously, the mere notion of Donald Trump thinking he'll ever be a bigger man than this guy is making us LOL: 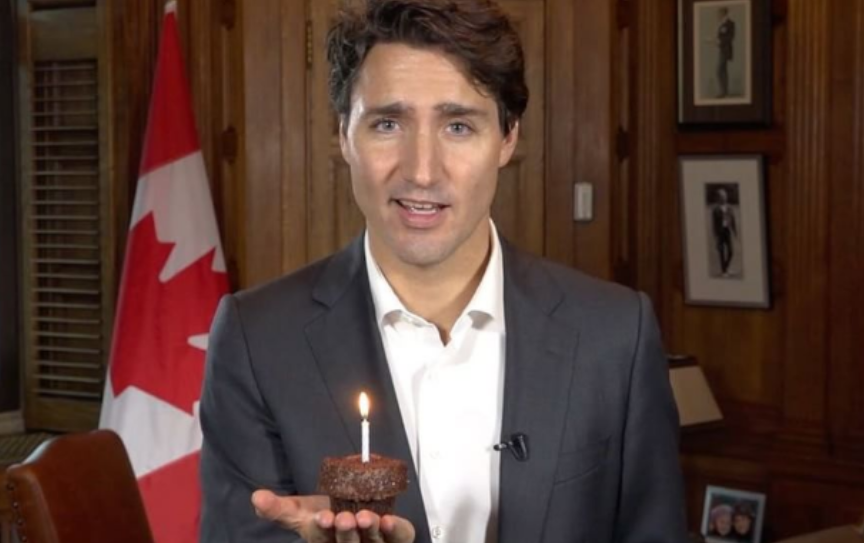 Trump has continued his Tariffs, How Do They Work tirade on Twitter since landing in Singapore, which is obviously exemplary of what Kudlow was talking about when he said Trump wants to look as strong as possible going into his meeting with Kim Jong-un. As we all know, in the failing white man shit brain of Trump, the way to look "strong" is to scream and cry on Twitter while everybody points and laughs at you because you obviously have zero understanding of how the real world works.

And now, the Western alliance, the community of democracies that ushered in decades of peace and prosperity, the one that won the Cold War, is in tatters. Will it recover? Sure, someday, but not while this fucking fool is around, so let's all go vote bigly in November to give him a Congress that can stop him in his tracks, and we'll hope that by the time he is at last pushed out of office, our longtime friends will be willing to take us back into the fold of civilized nations.