Trump Ghostwriter So, So, So Sorry He Made It Look Like Trump Was Not A Monster 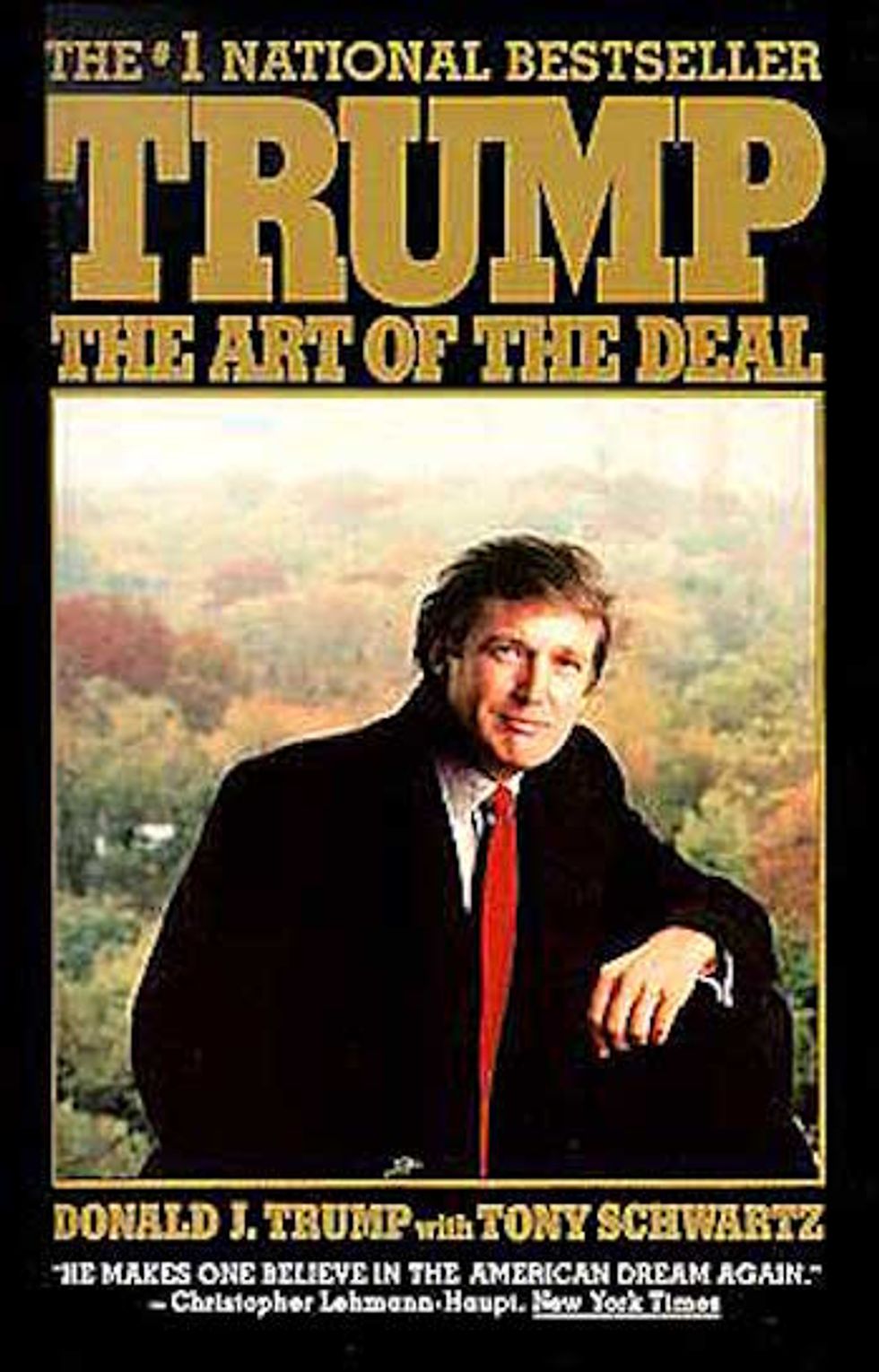 If Donald Trump is elected president of the United States this November, we just may have Tony Schwartz to blame. And no one feels worse about about that than Tony Schwartz. Seriously, he is very, very sorry and regrets everything he did to make this possible.

Schwartz, you may know, is the co-author/ghostwriter/actual author of Trump's "The Art of The Deal," the book which arguably established Trump's reputation as a fabulous negotiator and businessman. In a hell of an interview over at The New Yorker, Schwartz expresses his deep regret for having ever made this Faustian deal, as well as his fears about a Trump presidency.

“I put lipstick on a pig,” he said. “I feel a deep sense of remorse that I contributed to presenting Trump in a way that brought him wider attention and made him more appealing than he is.” He went on, “I genuinely believe that if Trump wins and gets the nuclear codes there is an excellent possibility it will lead to the end of civilization.”

Schwartz actually got the offer to write the book after having written a scathing article in New York Magazine about how Trump unsuccessfully tried to get rid of rent-controlled and rent-stabilized tenants in one of his buildings by housing homeless people in them. Trump loved the article, he said, because "everyone read it." Trump didn't care that it was a negative article, because any publicity was good publicity.

Schwartz didn't like Trump, at all, for any reason, but the money to write the book was too good to pass up. Unfortunately, this meant spending a crap ton of time with Trump and learning all about how awful he was, while trying to make him seem likable in the book itself. He even tried to put a positive spin on his tendency to lie all the damn time:

When Schwartz began writing “The Art of the Deal,” he realized that he needed to put an acceptable face on Trump’s loose relationship with the truth. So he concocted an artful euphemism. Writing in Trump’s voice, he explained to the reader, “I play to people’s fantasies. . . . People want to believe that something is the biggest and the greatest and the most spectacular. I call it truthful hyperbole. It’s an innocent form of exaggeration—and it’s a very effective form of promotion.” Schwartz now disavows the passage. “Deceit,” he told me, is never “innocent.” He added, “ ‘Truthful hyperbole’ is a contradiction in terms. It’s a way of saying, ‘It’s a lie, but who cares?’ ” Trump, he said, loved the phrase.

WOW! That certainly sounds familiar! In fact, it sounds like his whole campaign so far. "TrumPence 2016: It's A Lie, But Who Cares?" It also kinda sounds like what Trump is saying about the book now, which is that he wrote it himself. Basically no one involved with the publishing of the book is backing him up on this, but he's saying he did anyway.

In my phone interview with Trump, he initially said of Schwartz, “Tony was very good. He was the co-author.” But he dismissed Schwartz’s account of the writing process. “He didn’t write the book,” Trump told me. “I wrote the book. I wrote the book. It was my book. And it was a No. 1 best-seller, and one of the best-selling business books of all time. Some say it was the best-selling business book ever.” (It is not.) Howard Kaminsky, the former Random House head, laughed and said, “Trump didn’t write a postcard for us!”

Another fun piece of dirt from the interview is the fact that Trump held a big party, with 900 of his closest friends, for the book when it premiered, and then told Schwartz that he was responsible for half the bill. What a mensch! Also, apparently all the SUPER GREAT DEALS covered in the book were yugely exaggerated, the idea of Trump as a self-made-man was also greatly exaggerated, and apparently dude has zero attention span at all, and, according to Schwartz, it is unlikely that he will even be able to sit through security briefings.

Schwartz wants everyone to know both how terrible Trump is, and how deeply, deeply sorry he is for having ever written that stupid book for him. He is trying to make it up, in a very small way, by giving his half of this year's royalties to groups for immigrants and other shit-upon people.

“I’ll carry this until the end of my life,” he said. “There’s no righting it. But I like the idea that, the more copies that ‘The Art of the Deal’ sells, the more money I can donate to the people whose rights Trump seeks to abridge.”

The sad thing is -- as much as Schwartz may want to walk it all back, and do what he can now to stop Trump -- it's unlikely that any of his criticism will sway Trump voters, who apparently think he is the second coming. Of course, it's probably equally unlikely that any of them have even bothered to read that book, or any books, in the first place. So maybe he doesn't need to feel too bad.